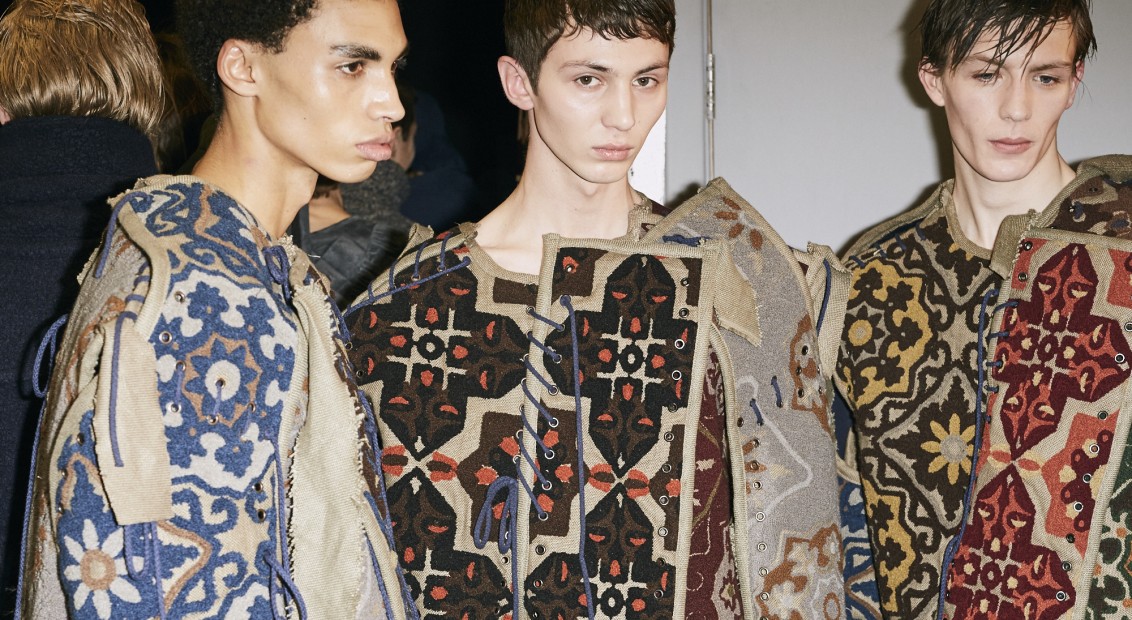 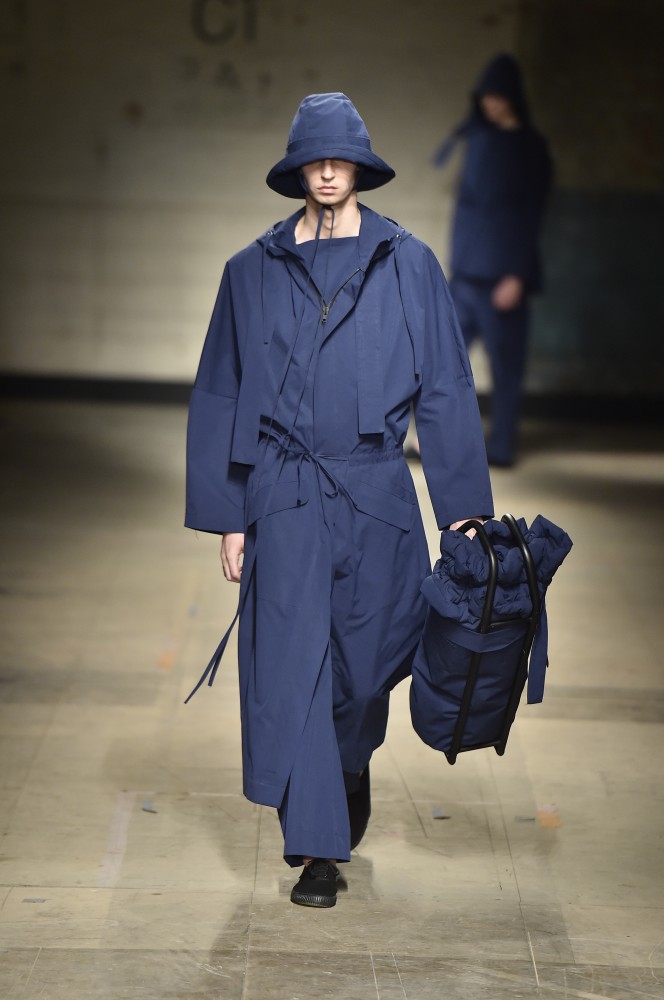 All eyes were on Craig Green on the first day of London Fashion Week Men’s. Fresh from taking out the British Menswear Designer prize at the London Fashion Awards in December, the designer presented a coherent and unflinching show that continued the journey he has charted since his debut show in 2013.

Cited as ‘anonymous travellers’, the models bound together in one pursuit – some looks only had small variations, becoming uniforms for the wanderer who may be unsure of their destination. Some models wore robes made of multiple heavy tapestry carpets, building on looks from his SS17 collection, communicating ideas of armour, protection and isolation.

Looks were simultaneously functional and dysfunctional, with silhouettes augmented, hoods obscuring eyes and straps dragging behind them. Carrying blankets and wearing puffer jackets, Green’s men were well-equipped but ultimately restricted, travelling together but ultimately alone. Those kind of tensions are what ultimately define Green’s output. Weaving stories founded in notions of travel and community, his collections channel an emotional connection to cut and fabrication, often using complex techniques to achieve a certain look or feel. Together, they become clothes that look coded with memories, and the experiences of the wearer