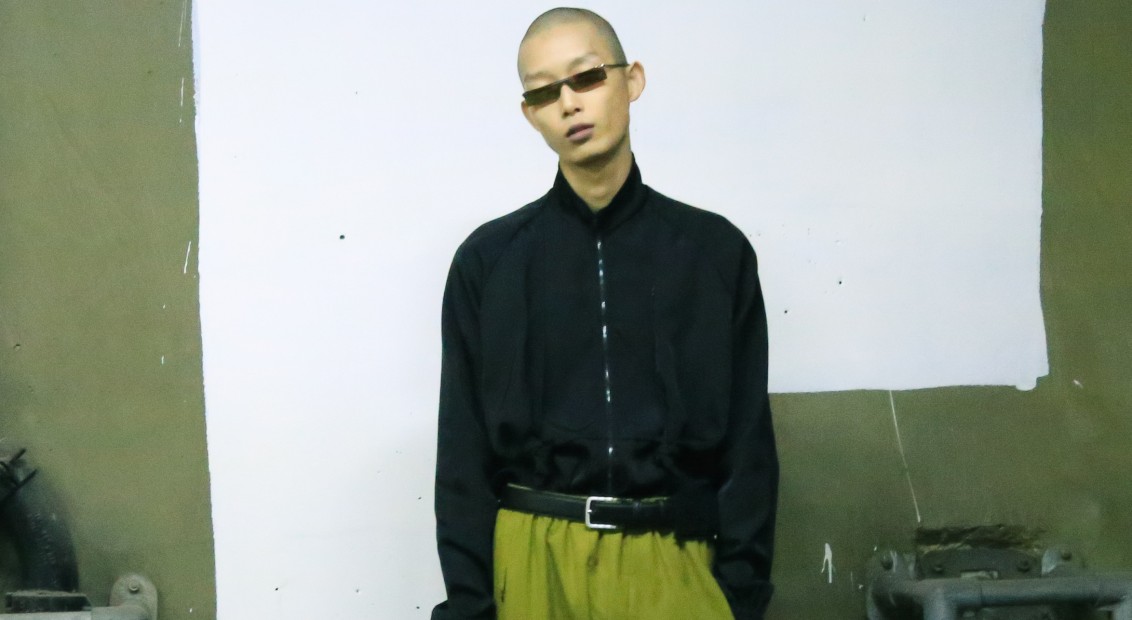 The Lost Art of Cruising

A stone’s throw from London’s ancient Roman city walls, the fashion press huddled round elevators like miners awaiting their shift, before plummeting down twelve floors into Cottweiler’s subterranean FW19 setting. Prior to the show, Ben Cottrell and Matthew Dainty spoke to us about the importance of their hometowns, Bristol and Essex respectively, in helping shape this season’s vision. Specifically, this was about the collision point between urban and rural, no better embodied than the two (water) spouting urinals covered in algae that stood either side of the runway – an allegorical nod to urban brutalism submitting to nature’s advances.

This heavily tailored collection – titled “The Lost Art of Cruising” and produced in collaboration with Milanese label Allegri – riffed on the idea of the affluent suburban male with a Jekyll and Hyde lifestyle, off for a round of eighteen or a stroll with his pedigree breed, before then heading to dark corners for shady, anonymous hook-ups. (Giving a whole new meaning to the gushing urinals.)

Luxury car names appeared throughout, mirroring a kind of conspicuous consumption associated with suburban wealth while simultaneously playing with the ideal of ‘masculine’ interests by cinching the t-shirts on which they appeared into crop tops that exposed bare midriff beneath.

This being Cottweiler, the two-piece tracksuit and cap were at the heart of proceedings, seamlessly embedded alongside tailored outwear pieces (Allegri’s raison d’être) inspired by the deep sea, which will be shown at this year’s Pitti Uomo. Above all, however, this was a collection centred on the subversion of traditional masculine dress codes, a fresh take on sportswear spliced tailoring that adds an exciting new string to the Cottweiler bow. 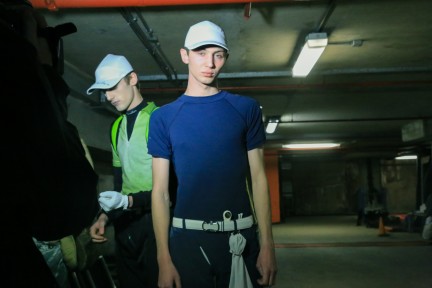