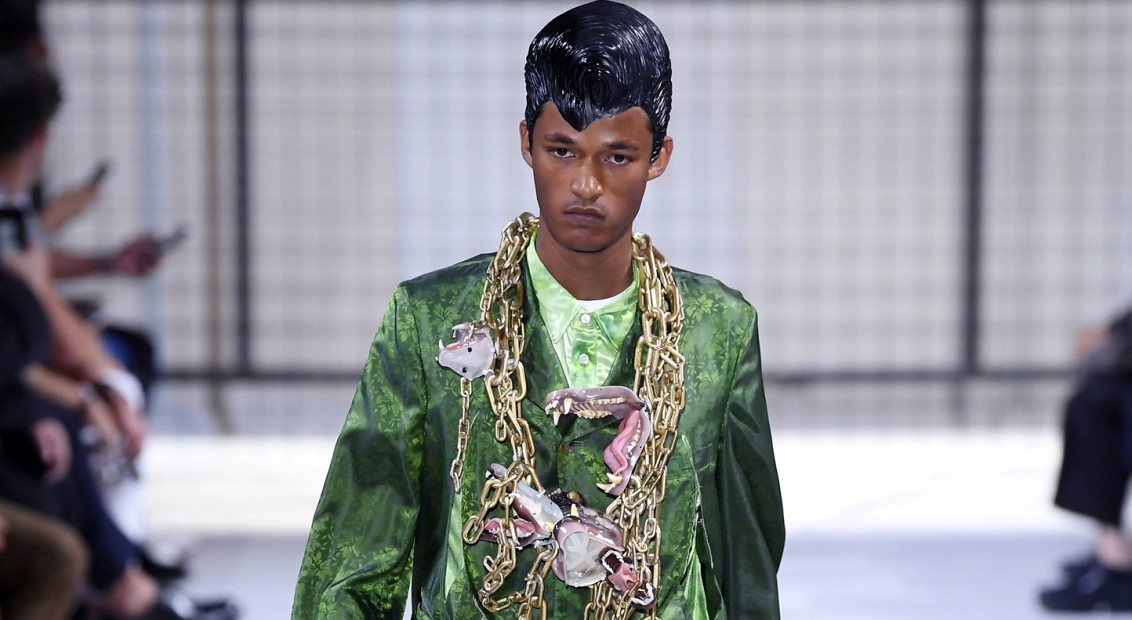 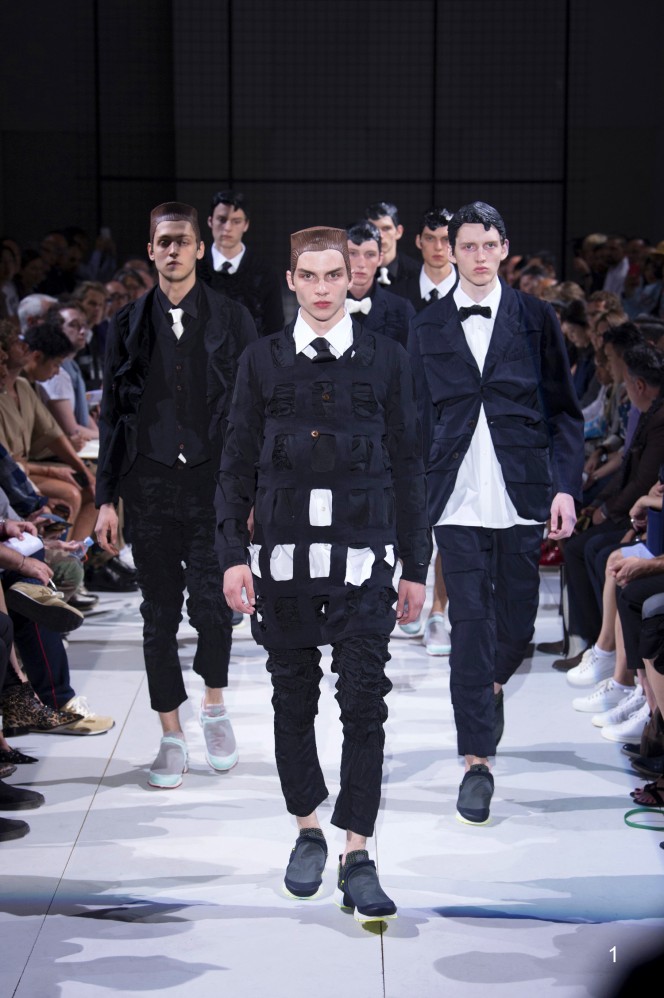 While Rei Kawakubo’s concise definitions of her collections are always cryptic, it’s rare that they are this tongue-in-cheek. Described simply as “crazy suits”, it was a headfirst dive into the designer’s off-beat perspective on tailoring, with her trademark checks and polka dot prints sitting alongside jackets made of tulle-like pailletes that recalled camouflage and jangling necklaces decked out with glass eyes and reptilian bared fangs that appeared like something from the archive of Kawakubo’s one-time collaborator, Judy Blame. There was almost a touch of violence to it: with the cage-like backdrop and the four-to-the-floor beats, the models marched out like an army of possessed warriors.

A notable styling detail was the series of slicked back, waxy headcaps shaped as human hair — some looked like they had been scalped from a Ken doll, others had an Elvis-like cow’s lick — references, perhaps, to paradigms of masculinity that Kawakubo is always more than happy to invert. Besides a series of more traditional black suits with spotted lapels, she took her scissors to the usual tailored shapes, ruching and ripping the fabrics until they puckered and split.  It had a shabby charm, but also felt ready for the battlefield.