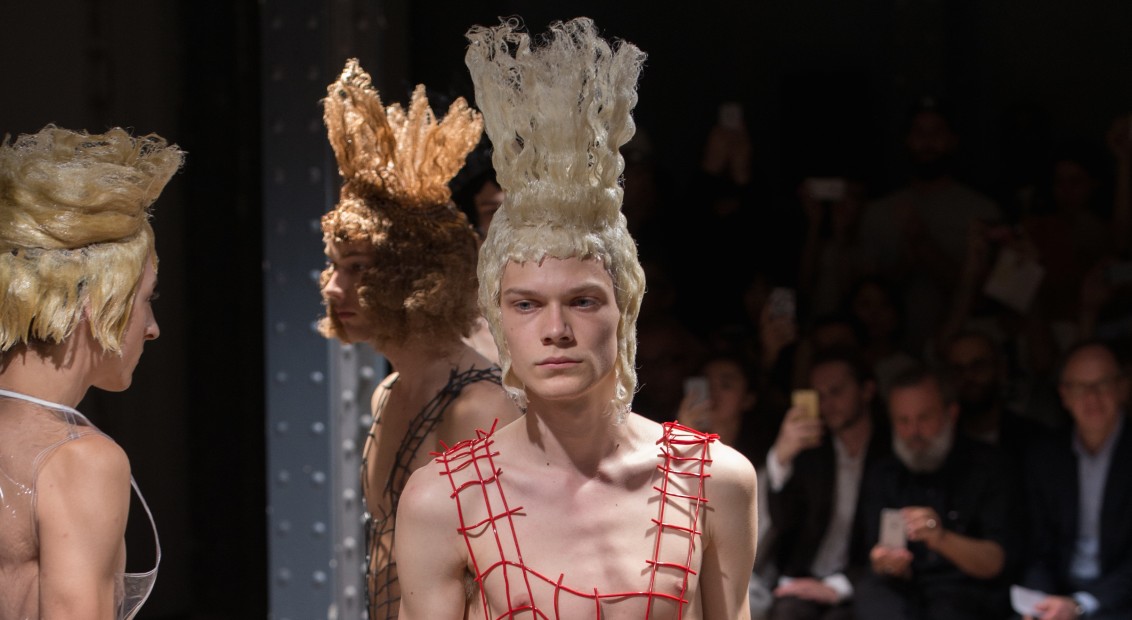 The king is naked 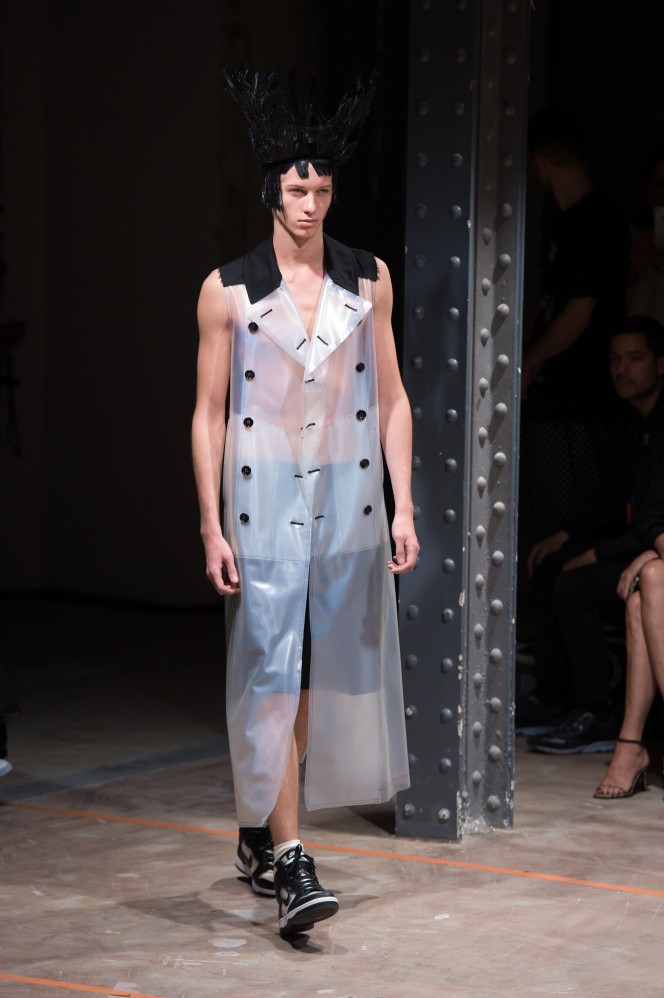 Hans Christian Andersen’s The Emperor’s New Clothes is a parable ingrained in society’s consciousness: an emperor duped by two conmen into paying them to create his new wardrobe, only to be given clothes that were “invisible to anyone who was unfit for his office”. Believing that he is wearing the finest clothing, he parades naked through the streets and his courtesans are all too afraid to call him out.

Andersen could very well have penned his classic in reference to today’s cultural climate. It seems that each day we are told about ‘the next big designer/brand/band/actor’, and as a collective we buy into it without a second thought, leading to a docile, homogenised society.

Yesterday, Rei Kawakubo riffed on these concepts with a sharp-tongued collection, teasing the notion of overexposure. Particularly vocal, her SS17 collection voiced her frustration through slogans reading ‘The King is Naked’, ‘It’s My Fashion’ and ‘Beauty is in the Eye’.

Kawakubo’s flower boys of FW16 have grown up to become royalty. With their hair manipulated into incredible towering crowns, they appeared in mostly transparent looks bearing these idioms with biting emphasis. Through these layers of see-through PVC, the idiosyncrasies of the human body became a backdrop for netted tops and in black red, however it proved most dramatic when when the plastic looks came rendered as whole outfits, just paired with cotton poplin boxers – evoking an air of naivety and innocence.

The King may be naked from head to ankle, but he’s wearing some serious footwear: those transparent Comme des Garçons Homme Plus x Nike Dunk you didn’t know you wanted have just become essentials (official comment: they will be going into production). A series of tailored looks adorned with Fornasetti’s iconic Lina Cavalieri portrait extended the De Stijl palette.

Attempting to untwist Kawakubo’s conceptual rubrix cubes often proves futile, yet here a sense of frustration was clear. At times we can all be accused of being like the Emperor’s courtesans, passively lapping up what we are fed without revealing our true feelings for fear of going against the grain.