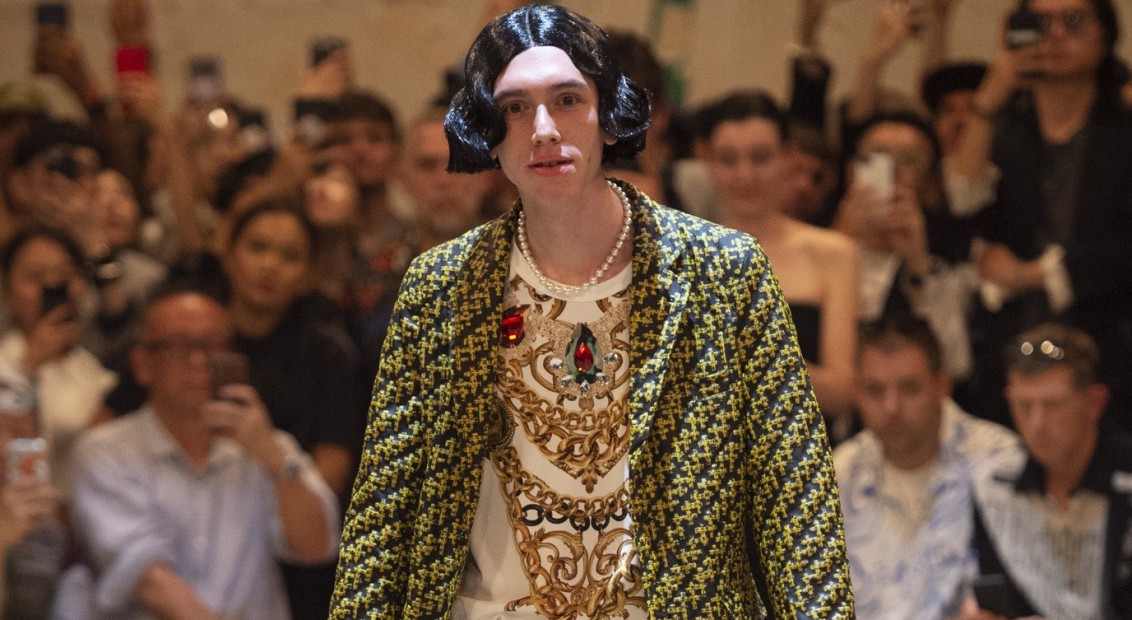 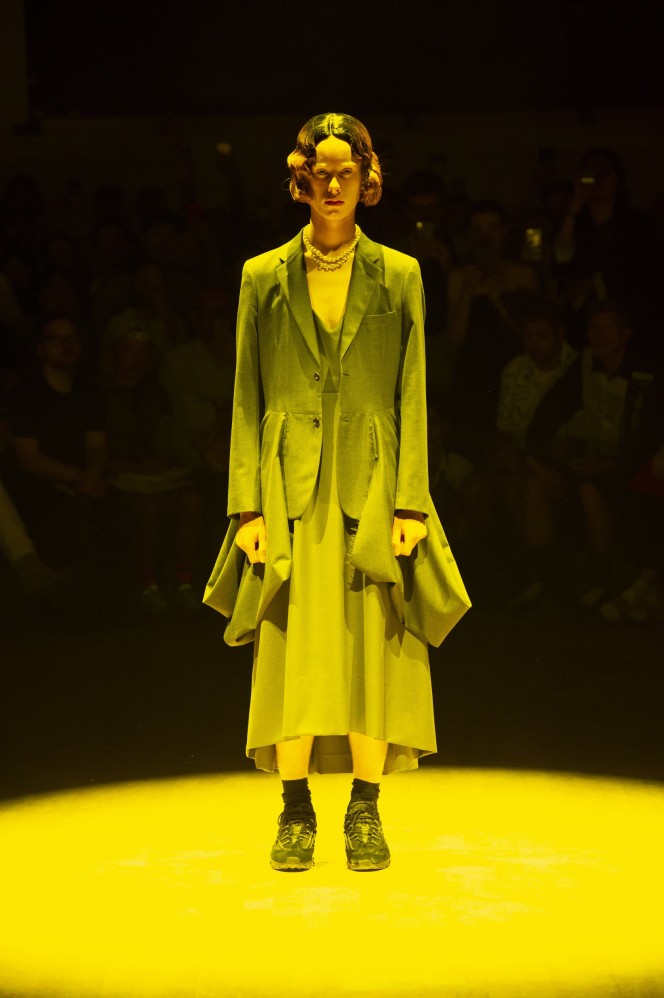 In December this year, Rei Kawakubo will be costuming an opera named Orlando. But, never one to miss an opportunity for creation, the elusive designer has billed the SS20 Comme des Garçons Homme Plus collection as Act I, meaning that the chunky, steampunk brogues, black lace details and Victoriana frills shown in Paris are a sign of things to come. Act II will come in September with womenswear, before the opera itself, due to be held at Vienna’s World Theatre.

Incidentally, some of the earliest examples of gender transgression took place in opera and theatres across the world, albeit because women were banned from stage. Still, Rei seemed to look to this tradition of costuming by blurring gender conventions; black overcoats came with corset detailing, whereas frilled, pinstripe dresses were slashed in middle from the waist down, worn with printed, straight-leg trousers and lace-up trainers.

Highlights came towards the collection’s tail end, which saw male models take to the runway in sharp blazers and flouncy, layered skirts, flecked with modified houndstooth prints. Overcoats emblazoned with colourful, sci-fi graphics came with bustle detailing at the back, whereas shorter jacket sleeves were interrupted by puffs of silk fuchsia. Rei has always designed without gender in mind; this progressive ethos teams with historical references to create a visual language which needs no explanation.