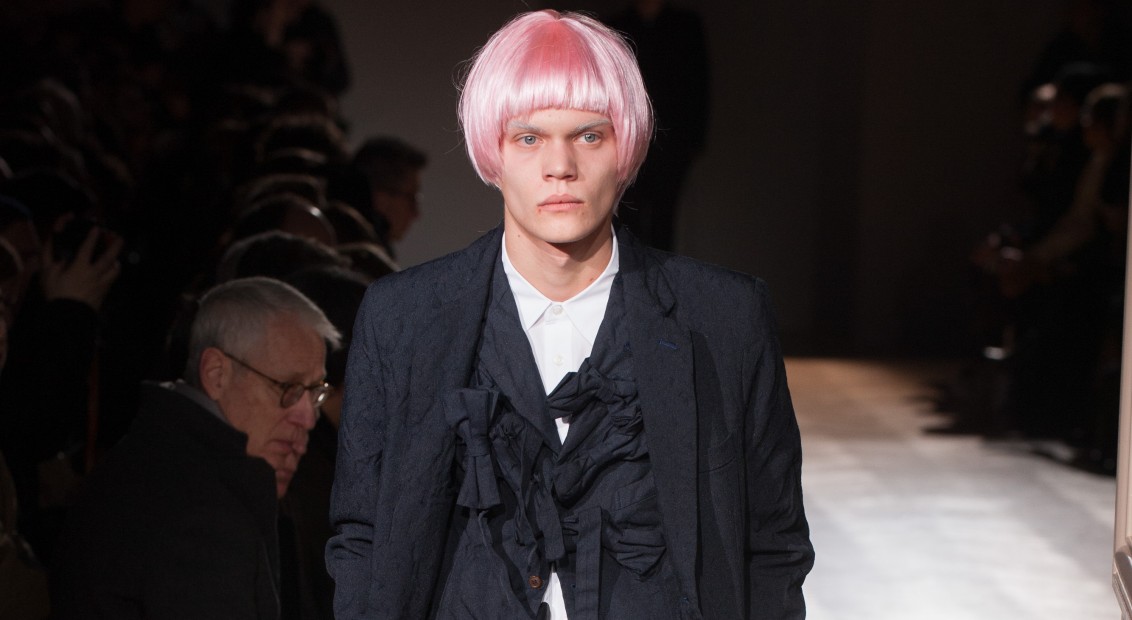 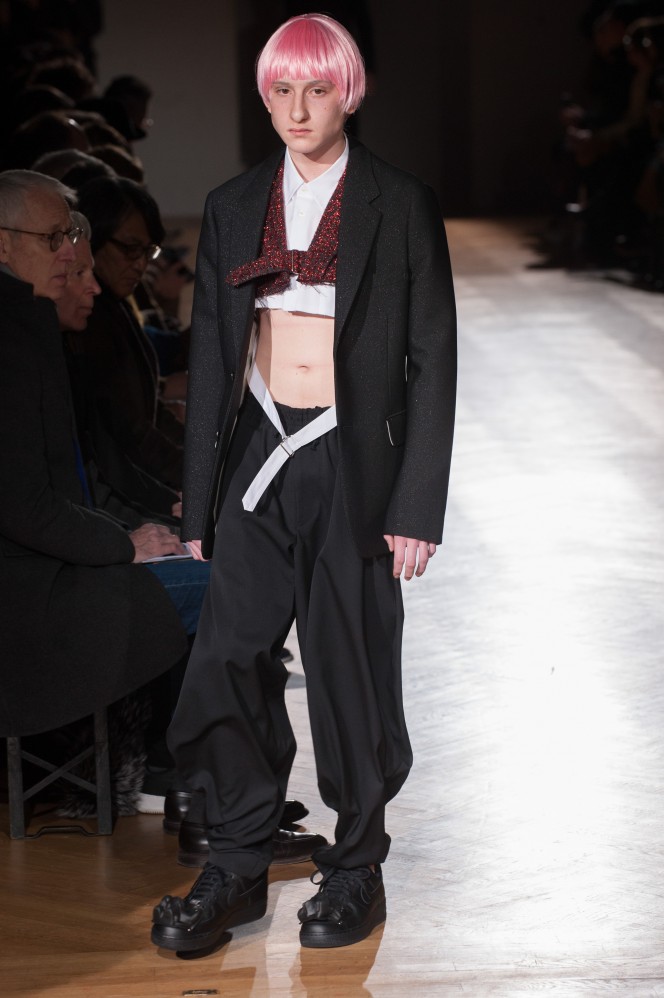 41 Catwalk Images
The word “freedom” was embroidered on the back of a jacket at Comme des Garçons Homme Plus. Perhaps a clue to Rei Kawakubo’s thoughts this season. But who really knows? The designer is famed for keeping the intent behind her collections hushed, and the collections themselves impossibly cubist.
Kawakubo’s deft tailoring, pinched, spliced, slashed and monochrome, was the base for the season, with added, subtle gestures of military-wear. But the uniformity was undermined by a wonderfully absurd bricolage of fantasies. Not in the least, given the casting of pallid boys in sherbet-y wigs that called to mind bishōnen (the Japanese aesthetic-phenomenon of hyper-beautiful, delicate young men). Some details were feminine: floral brocades, glittering lurex, exposed abs, culottes that billowed like skirts. Others, child-like: 3D plastic dinosaurs, cars and trains stuck onto Nikes, or on the backs of jackets. Homage was also paid to Teddy Boys, with some heavily draped suits styled with brothel creepers. It was all part of an overarching narrative that felt spiritedly rebellious, that told a story of identity outgrowing the fabric confines of the uniform. It was, indeed, an essay on the question of freedom – and a beautifully argued one at that.