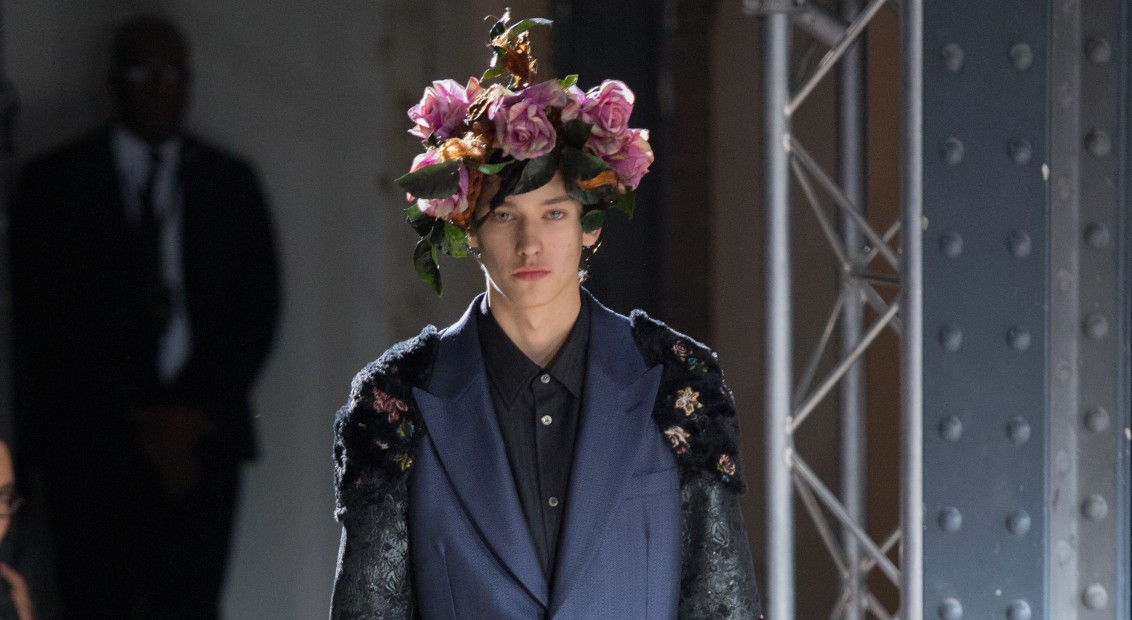 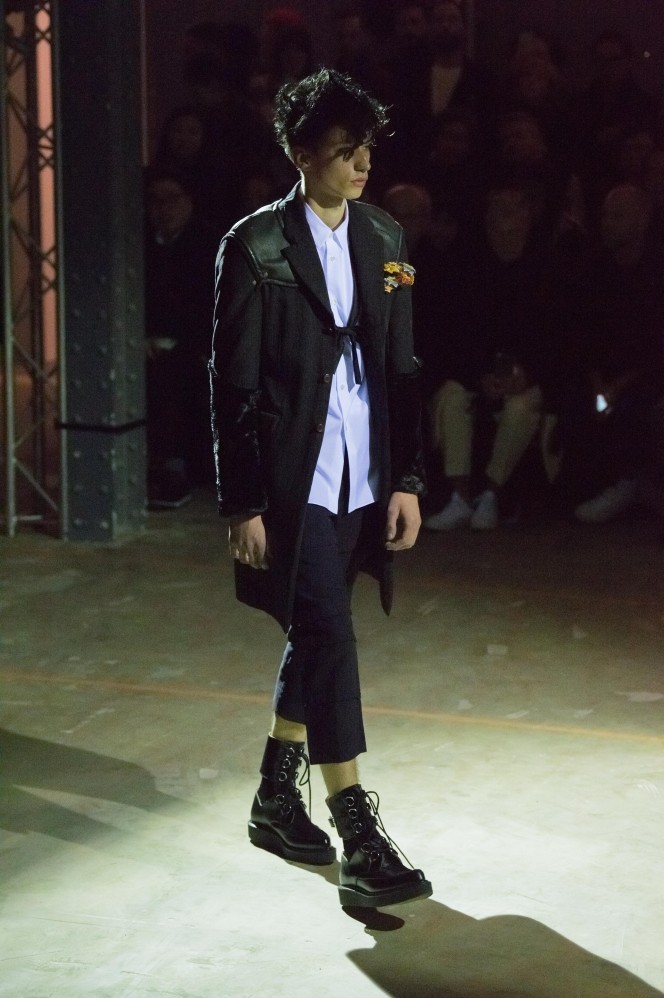 Deep in the basement of Le Centorial models appeared in bloom, adorned with head pieces created with flowers, they also carried them and wore them (towards the end) as brooches. The tone felt dark and tenebrous with single spotlights adding to the mood. Delicacy like this was congruent with the clothes in which a slight sombre mindset was tapped.

Darker colours dominated the palette. Light tones – grey, white and beige – were interjected to add balance. And colour came paired with the blues and blacks on single- and double-breasted suits – and within the colour, floral motifs, some repeating – that continued this undertone of balance.

As looks continued to come you began to realise that floral inserts were panelled on shoulders, tops of arms and legs like armour. However, this was not armour built for war and violence, quite the opposite, these pieces represented peace, harmony and balance. With the delicate state of flux we find the world in today, here was Kawakubo’s peace treaty, sensitively applied with elegance and consideration. Like that iconic 1967 image of an anti-war protestor placing a carnation in the barrel of a National Guardsman’s gun, here was Kawakubo’s own floral offering, a metaphor for amity.

The day previous to the show Rei Kawakubo took a stroll and attended Gosha Rubchinskiy’s show. For a designer – like Margiela – who’s known famously for her reclusiveness and rejection of any form of media interaction, Kawakubo sitting front row was a big deal. Then again, Rubchinskiy’s line is produced and distributed by herself and DSM. With a creative voice such as hers who needs that front row lifestyle: seasonal concepts are sartorially loquacious leaving you throughly and creatively quenched, coming away with a glimpse into the designer’s psyche.