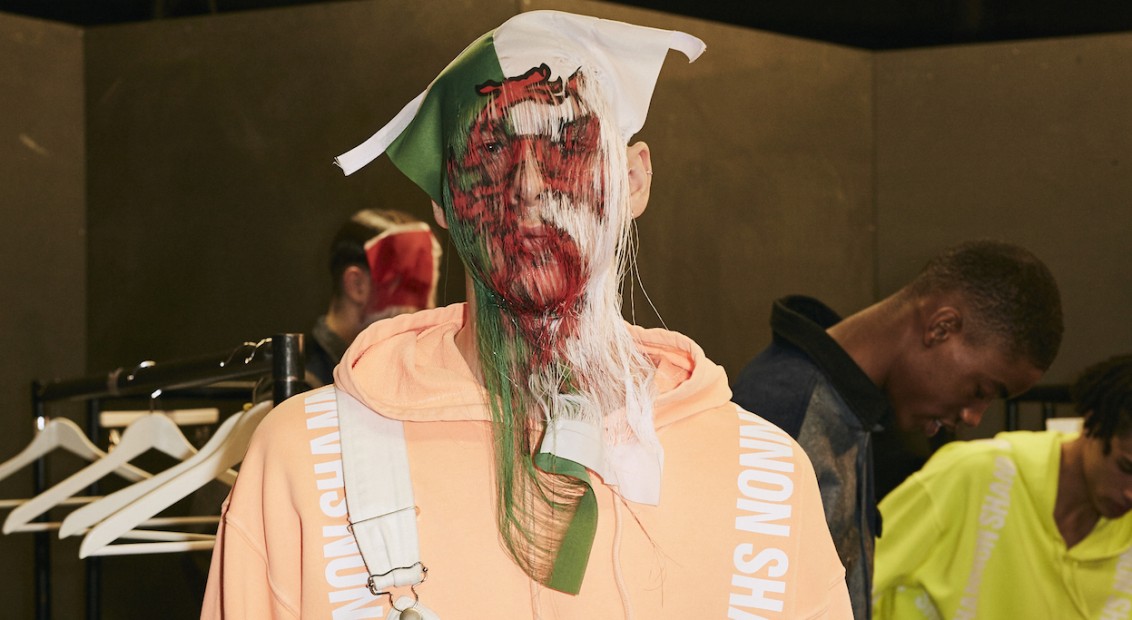 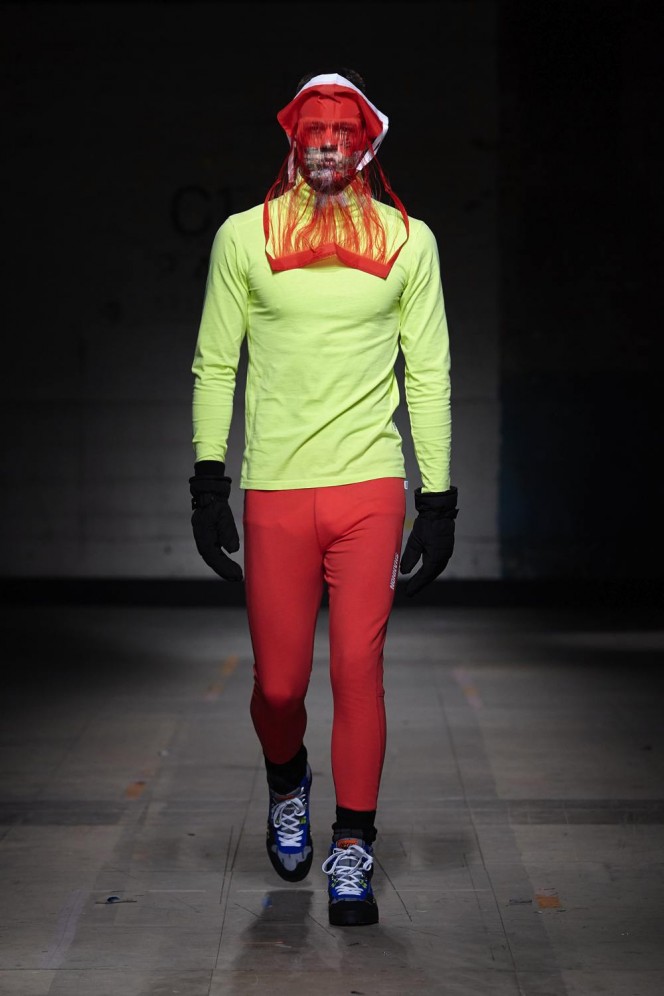 Christopher Shannon isn’t afraid of telling it how it is. Spurred by the social and political climate in the UK, this season the Liverpool-born designer used his staple sportswear silhouettes, ripped denim accents and clever parody logos as a platform to spotlight Brexit.

Models wore shredded flags as headdresses – of the United Kingdom, Wales and the EU. In a pre-vote interview with HERO, Shannon explained why he wanted the UK to stay in the EU, stating: “I don’t believe in segregation in any shape, surely as a race with all our differences the only way to move forward is together.” It’s no secret that Shannon knows how to create messages with meaning (and tongue in cheek) – just think back to his ‘Embarro Mental’ cig pack print for FW14, or last season’s play on consumerism and the whole Sports Direct debacle. Here, the collection used slogans to focus on the challenges facing society and youth culture right now, featuring tags like LOSS International, Constant Stress and Tumbleweed.

Colour-blocked denim jackets stood out strong, ranging from pastel blue, white and grey to striking teal, pink and purple tones. Amongst the dyed denim colour-blocking, we also witnessed head-to-toe ripped denim (killer), popper embellished joggers and trousers (a Shannon signature) as well as hi-vis style hoodies. Shannon has been cutting things back of late – last season he discussed being “exhausted” by the idea of luxury for the sake of luxury, instead drawing from his own memories of childhood and local fashion culture amongst the kids he grew up with. Here it was purified again, stripped to the essence of sportswear that works so well for Shannon, but with an overarching political undercurrent that highlighted the uncertain future faced by a post-Brexit world. 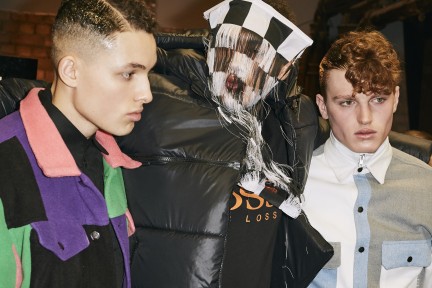