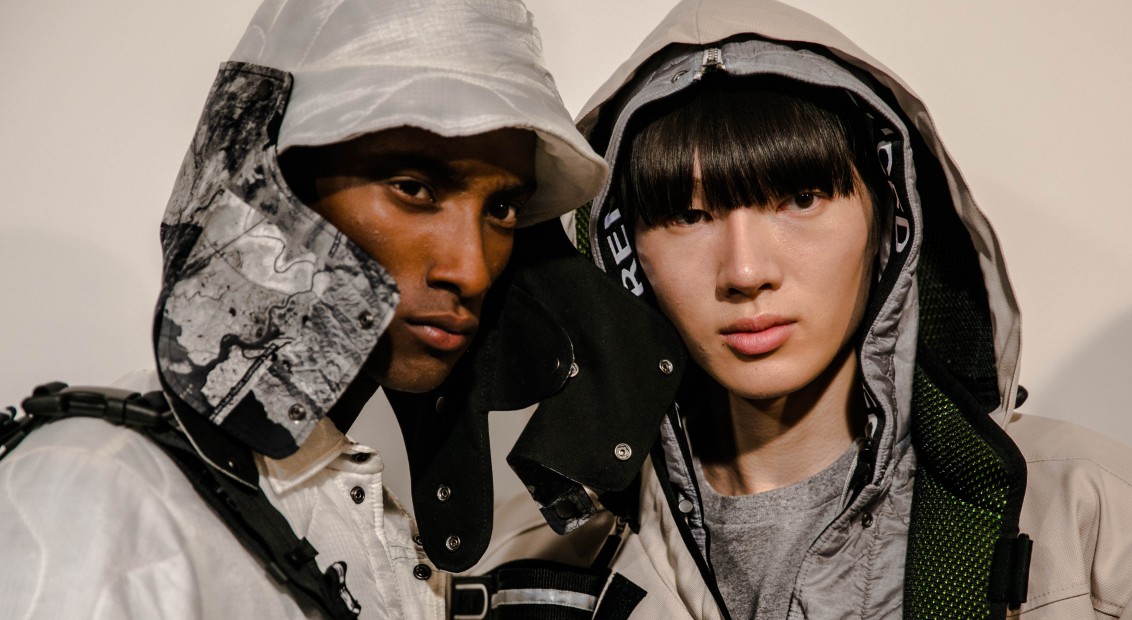 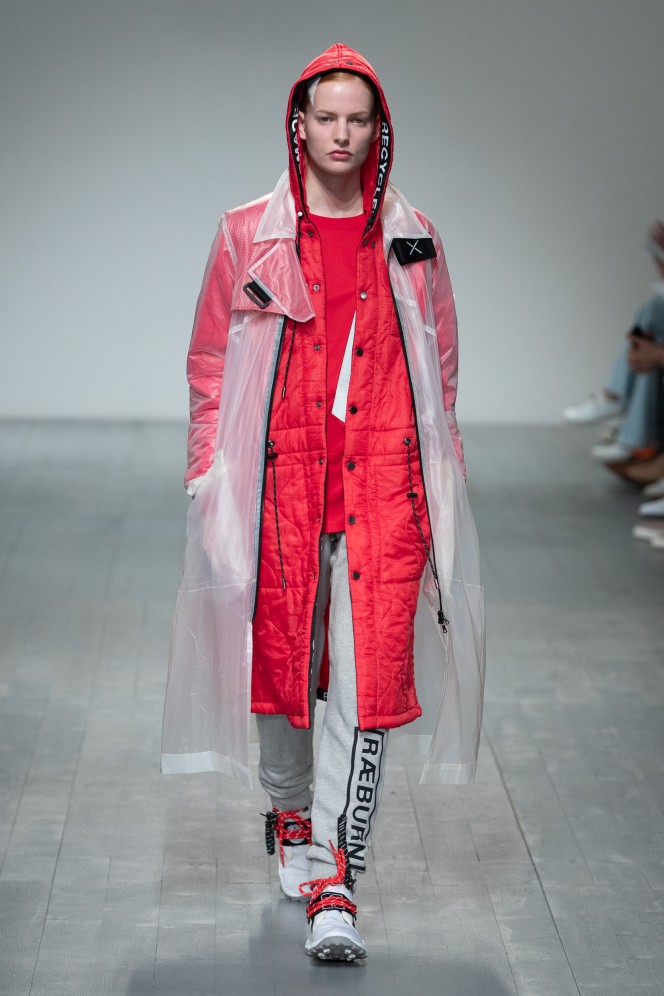 Christopher Raeburn’s SS19 line served as a call to arms to his near ten-year-old message to embrace sustainable fashion, offering a new collection urging us to be part of the solution and REACT NOW. The environment again played an important role, recent seasons have looked at world’s under-threat desert and oceans, this time Raeburn’s attention was focused on the melting ice glaciers, with a visual interpretation of the real effects of climate change on our world.

A new season, a new mascot for this designer: SS19’s panda. Featuring on t-shirts and as a backpack, the animal motif was poignant due to the giant panda no longer being an endangered species – a stark reminder of the effect our actions can have, both negative and positive. One of the most striking looks was an all over NASA print t shirt and trousers combo, with the glacier image becoming almost abstract when zoomed in. Raeburn also collaborated with Timberland on footwear and garments with old 1980s outerwear from the brand sourced at flea markets to create new remade looks. 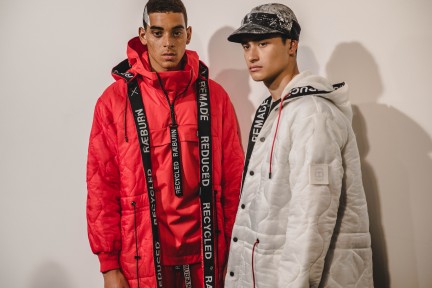