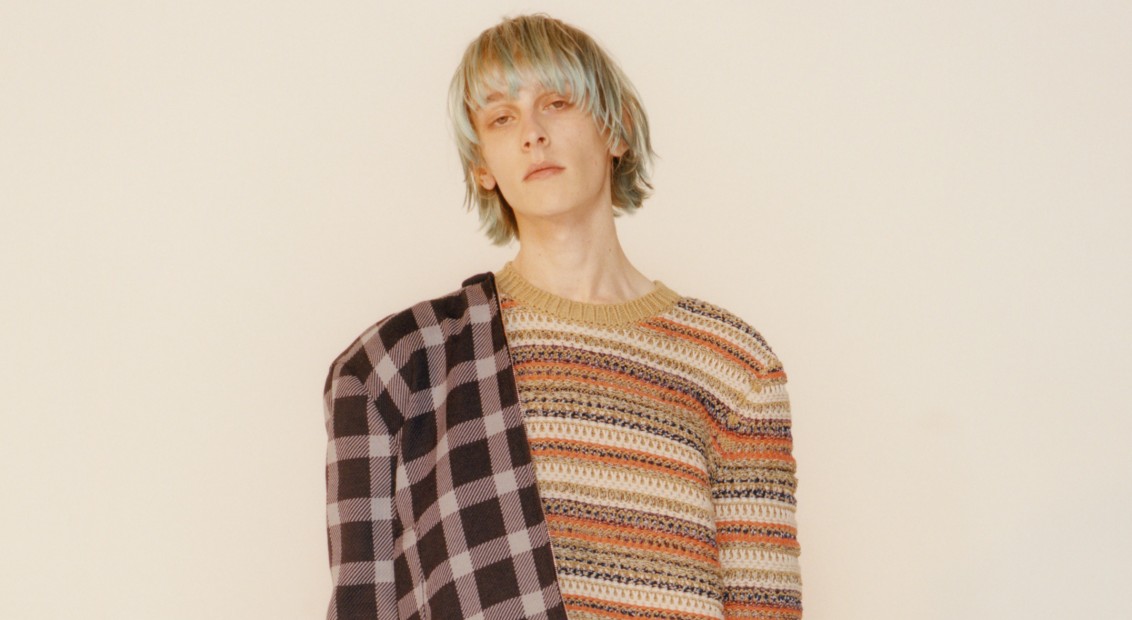 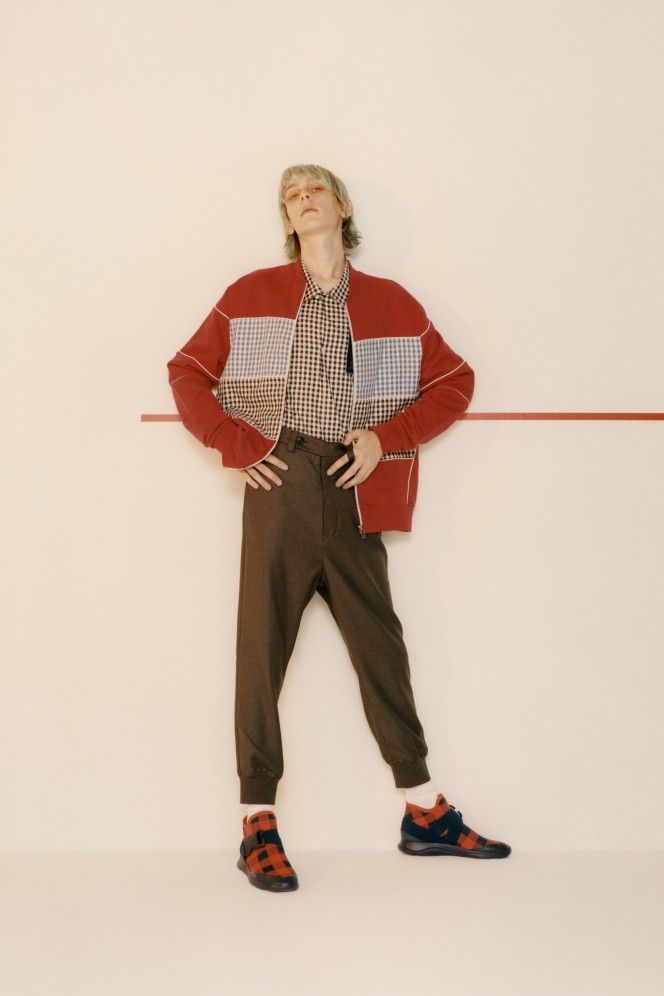 Since his debut at London Fashion Week in 2007, Christopher Kane has always paid tribute to his Scottish roots. Today at his first flagship store on Mount Street, Mayfair this personal and geographical reference was once again made manifest. Not in the polished, optic white space to which the collection was set, but in the ‘domestic’ prints of gingham and check and in the sports-infused suits. These are codes that we see Kane frequently exploring. Post-show the designer expanded on the relevance of these design codes, keen to make the connection an explicit one, “In so many ways the collection is a reflection of what I grew up with; that clean, pristine, washed and ironed sportswear way of dressing – the casual kids in Glasgow – mixed with that world of TV: Crimewatch and Casual.”

Kane’s sloganeering also makes a return, with ‘LAW AND ORDER’ and ‘KANE’ printed across T-shirts, shirts and trousers. The functional buckle details that first appeared in Kane’s breakthrough SS07 women’s collection – a series of micro-mini lace neon dresses – has, in many ways, become akin to a logo and can too be found on rucksacks, totes and the collections hero piece—a cropped check, workwear jacket.

Compared with last season’s focus on the technicalities of graphic print design, this presentation had a different, somewhat all-encompassing approach. “Making the invisible visible, that could be seen as one of the driving forces behind SS17” Kane muses by way of explanation. And, it makes perfect sense. From the re-introduction of typography to the four male models ‘hiding’ at the tower in the side alcove on entry – it seems Kane is concerned with a state of duality, bringing to attention the otherwise invisible.