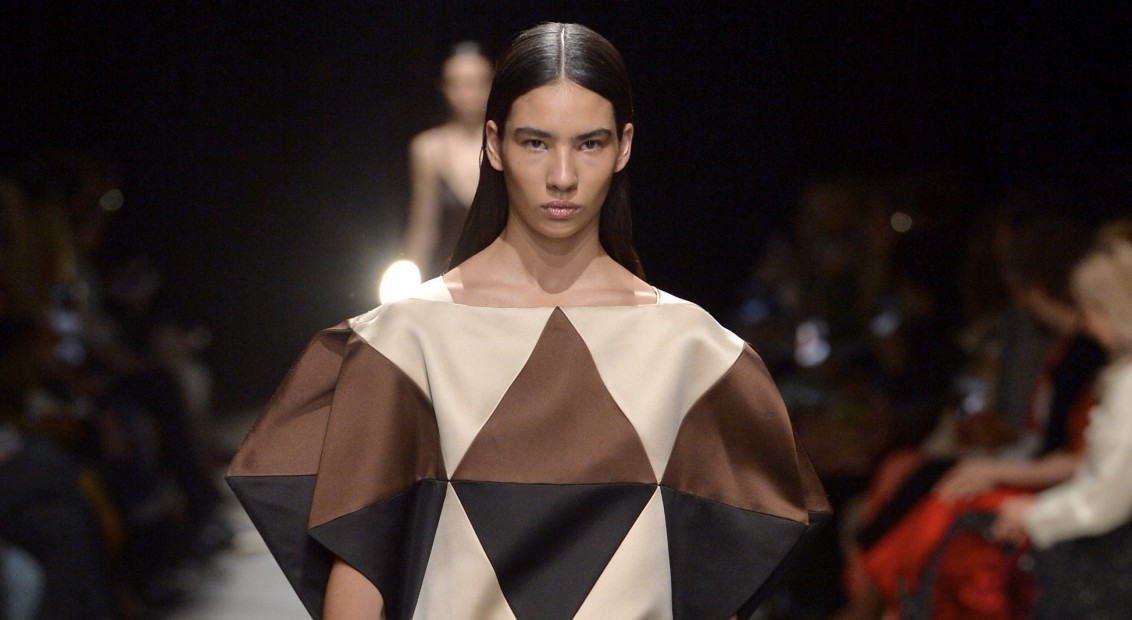 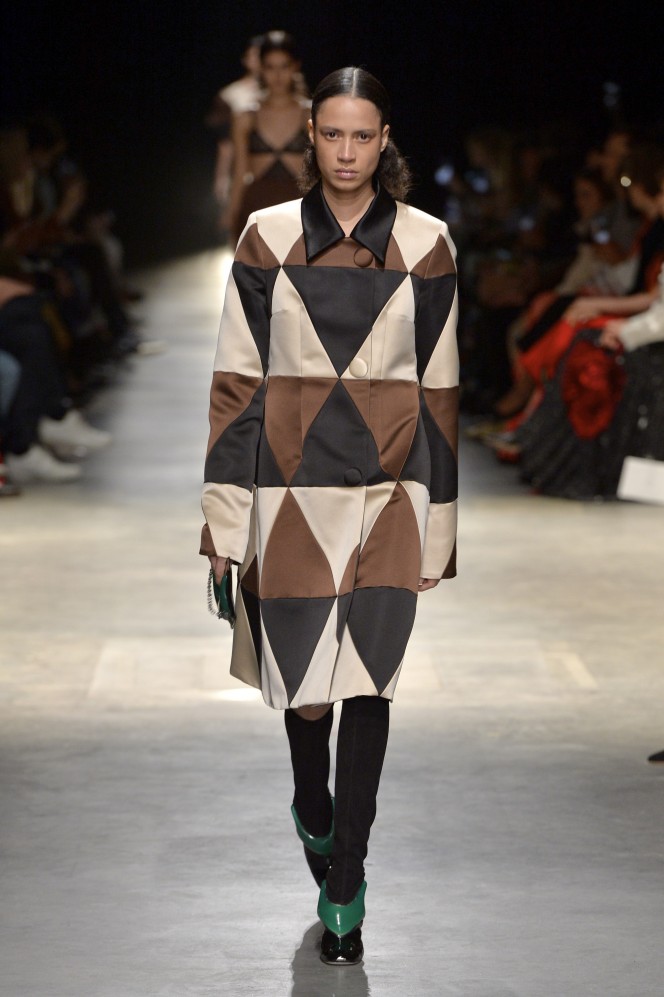 “The perversion of Adam and Eve in the Garden of Eden.” This was the characteristically off-kilter inspiration for Christopher Kane’s FW20 collection, who framed this reference as a “love triangle between man, woman and nature.” It’s an extremely on-brand theme for the designer, whose past shows have paid tribute to niche fetish communities and brought a touch of kink to the runway.

This notion of a love triangle manifested literally in a series of geometric, triangle-print looks, often slashed to expose a sliver of flesh or worn with cut-out lace lingerie, for an added lick of sex appeal. Wipe-clean, black vinyl was cut into triangular panels and stitched to a classic white shirt, creating an ever-so-slightly seedy take on a Western look, and rows of iridescent sequins barely masked the sheerness of oversized knitwear and floor-length column dresses.

Over the course of the show, Kane covered everything from oversized cardigans to crystal mesh gowns and A-line skirts. His fascination with the more textural elements of kink – the key reference point behind his iconic gel bag, reworked for FW20 in a more traditional handbag silhouette – continued, too, although this season, the pockets of coloured gel became harnesses and accessories attached to suede boots.

Details like these added a subtle twist to even the most classic designs. In Kane’s world, even the most beautiful dress comes with a touch of subversion.