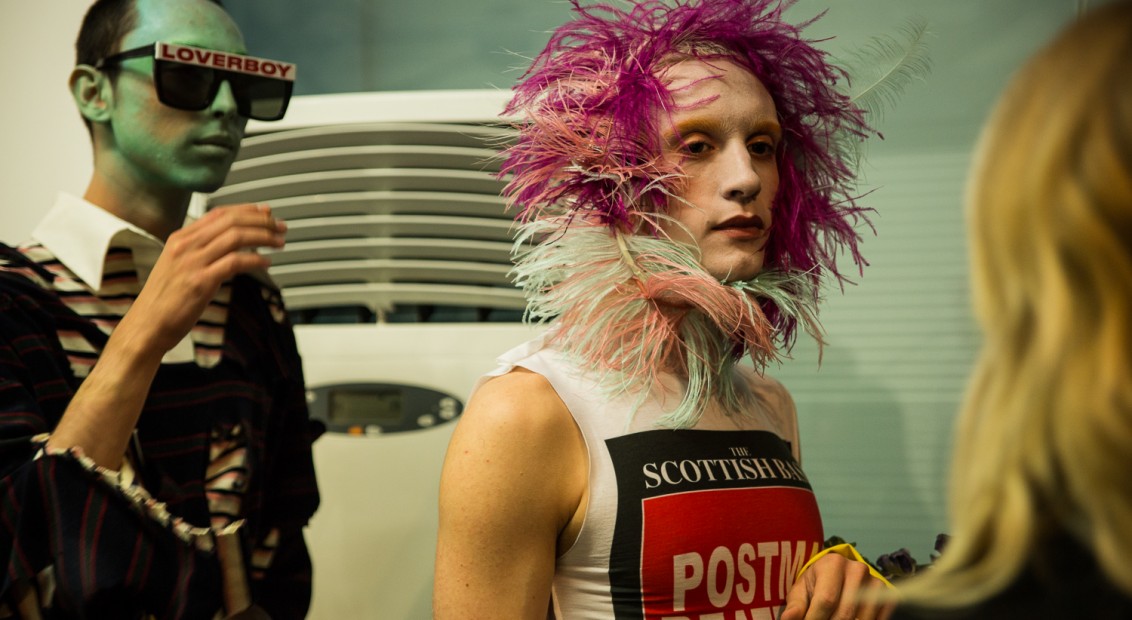 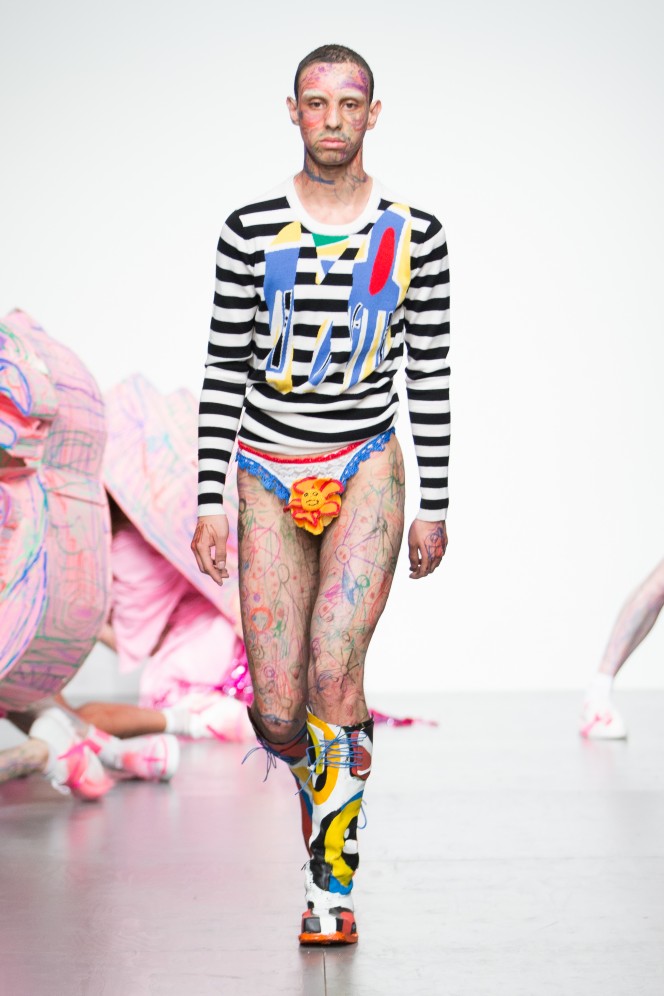 The big question was: how would the club kid designer translate his extravagant show from group show to standalone? The answer came immediately, as members of the Theo Adams dance company stepped out dressed in pink with colourful crayon scribbles covering their skin and bold props that wouldn’t look out of place at Mardi Gras. To a composition by Jordan Hunt, their movement represented an emergence into a brighter world.

Perhaps it was just good timing, but this mood perfectly reflected that of many in London (and across the country) following Theresa May’s humiliating election chaos the previous day. Whilst British newspapers ran with the likes of ‘MAYHEM’ and ‘THERESA DISMAY’, Jeffrey was making his own headlines, via newspaper mock-up T-shirts that included ‘CHILDREN HIGH ON DRINK AND DRUGS’.

“It’s not enough to stay woke – we need to be alive.” Read the press release, a call to arms for the apathetic trendy-politics that thrives across social media. But Jeffrey isn’t about living in the virtual world, as the founder of the fabulous Vogue Fabrics club-night LOVERBOY, he’s more than has proven his party credentials. Here he brought the dance floor to the catwalk in a celebration of queer hedonism.

This was translated through a myriad of eras. Tartan punks mixed with mantilla-clad Duchesses, Hussar soldiers rubbed shoulders with British buccaneers, and Beau Brummell dandies came followed by a drag Queen Elizabeth I – a SS18 highlight already set in stone. As Happy Mondays’ Step On blasted out the speakers, Jeffrey’s revellers danced out for their finale. Leaving our melons well and truly twisted, man. 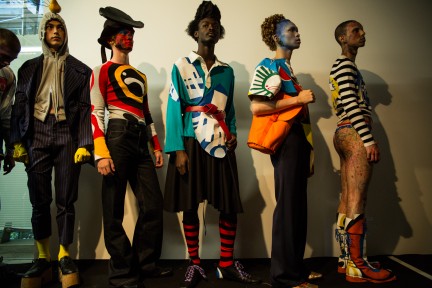