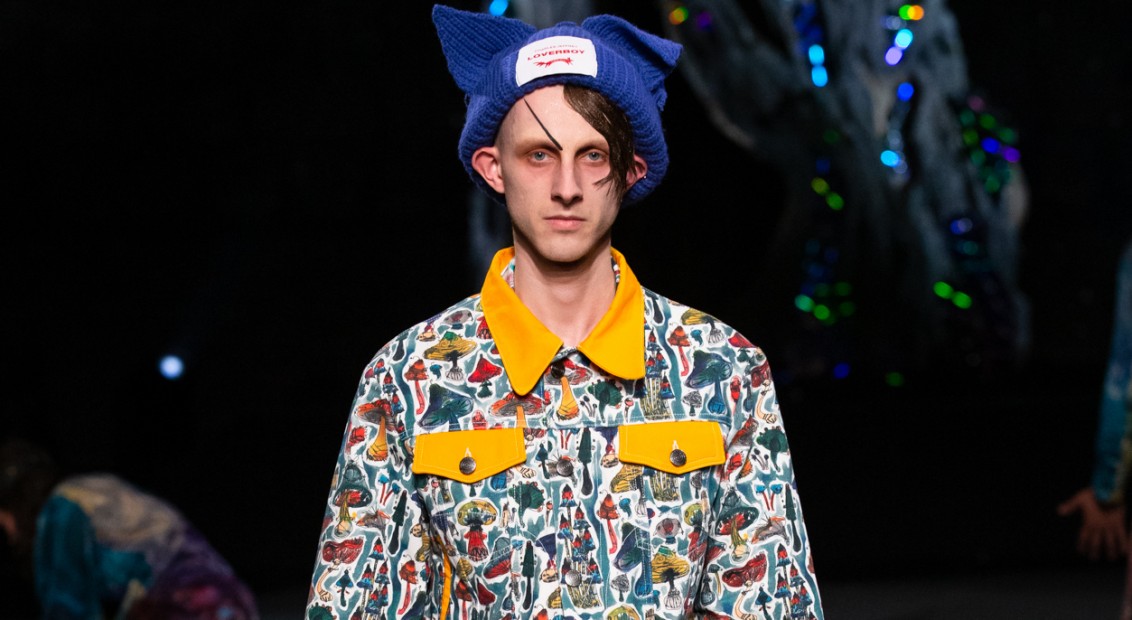 The Festival of the Horse 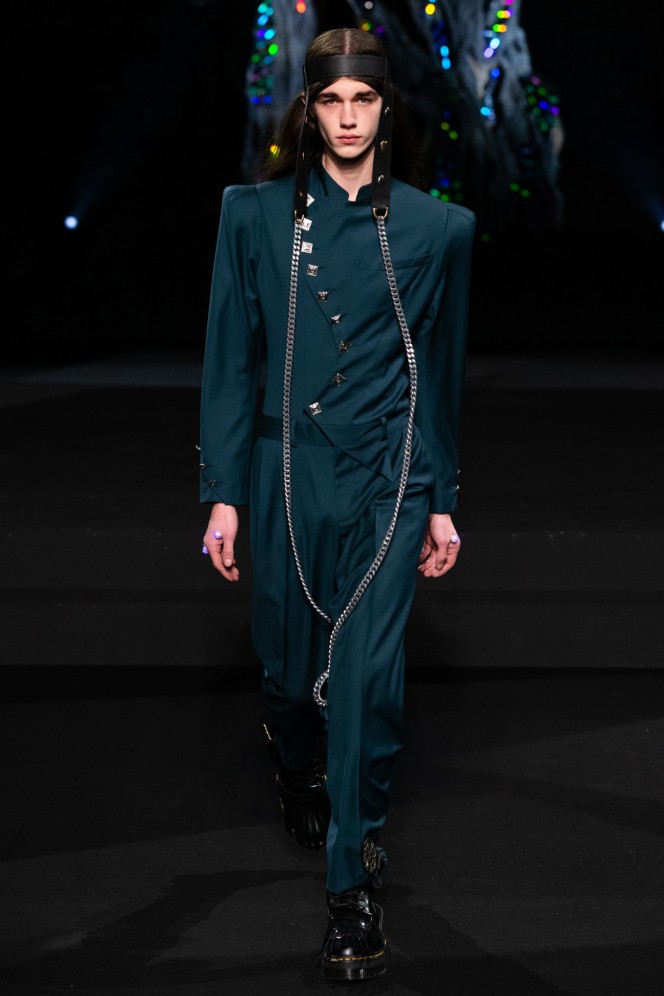 When Charles Jeffrey took a group of close friends and collaborators to the Orkney Islands, he found himself enthralled by a unique annual competition: The Festival of the Horse. Each year, families dress their children in ceremonial ‘horse’ costumes, which are elaborately ruffled and studded with rosettes and jingling bells. The kids then compete in ritualistic ploughing matches, which showcase their skill and attention to detail.

Jeffrey’s homage to the celebration involved a spectacular set comprised of a gigantic tree strewn with CDs and topped by a mirror ball, which created a starry optical illusion in South London’s Battersea Arts Centre. As opposed to competing children, Jeffrey formed two opposing tribes – the Danders and the Glaedyhoots – inspired by subcultures ranging from dandies and teddy boys to Lolitas and hippies.

The collection itself takes Jeffrey’s aesthetic signatures – tartan, sharp tailoring, the LOVERBOY heart detailing and splashy knitwear – and pushed them to their couture extremes. Skirts jutted out like crinolines, jackets crept up over models’ heads and one tubular scarf was particularly oversized, wrapped multiple times like a cobalt cocoon. Pleated skirts and stiff, sculptural dresses splashed with what looks like actual spray-paint created a tie-dye effect that marked out some of the collection’s strongest looks.

The show’s climax came in the form of a frantic dance and a model sacrifice, followed swiftly by a hand-holding procession soundtracked by The Power of Love. Jeffrey calls it ‘techno-suicide’; it’s a simultaneous nod to the cathartic hedonism of his nightlife beginnings, and an acknowledgement of an increasingly dystopian future. Whatever your interpretation of the unorthodox show, it’s likely to stand out as one of the most arresting nights of the season.