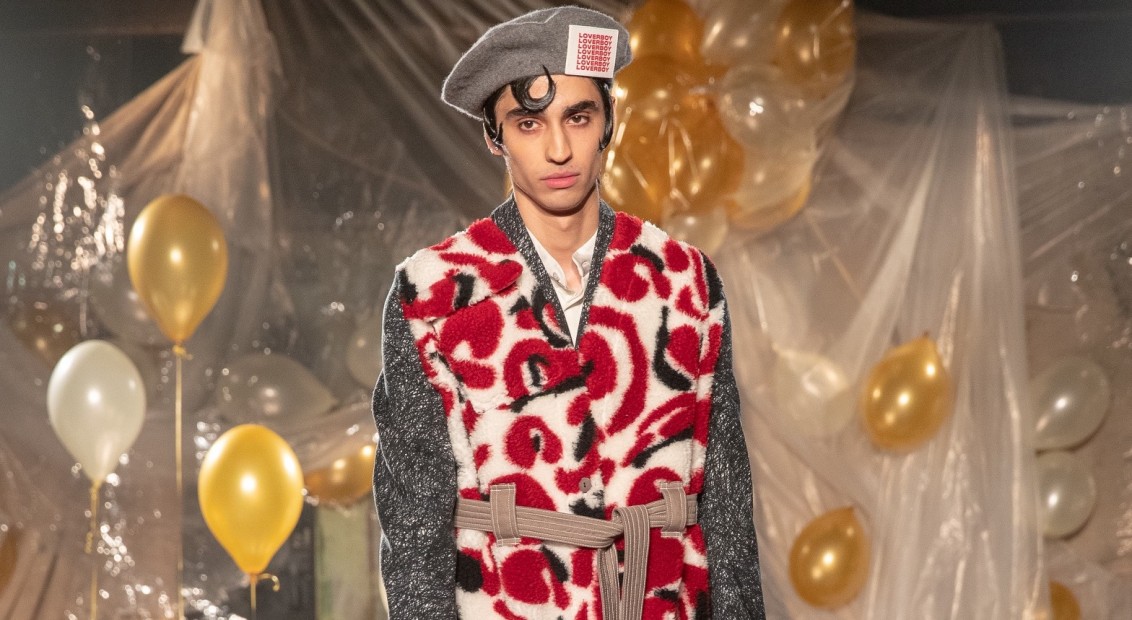 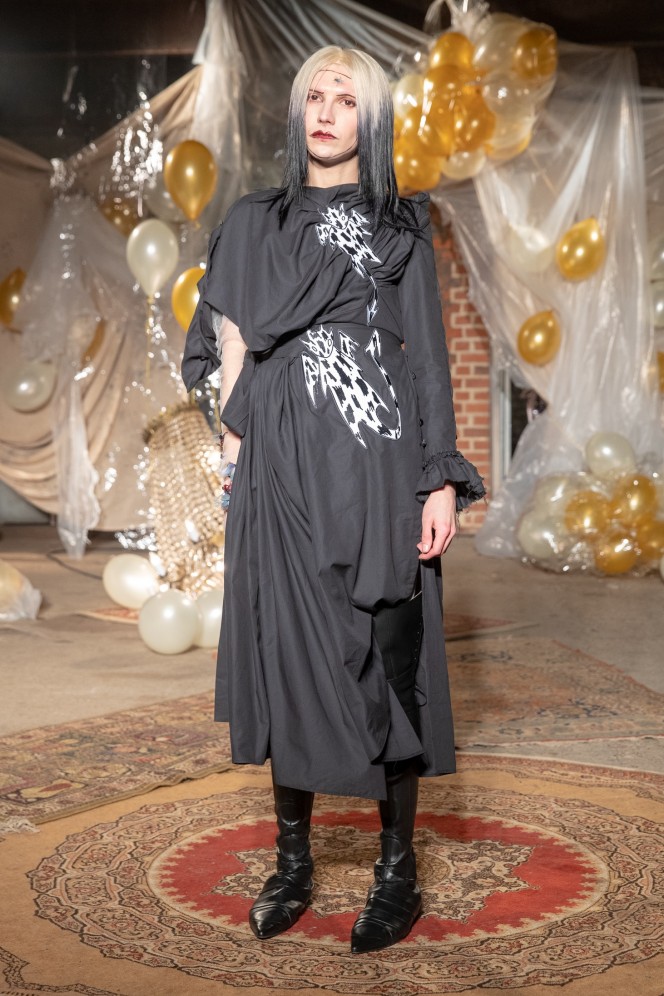 For his previous show all the way back in June of last year, Charles Jeffrey took us to outer space and a dystopian future; this time he seemed to do the opposite, looking to the past to craft a new, defiantly queer, utopia. A more positive outlook clearly works for him – it was without a doubt his most accomplished collection yet, staking his claim as a player in the menswear big leagues.

Held in the cavernous space of Wapping Hydraulic Power Station, attendees were greeted by a model in full Weimar Berlin drag playing a piano; behind him was a pram billowing smoke. It was a neat introduction to the two themes Jeffrey seemed to be touching on this season: a meditation on both innocence (coming by way of punk Peter Pan jackets and Where The Wild Things Are romper suits, complete with spiky ears) and experience (the previously mentioned references to 1930s Berlin, and the lessons learned from the city’s burgeoning queer underground before it was extinguished by the Nazis).

Just as striking as the mise-en-scene were the clothes: the tailoring was impeccable, the knitwear immediately desirable, and the gowns – in particular a swishy red number worn by a dancer from the Theo Adams Company with butoh-inspired makeup and an ostrich feather headpiece – were exquisite, speaking of Jeffrey’s internship as a fashion student in the ateliers of master couturier Christian Lacroix. Elsewhere, bespoke footwear came courtesy of Roker; with everything from platform creepers to monk straps through square-toe boots built with zips down the front – mega.

In the past, Jeffrey’s shows have had a kind of rough-around-the-edges charm that echoed Loverboy’s origins as a queer club night – here the ideas came fully formed and meticulously executed. Politically charged without feeling heavy-handed, the message of the show felt like exactly the dose of joy menswear needs right now, and a well-judged reminder of the importance of looking to history to understand the present. Many have been lamenting the absence of London menswear giants this season, but Jeffrey showed he’s more than accomplished enough to take their place.