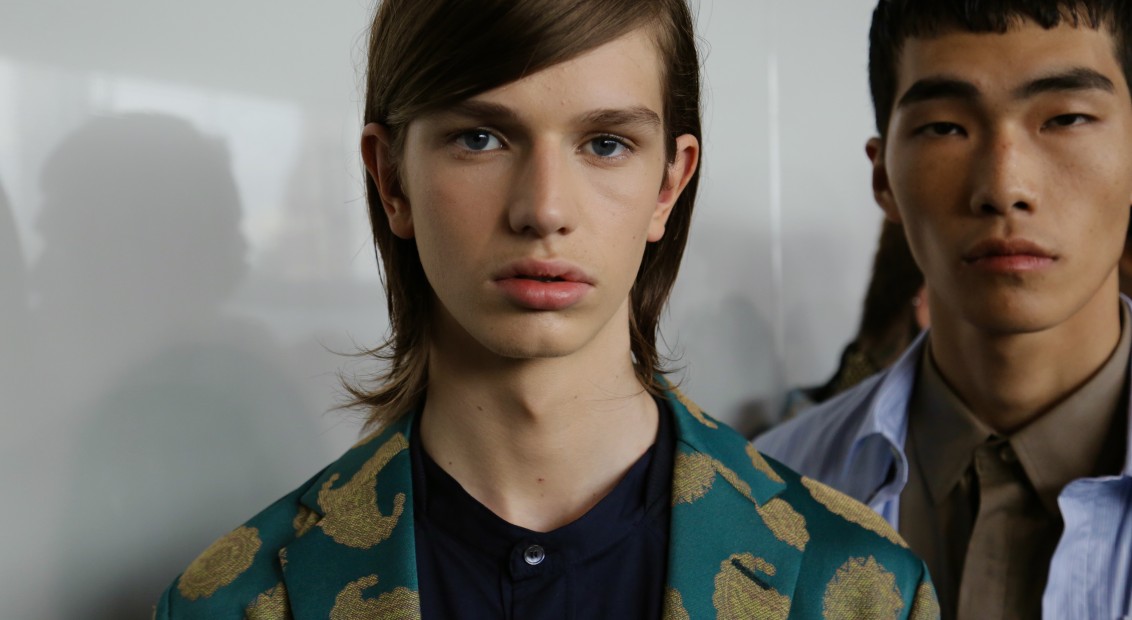 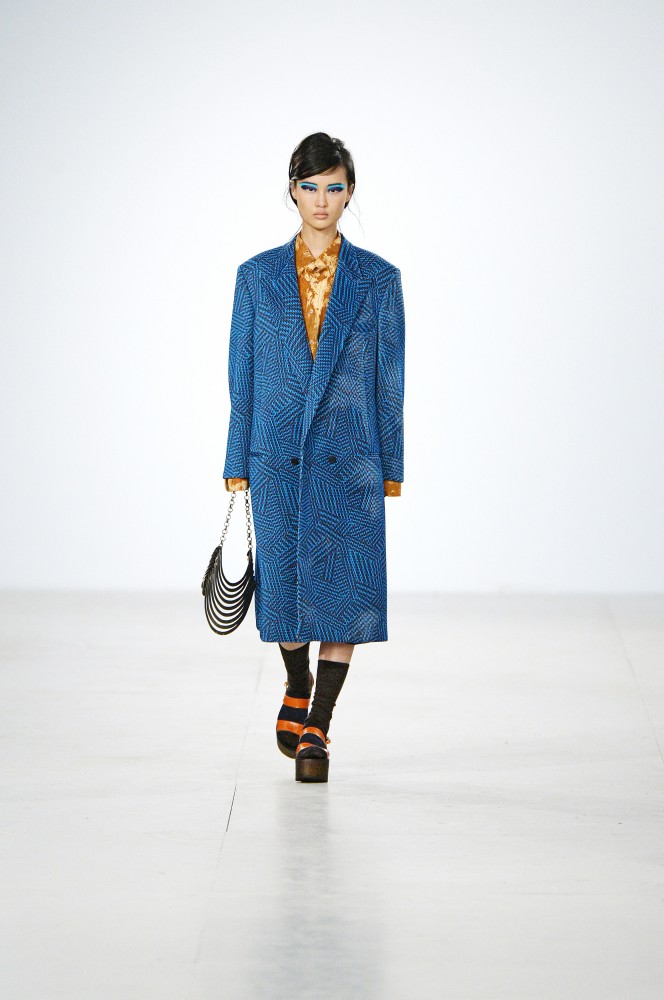 In a season when many brands have left the menswear schedule in favour of combining genders during womenswear, Casely-Hayford bucked the trend (these two mavericks don’t conform to the norm), showing their debut womenswear capsule collection within their menswear slot.

And challenging convention fed directly into their SS17 offering. 70’s rock and 00’s grime were the two chosen cultural timestamps that informed the father-son duo’s latest showing. Two potentially disparate references that existed in contrasting social and political eras, and yet share a similar anti-establishment message and unquestionable cultural influence. (And considering these are Joe and Charlie’s respective teenage decades, the two cultural timestamps are rooted in the brand’s DNA.)

Think of the ideal summer mise en scene and what comes to mind? 1967, Keith Richards and Anita Pallenberg – two exiles on Moroccan streets having fled legal troubles back in England – unwinding by the pool, head to toe in clashing prints and psychedelic hues. The Stones found themselves charmed by the country’s sartorial influence, and those exotic prints and fabrics appeared reinterpreted on Casely-Hayford’s catwalk in the form of silk paisley suits, delicate brushstroke prints (inspired by Horrors’ frontman Faris Badwan’s artistic aesthetic, which also adorned each show invite) and traditional Moroccan and Palestinian dress detailing.

With the aim of opening “a discussion about the effects on social identity of a pre-internet movement in comparison to one that grew through it”, the brand’s social exploration realised refined, tangible results. By way of this season’s exclusive Casely-Hayford remix, the pair left the audience with firm instructions via the mouth of Pixies frontman Black Francis, “Be a debaser.” 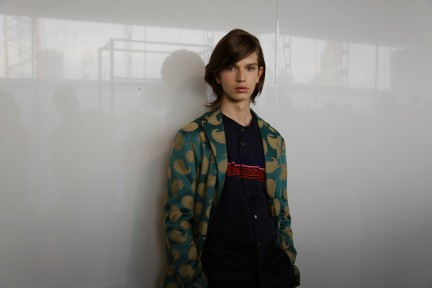