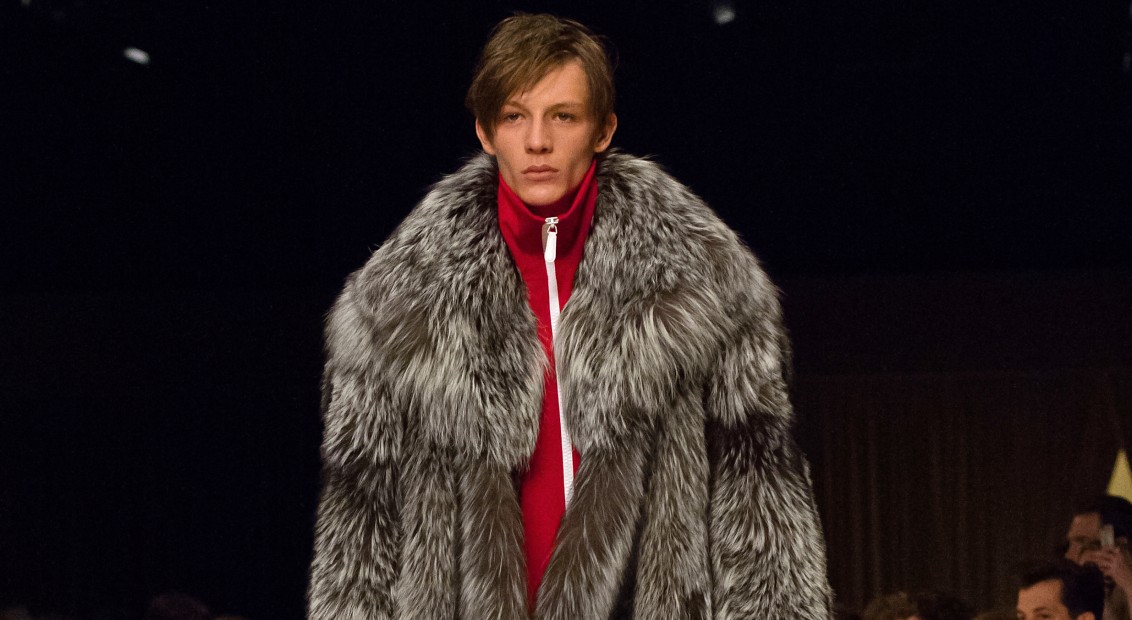 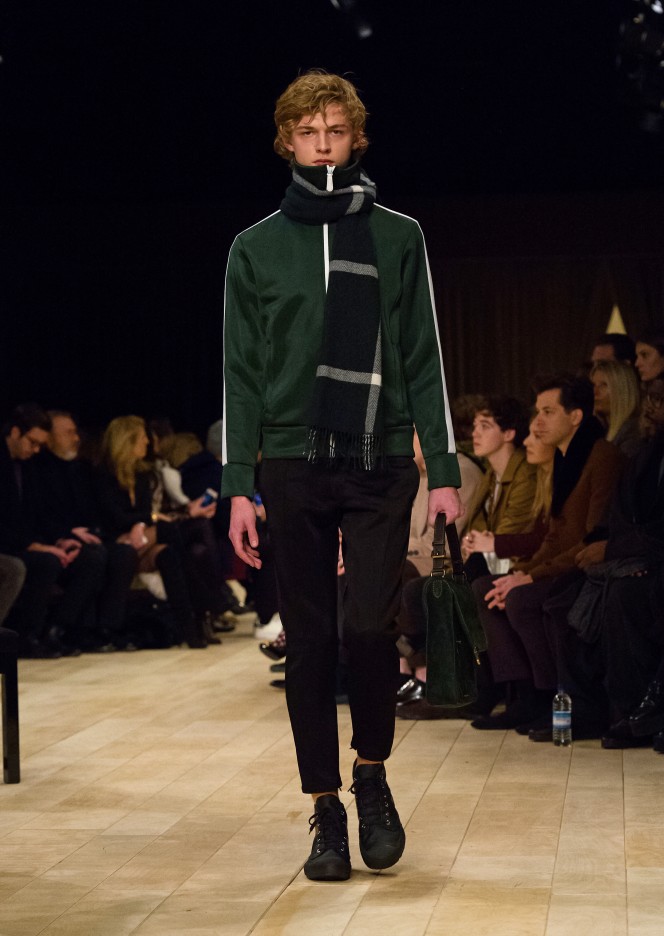 Once guests had occupied their seats and filed along the perimeters of the venue, the lights were dimmed and the harmonious tinkering of piano keys rang out into the darkness. The soft, crooning tones of Benjamin Clementine performing Nemesis travelled across the space, as the runway and the singer himself were illuminated.

Bailey’s boys (and few girls) stepped out in a concoction of looks. As the various strands of Burberry will now converge under the one moniker, the collection was about “a celebration of the unification of the brand’s different ready to wear labels and styles,” the show notes explained.

Entitled ‘Something Old, Something New, Something Borrowed, Something Blue’ – contrasting design elements came together to create a congruous offering. Militaristic double-breasted coats and capes were worn with school boy- style darted trousers. Eighties hip hop tropes were also reimagined – think velvet bombers and sequined track tops. The traditional Burberry design elements made an appearance in the form of check scarves, camel-hued trenches and messenger bags in the label’s signature print.

The whole show was an ethereal success, but a particularly poignant moment came when a model upturned her palms to reveal the word “BOWIE” written across them, in honour of the musical icon who sadly passed away on Sunday night.