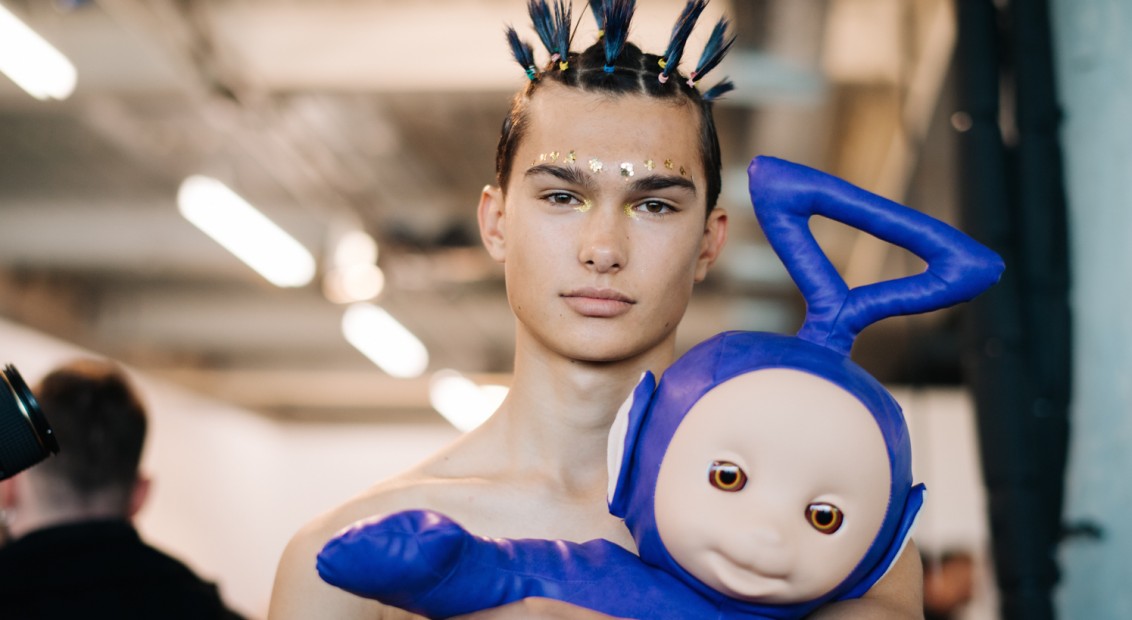 Never one to shy away from the most animated of outputs, say “Eh-Oh” to Bobby Abley’s in-your-face SS18 collection. The designer, who started out showing with emerging talent showcase MAN, is a self-confessed cartoon fan, his work often throwing back to the entertainment of his childhood. Two seasons ago (SS17) he presented a whole new sartorial world with a collection inspired by Aladdin, and a couple of seasons prior (SS16), he ventured to the dark side with furry Chewbacca pieces and Stormtrooper sweatshirts.

This season, things were even more childlike. Celebrating twenty years since the Teletubbies first aired, the colourful characters came to life in the form of cropped hoodies, tracksuits and layered dresses. Accessories-wise, Abley even offered up his own take on Tinky-Winky’s much loved red handbag, offering an alternative to his trademark teddybear backpack.

But this collection, titled ‘Messy Fun’, wasn’t just about Laa-Laa and the lads – it was also a tribute to the designer’s nearest and dearest. Paying homage to his “Foreign Friends”, a burgundy two-piece modelled on the EU passport resonated with an audience much familiar with the term Brexit. Millennials/fellow sun babies, this one’s for you. 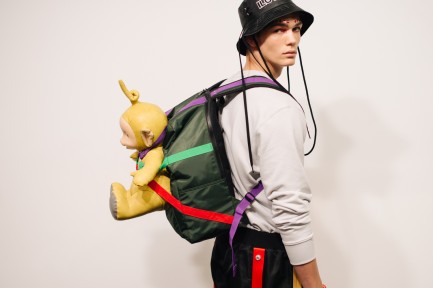