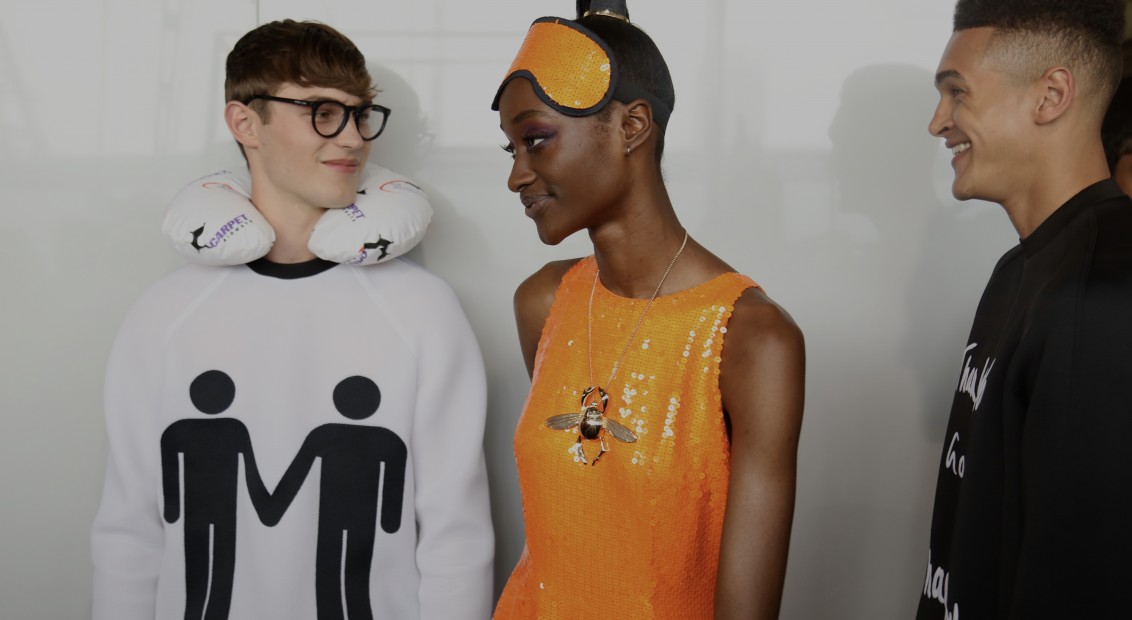 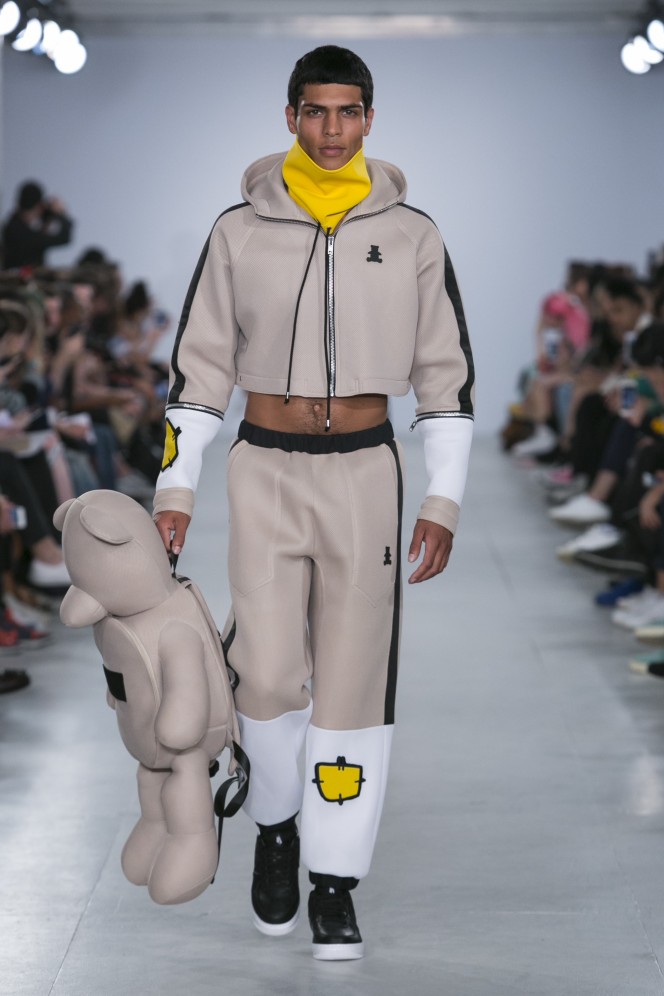 From Ursula smirking on a lilac pullover for SS15, to Daffy Duck appearing mid-quack on a white hoody last season, it’s no secret that Bobby Abley has a penchant for all things Disney. This time around, he offered up a collection rife with Aladdin imagery, which was less “I can show you the world” and more “I can show you how to rock a magic carpet.”

The designer’s tongue-in-cheek aesthetic was in full swing – starting off with his mock plane ticket invites which read: “PLEASE SEE A MEMBER OF THE CABIN CREW IF YOU ARE INTERESTED IN BECOMING A MEMBER OF THE MILE HIGH CLUB.” Bobby’s catchy brazenness was further communicated through his designs, longline tops sporting the phrase “rub me the right way”, complete with the a visual of the Genie’s lamp.

The theme of travel also permeated throughout the collection, as Abley bid farewell to last season’s destination of Rio de Janeiro and headed for the Middle East. Models accessorised accordingly with printed neck pillows, wheeled suitcases and oversized rucksacks in the designer’s signature teddybear shape.

Playing with material combinations and silhouettes also seemed high on the agenda for this season. Cropped hoodies were paired with matching slouched joggers, whilst on the girls, silken slip dresses in jewel tones were layered with structured blazers and, in the final instance, a fluffy blue coat. Between the exuberant looks and the club anthems blaring over the speakers (think 2 Unlimited’s Get Ready for This), Abley’s trip to the Cave of Wonders was one hell of a ride. 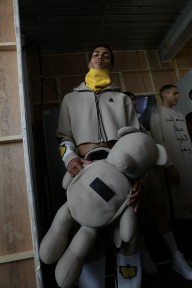