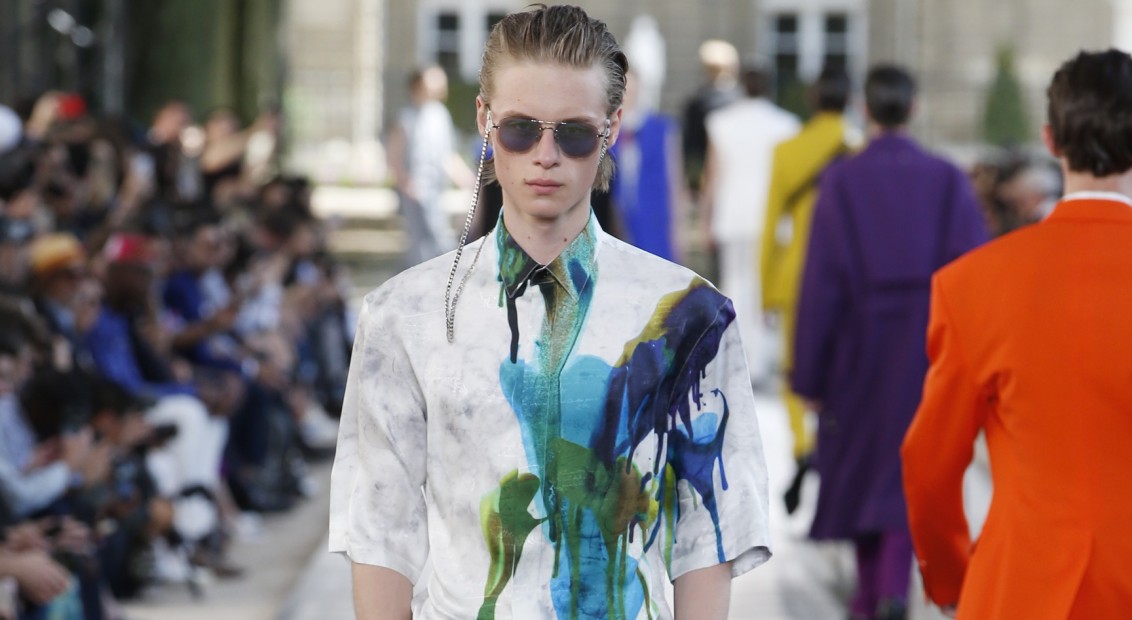 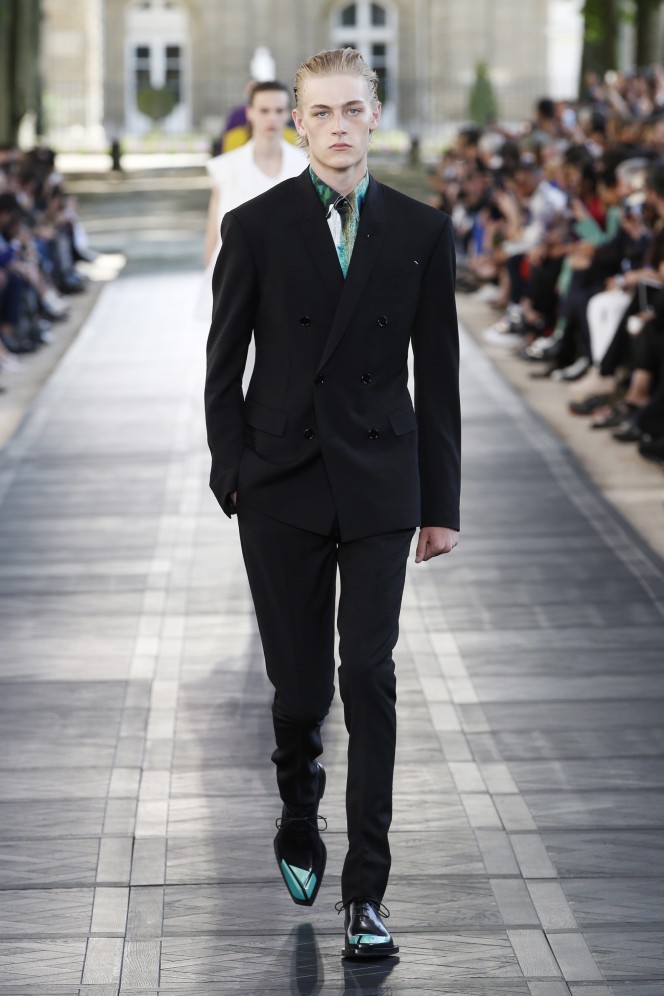 “Augmented reality” was the theme of Berluti’s SS20 collection. In a season of designers going back to nature, Kris Van Assche showed us visions of its future instead. The show was held at the Jardin du Luxembourg, but over having a sunny afternoon by the grass, it was held inside the orangery, a “manicured interpretation of real nature”, according to Van Assche. In the former Dior Homme designer’s second season at the Italian house, he continued to guide us through cool, new pastures, while respecting its heritage.

There were all-over nail-head studding and patinated tobacco leather suits inspired by the craftsmanship of the Alessandro shoes. The Scritto calligraphy was applied through new techniques, on sportswear even, rather than leather debossing. Colours were impossibly neon. Acid orange, yellow, blue, ultraviolet, inspired by stained marble tabletops at Berluti’s Ferrara workshop used for patinations. Traditional tailoring was intermixed with fluid, relaxed shapes, and womenswear also featured in the show, with Gigi Hadid closing the whole thing out: Van Assche apparently instructed his casting director to find him “the most beautiful women in the world”. If this is a forecast for Berluti, the future looks bright.