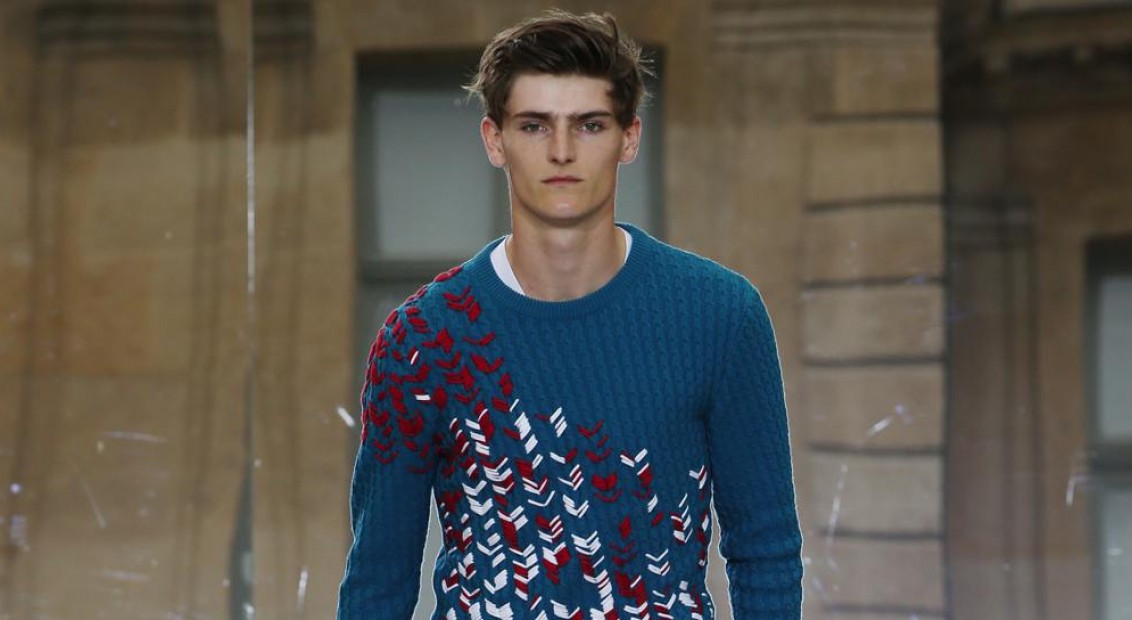 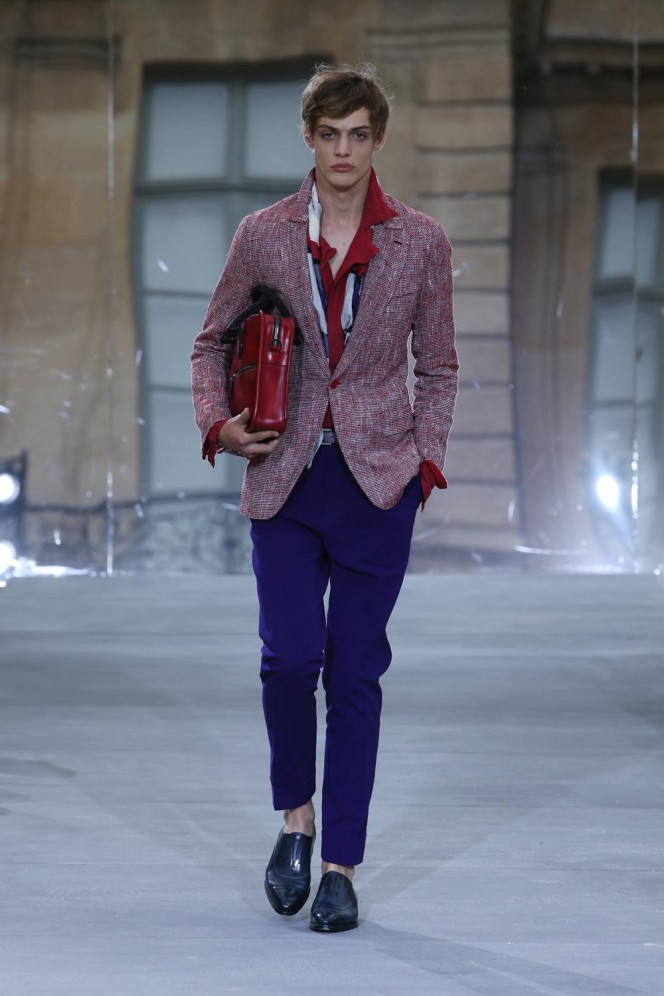 Poised and dreamy, everything about Berluti’s SS16 collection was, as titled, ‘Featherweight’. The clothing was attractive and graceful, as materials were carefully applied to emanate an edge – both artistic and efficient – for warmer months. Alessandro Satori’s thoughtful and resourceful work left no stone unturned. Like the sweeping architecture of Chandigarh, a city in Northern India.

Much like FW15, Satori again favoured a seamless approach. Mod in a metaphorical and literal sense, the influence of Le Corbusier’s 1960s design could also be found in the square formation of outwear, pastel palette, and the subtle use of patterns in striped and geometric, billowy shirts of silk and wool. A sense of calm washed over matte finished clothing, from head to toe, completed with the classic Berluti bag. Of course, the retro concept was evident in footwear that ranged from paint pot, lustrous loafers, and trainers in an earthy colour spectrum of burgundy, burnt orange and dusty blue, featured on a white, exaggerated sole.