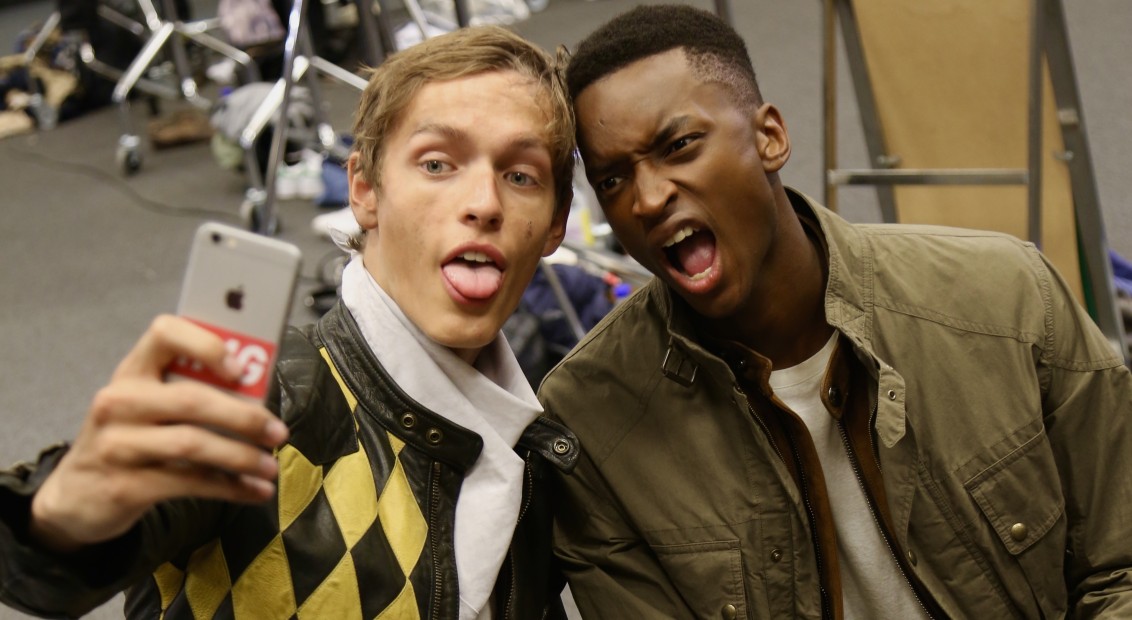 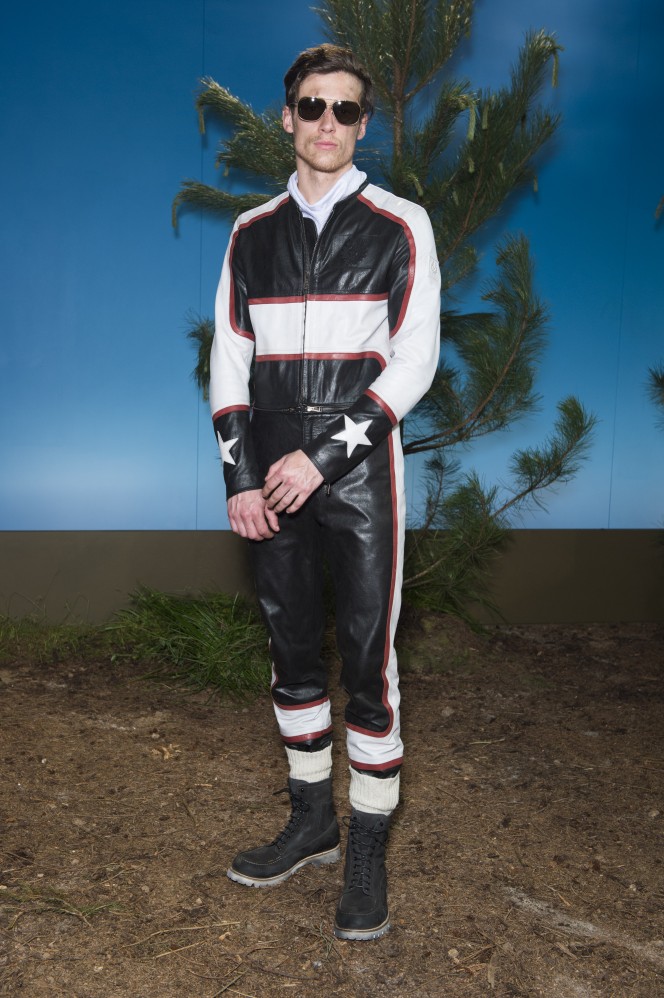 This season Belstaff drew inspiration from ‘The King of Cool’, Steve McQueen. Recreating the epic dirt track set from Bruce Brown’s 1971 motorcycle film, On Any Sunday, they highlighted their own biker roots in reimagining the signature Trialmaster, Roadmaster and café racer jackets in colours so drained of colour they looked to have been sun-bleached on the ride.

‘Mashburn’ leather featured the famous stars and stripes, reminiscent of 70s Americana, while the diamond-shaped adornment of the Romero nodded to the beginnings of originality in motorcycle-wear. Other leathers came in classic white and black, worn with tight-cut bottoms with ribbed cuffs and thick-soled black ankle boots, while the epic Lawwill racing suit was accessorised with limited edition aviator shades – Bullitt, anyone?

There was a strong air of clothes with memory: a racing shirt appeared as though straight from the roads of the 70s, worn in and weathered, collarless and open at the neck, while outerwear extended past leathers to a 4-pocket wax coat in woodland camouflage. Patchwork and unique details were key – in the way you could imagine McQueen and co personalising their own clothes.

Belstaff always puts on a show and here was no different, creating an immersive world that riffed on the history of American biking subcultures – and their own historic identity. 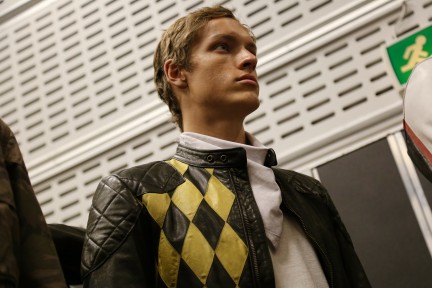