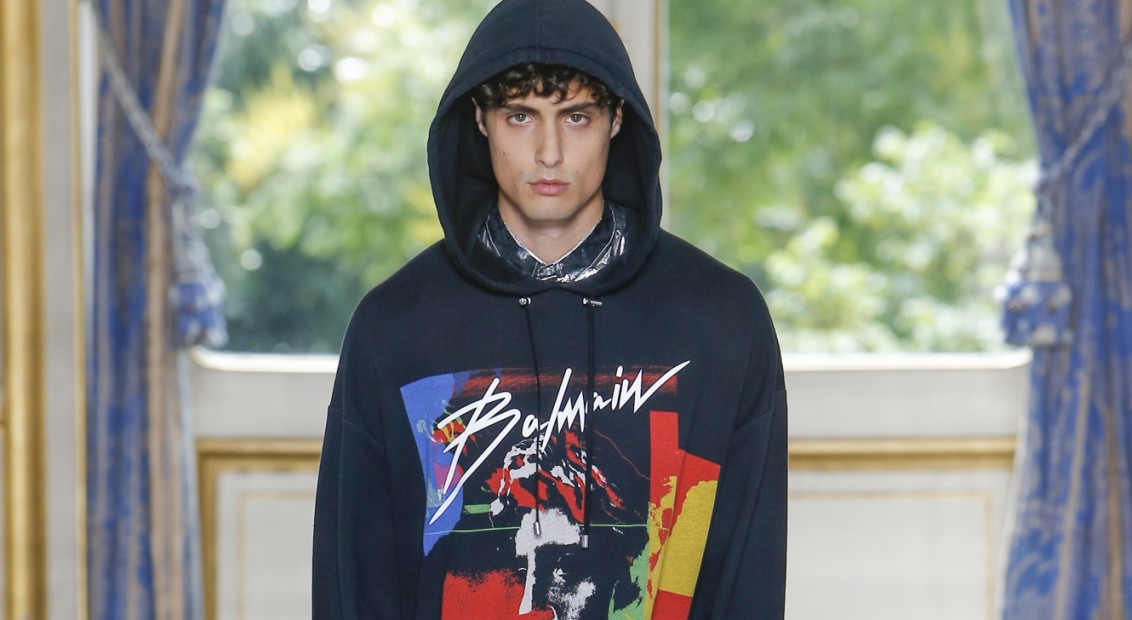 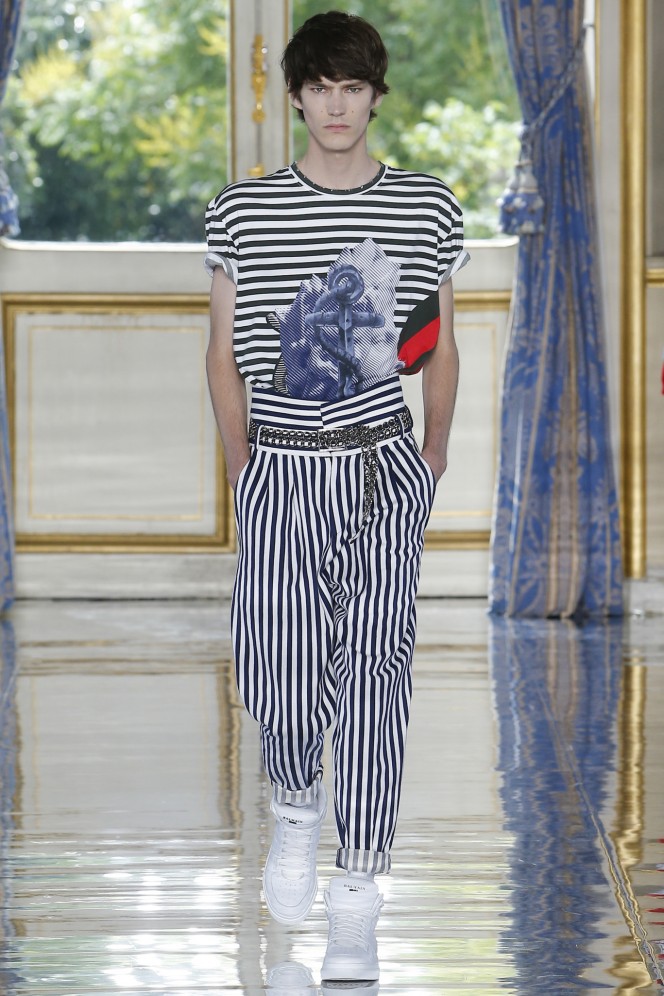 This June marks nine years since the legendary musician Michael Jackson sadly passed away. Explaining that he has always seen fashion and music as “tightly intertwined,” Balmain’s creative director Olivier Rousteing looked to the elaborate wardrobe of the King of Pop to inform his latest collection.

“Jackson’s music has always offered an uplifting celebratory message of hope and the possibility of needed changes,” Rousteing’s show notes read, “[He] put forth a powerful and alternative message based on breaking rules and pushing boundaries.” And so, with his SS19 range, Rousteing simultaneously paid homage to Jackson, his home country of America, and the designer’s own birthplace, France: a nation that Rousteing feels deserves to be lauded, for its “advancements, values and distinctive culture.”

Such a disparate selection of influences may seem daring, and that’s exactly the approach that Balmain routinely harnesses. Male models stepped out in regal double-breasted jackets in the colours of the French flag, while their female counterparts donned Breton-stripe dresses with 3D-structures that twisted around their bodies. Chain-link belts reminiscent of Joan of Arc held up high-waisted trousers, while all-black leather looks felt punk and rebellious. College knits referenced the American-born preppy aesthetic and were layered over 80s-style jumpers with “BALMAIN” etched across the front. Of particular note, was a biker jacket which was spliced, encrusted with sequins and scrawled with graffiti. This was Rousteing’s thank-you note to Jackson, and a sartorial exclamation of ‘joie de vivre.’