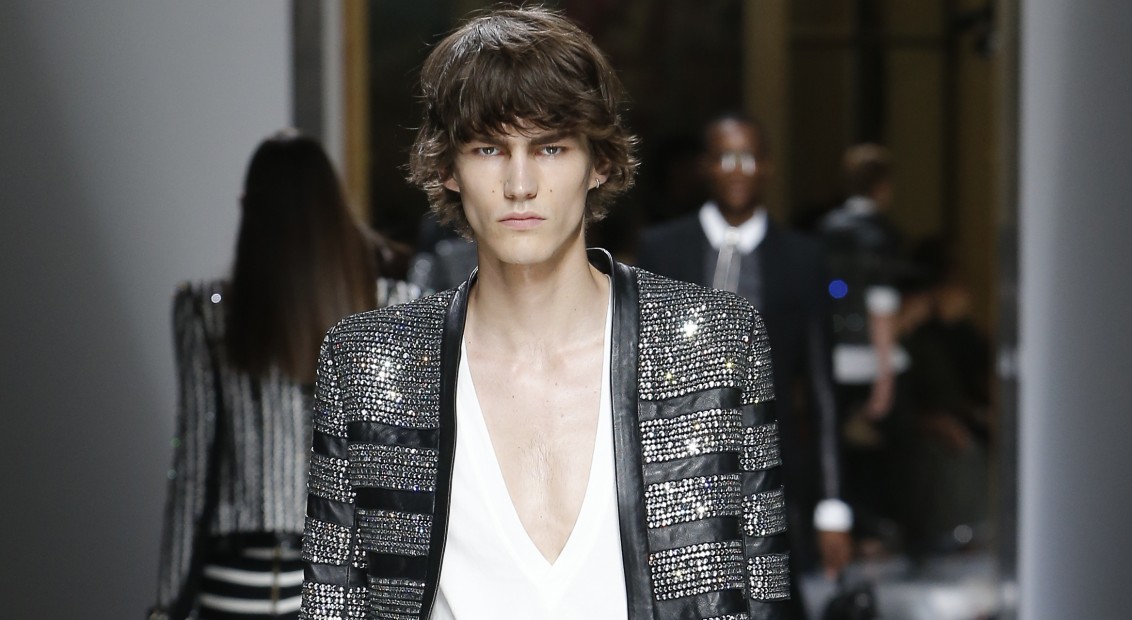 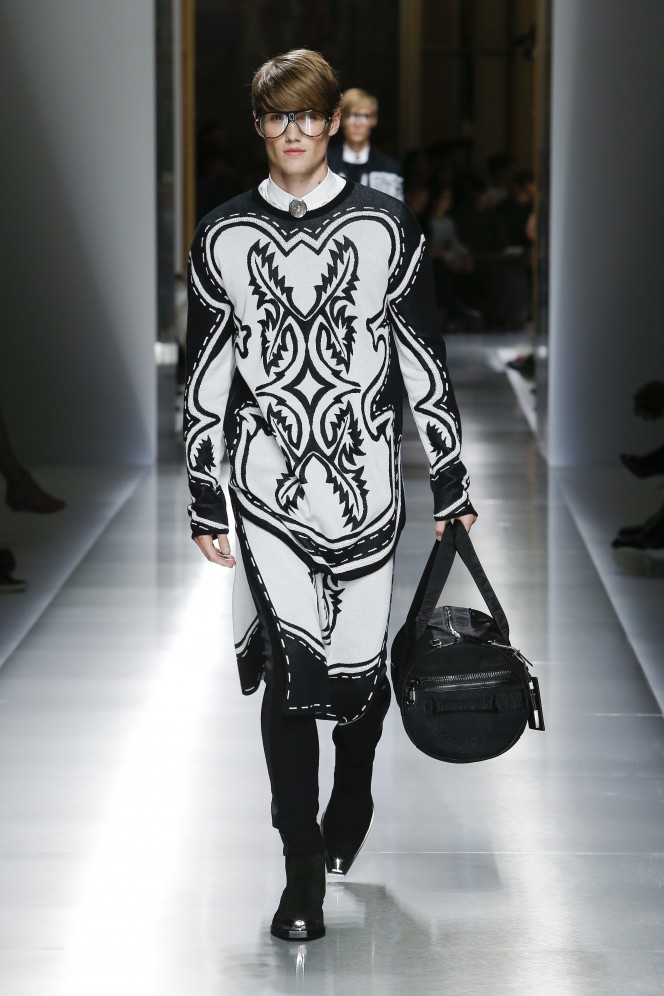 “My team and I often stress that Balmain reflects how our generation dresses — but perhaps because of this recent affirmation of essential values, I felt myself pushed to create an even more personal runway offering,” explained Olivier Rousteing, who kick-started his show with the brand’s signature clash of ornate embellishment.

Where last season Rousteing served up an homage to the multiple musical legends we lost in 2016, this season he had been thinking more abstractly: about a certain feeling that’s pervading youth culture right now. On the back of the recent UK election result, which has been widely credited to an unprecedented surge in young voters, Rousteing paid tribute to millennials’ social values and political astuteness. It translated into a glimmering, punchy collection. There were brilliant jackets with yacht-club stripes (‘Balmain’ was printed on the back), stars, sharp silhouettes and a monochrome colour palette. Elsewhere, he layered up embroidered garments, revisiting a tougher, urban edge. It was about the “assertive attitude that defines our young, bold, Balmain army,” and pushed to stay true to Rousteing’s high octane aesthetic. The mood tapped a Victorian era but with an edger, buzzier, and undeniably Parisian mood.

“While we were obviously inspired by signature French styles, we were never constrained by them — this remains, first and foremost, a Balmain collection.” With Rousteing, identity is key, and each season is more whip-smart and intelligent than before.