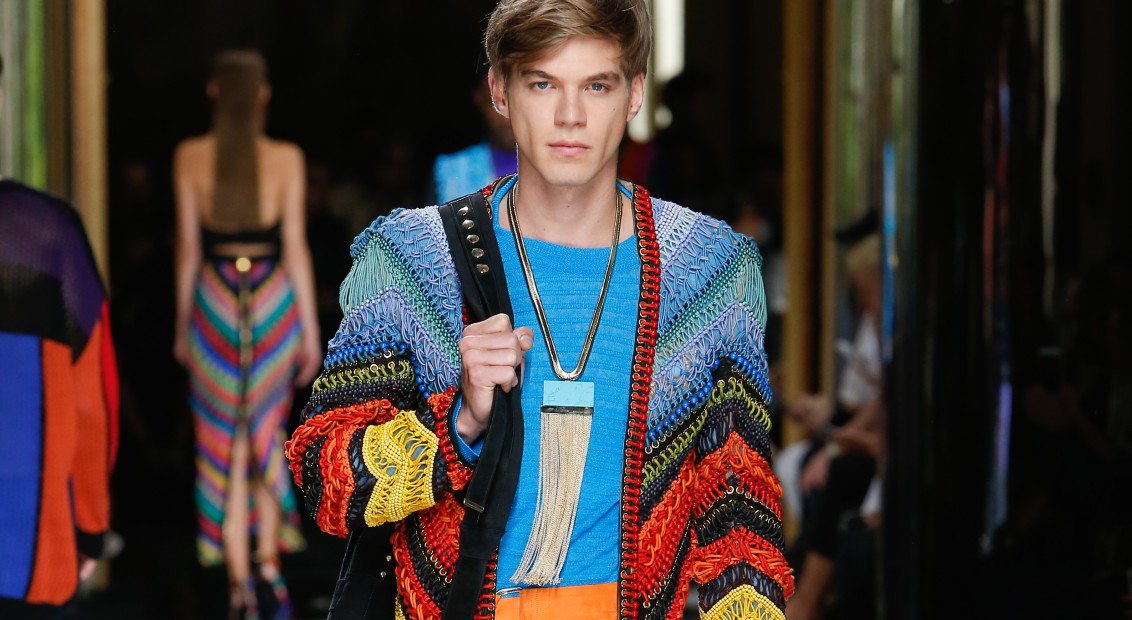 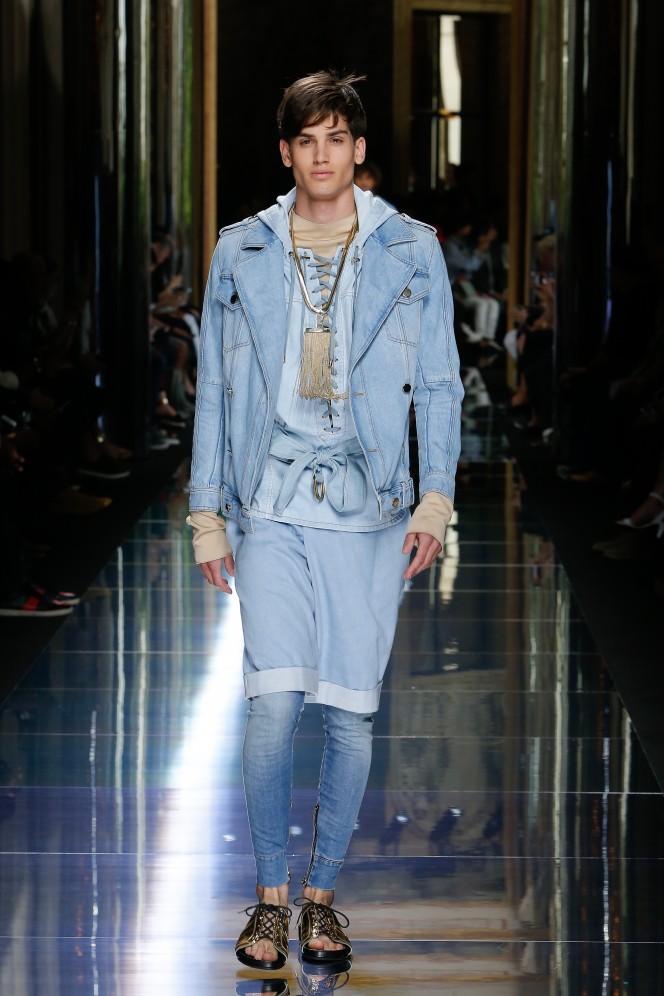 Olivier Rousteing may be young, but he’s whip-smart when it comes to revolutionising a brand’s identity. Founded in 1946, this megawatt label’s current buzz lays with Rousteing and his modern, thoroughly millennial approach to building a 21st-century luxury brand. In just six years, Rousteing has headed up a digital revolution at the venerable Parisian fashion house, while recruiting an ethnically diverse ‘army’ of famous friends. This weekend in Paris, we watched him remain wholly dutiful to these values as they found translation in the designer’s third menswear collection.

Olivier’s troup of Balmain boys (and girls) stormed Paris, with guest appearances made from Alessandro Ambrosia and Baptiste Giabiconi. The clothes exemplified everything we know and love about Rousteing: there was a modern take on military references, a continued exploration of excess and of course, embellished opulence. It was a tribute to workwear, but not in the traditional sense. Overalls and denim jackets – all part of the utilitarian uniform – were taken at grassroots level and given a point of reinvention. Evolution is, after all, what Rousteing grows his reputation on.