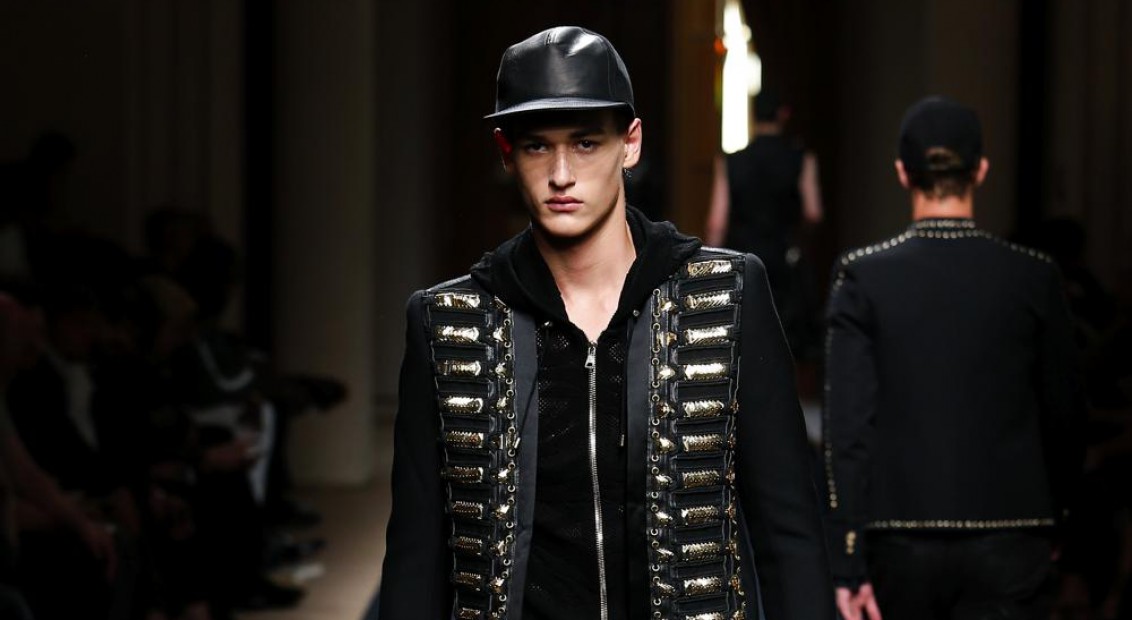 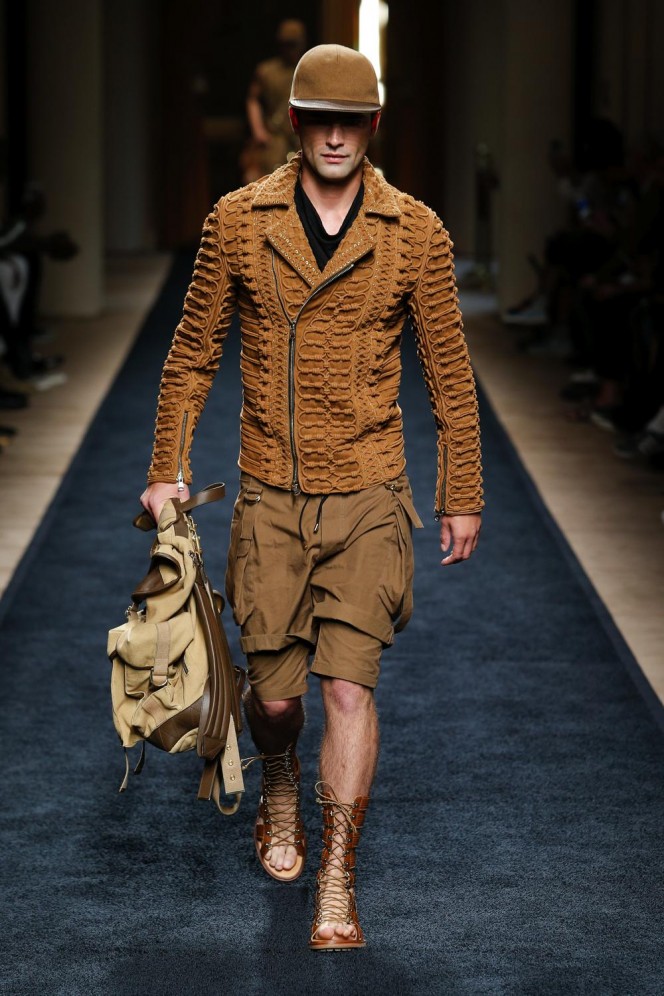 This was Olivier Rousteing’s first menswear show for Balmain. The safari-concept was undeniable, but its meaning runs a little deeper with the designer. A reference to his own personal adventure with a heritage house that he has grown and grown since being appointed in 2011.

The typical tropes of Rousteing’s rich-detailing was as present as it is in his womenswear. Suit jackets were acutely embellished, with woven rope creating repeating motifs that embodied true craftsmanship. The same technique was used on jumpers, too – a now-coveted piece, no doubt. Opulence radiated from tiger-print pony-skin suit jackets, gold-chain tops, and safari boots that were recast as Gladiator-sandals rather than terrain-ready adventure shoes. A feminine touch, but one that simultaneously felt masculine, and brutish.

The Balmain coat-of-arms made its appearance again – sighted on breast-pockets, forearms and upper arms of sleeves – sometimes paired with a Union Jack-print, and positioned sporadically and asymmetrical as to avoid conventionality. The win here was that Rousteing approached the safari sway with a youthful stride and a fresh execution that has more than firmly cemented his position in the menswear calendar.