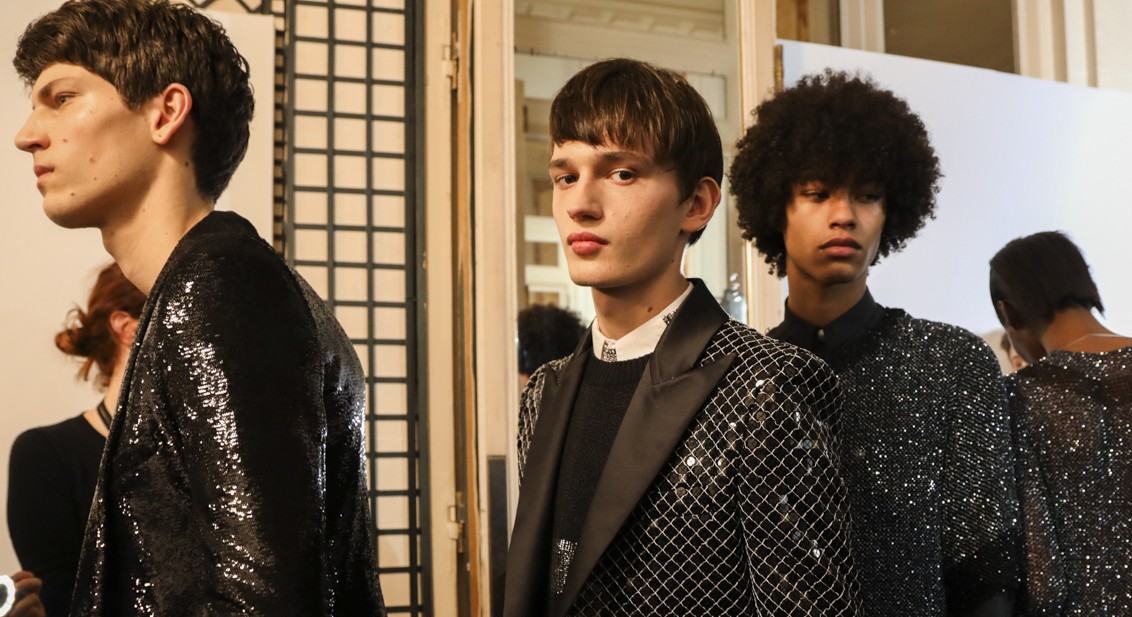 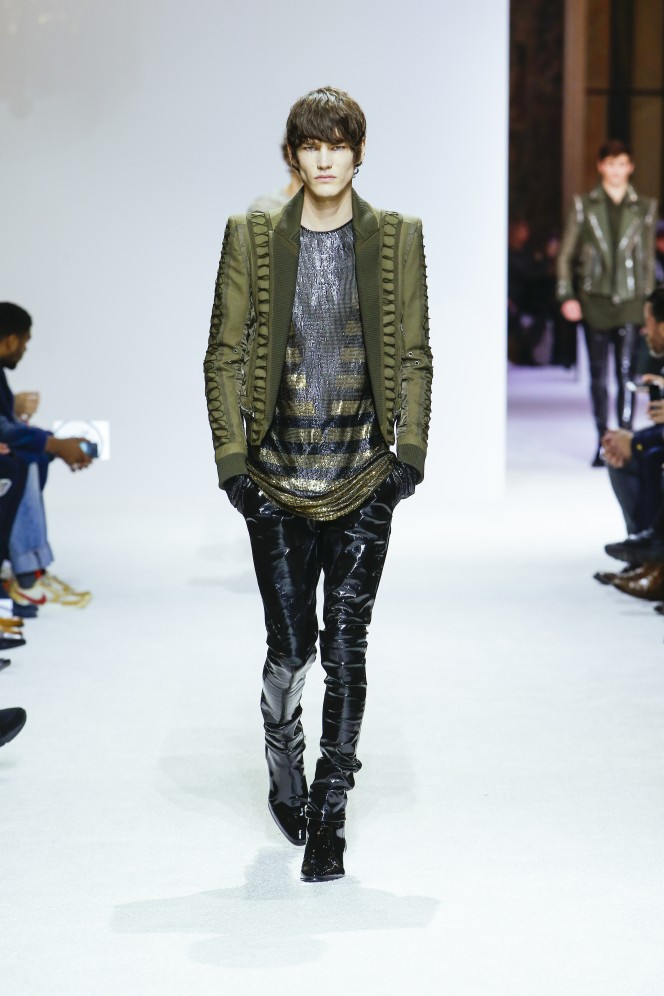 “I’m Only Human” read the t-shirts, but maybe that’s not entirely true. After all, Balmain’s runway was cast through a dystopian sci-fi lens that gave a hint of Blade Runner’s replicants.

Providing new uniforms for the Balmain Army, the collection showcased Olivier Rousteing’s grounding in clubbing and martial styles. Fabrics that sounded like they could belong in both worlds appeared, thick furs, khaki leather, the glint of chainmail, while PVC was used heavily throughout (and a fair amount already this season), transparent for reading the beaded slogan T-shirts beneath, or worn full-look in black and striking in its slick alien-like minimalism.

Another glittering beaded expression for the season: “Fashion is not Evolution but Revolution”. The inverse of Pierre Balmain’s famous quote. Rousteing was addressing a change since the founder’s more conservative era, to the frenetic immediacy of our post-digital landscape today, where everything is Insta-nt (and it’s hard to keep up). As far as dystopian goes, the clothing felt spirited, youthful, glamorous and fun. If these are the clothes we’ll need in the future, maybe things aren’t looking so bad. 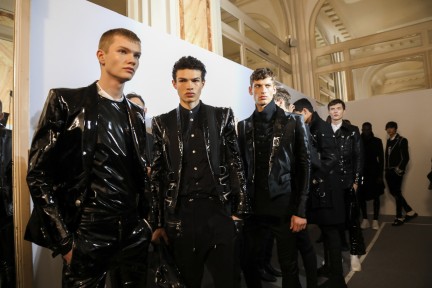