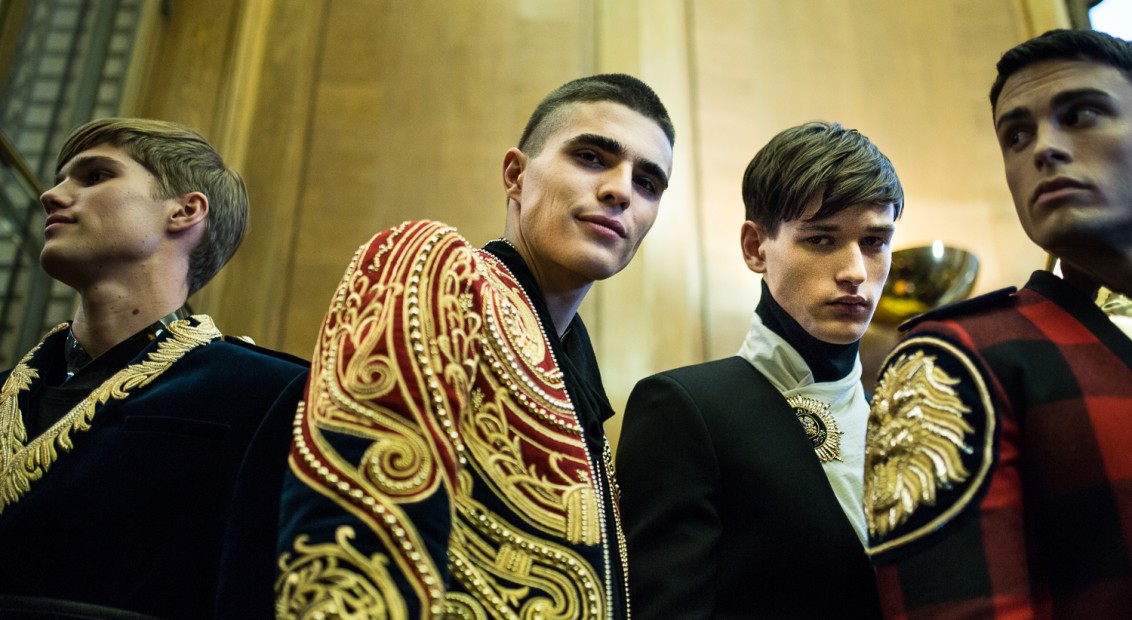 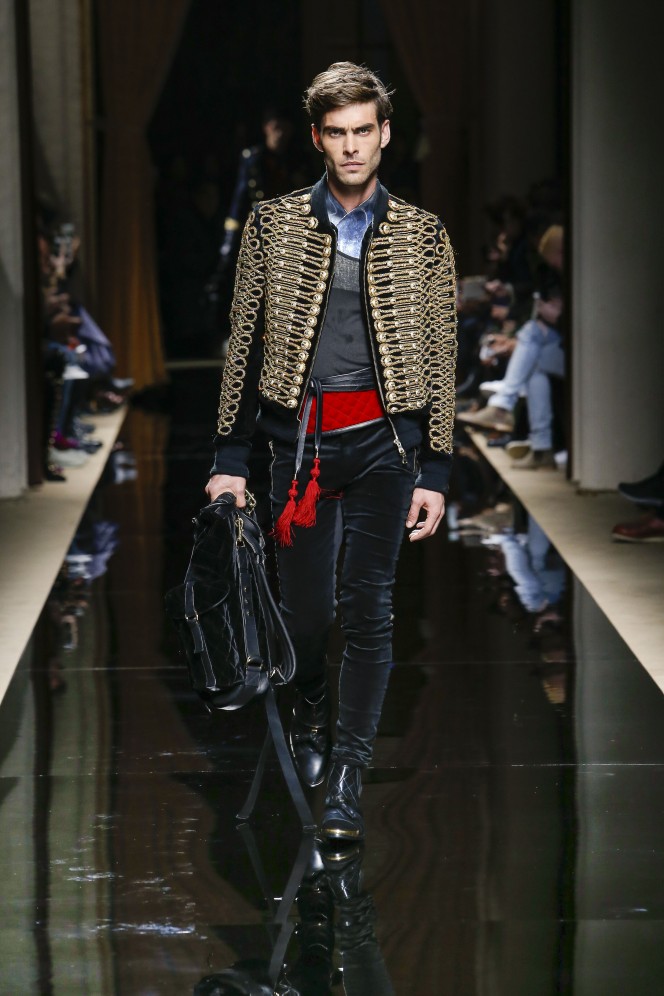 Olivier Rousteing’s commandment of the catwalk’s best and brightest is well-known. And it was reiterated again today: Jon Kortajarna, Lucky Blue Smith, Marlon Teixeira, Francisco Lachowski, Dudley O’Shaughnessy, Baptiste Giabiconi and Filip Hrivnak were all present. Continuing to command his #BalmainArmy and the house’s militaristic aesthetic is a Rousteing-only mastery. Where the SS16 Balmain man (Rousteing’s inaugural menswear show) was an adventurer, clad for all climates, this season the inspiration came from Hungarian Army’s elite horsemen, the Hussars – an army with a reputation for being dashing adventurers, all gold braided jackets and leather boots. Sound familiar?)

Colours came dark and details – gold buttons, brooches and embroidered insignias – contrasted for striking effect. Rousteing’s dextrous signature of embroidered embellishments has become his calling card (like his womenswear): lapels were decorated with rococo swirls, chequered patterns were woven in, and jackets were highly embroidered with coloured florals.

Necklines were cut deep – proper deep – which to some dudes would be social heresy but, however, from Generation Z’s perspective who fervently jump into off-bound gender territories (the same community that Rousteing connects with through his 2.1-million Instagram following), it’s not such a crazy idea. Executing this season’s line-up demonstrated the designer’s firm comprehension of the brand’s direction. 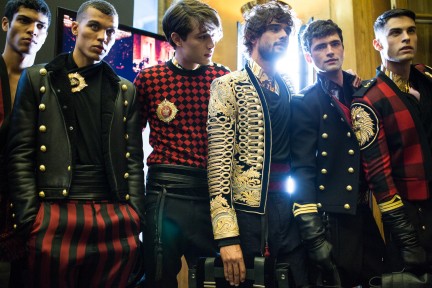