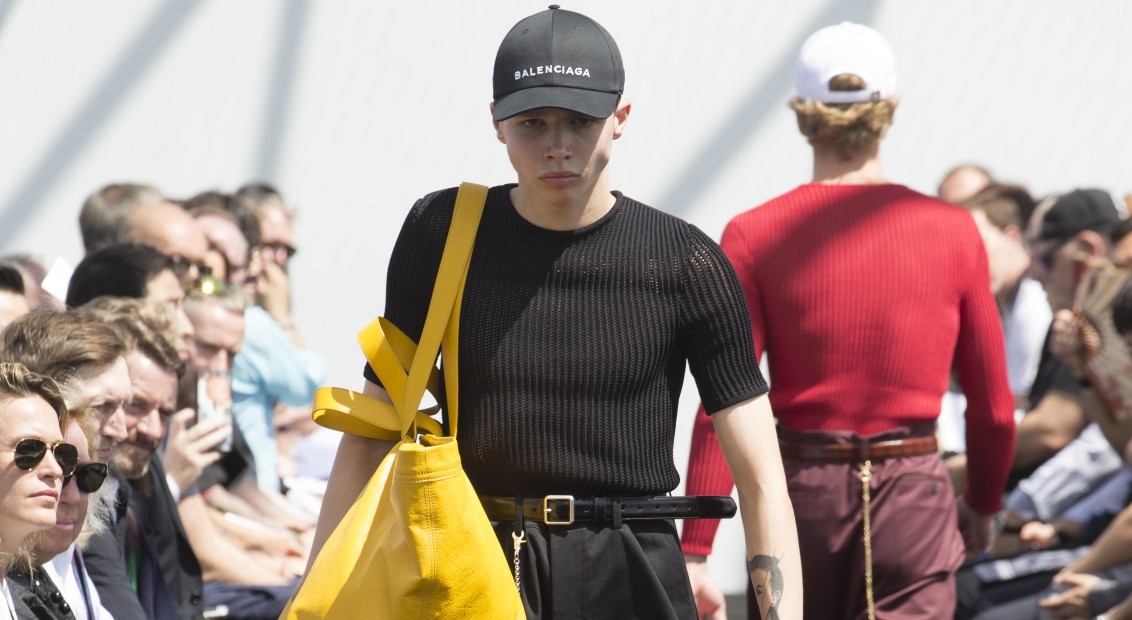 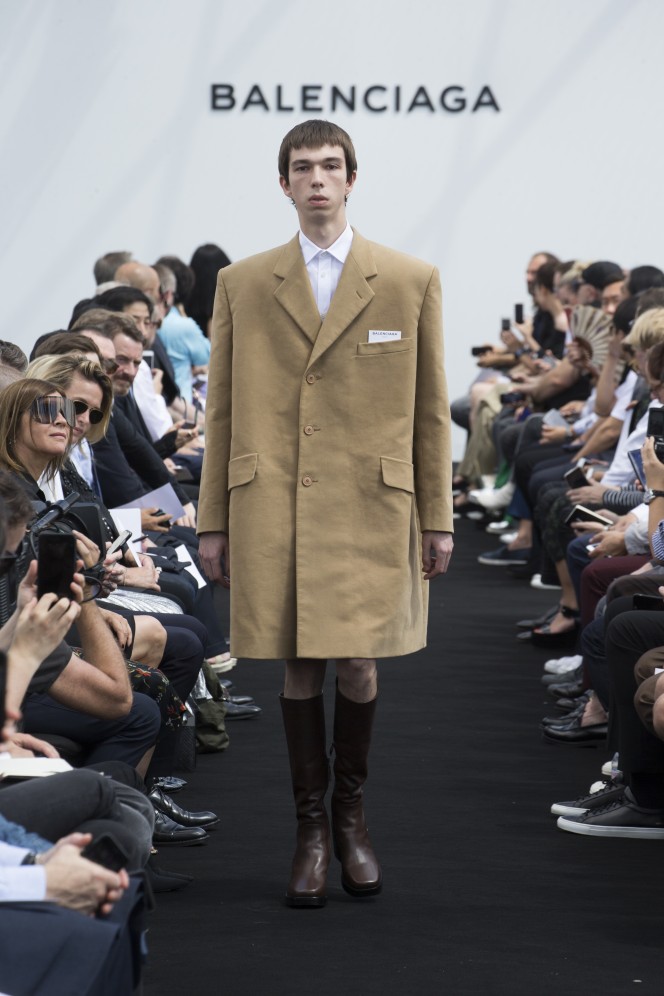 An unknown quantity is a tantalising thing. So when Balenciaga creative director Demna Gvasalia announced the house’s first menswear show in its storied history, ears piqued and rumours spread. The fact this would also mark the Vetements designer’s debut menswear collection only added fuel to the fire, creating an almighty buzz that rivalled the football chants emanating from the city’s streets.

So how would the designer approach such a hotly anticipated collection? Well, think back to FW16 – when Gvasalia showed his debut womenswear collection for Balenciaga – when upon each chair lay show notes extolling the virtues of couture, providing a vital clue as to the designer’s reinterpreted vision (early century couture silhouettes meets contemporary utilitarianism). Fast forward six months to yesterday’s show, and once again there was a black and white hint: “A man’s counterpart to heritage of women’s haute couture is the tradition of bespoke tailoring. To reconstruct a body through cloth, changing perceptions of the man inside,” read the show notes.

From the underground Le Depot club where those agenda-setting debut Vetements shows took place, to the panoramic-viewed roofed sixth floor of Lycée Saint-Louis-de-Gonzague (a Roman Catholic school in the 16th arrondissement of Paris) chosen for this debut, the symbolism was there for all to see – this was ‘luxury’ Demna.

With speakers set to mute, the sounds of the hustle and bustle wafted upwards, creating a Truman Show-esque view on civilisation. As the hush was interrupted by a drone circling ominously overhead, Gvaslia sent out his first looks: boxy outerwear with broad, oversized shoulders reminiscent of David Byrne’s Stop Making Sense ‘big suit’, each paired with shorts (that only occasionally appeared below the coat hemline) and stacked platform heels – think Melanie Griffith’s character in Working Girl meets Nosferatu.

The theme was set: an exercise in tailoring. Silhouette volumes came manipulated, exaggerated in parts (shoulders, boxy profiles and oversized tote bags), shrunken in others (straight-jacket tight double-breasted suits and cropped trousers), expanded and retracted. Here, Gvaslia was using tailoring as a transformative medium, playing with scale to alter the way you walk, the way you hold yourself and the attitude clothing can inject – rather than the clothes fitting the body, the body fits the clothes. Sitting above Paris’ rooftops, it was hard not to draw a connection between the angular Parisian architecture and the linear tailoring on show.

It’s clear that Gvasalia has been doing his homework. Cristóbal Balenciaga – a master tailor himself – developed a number of shapes that he continued to reinterpret right through to the end of his time at the house. At the same time as Christian Dior was tightening body frames with his New Look, Balenciaga was playing with volume and creating barrel-line sack dresses that created freedom and movement.

As the soft harmonies of a church choir filled the space, the catwalk morphed into a church nave. A homage to Balenciaga’s passionate religious beliefs, ecclesiastical-inspired evening wear took the form of ‘Papal purple’ and ‘Cardinal red’ looks paired with ornate scarves resembling priest’s stoles – made from silks woven by The Holy See (suppliers of the Vatican, no less). Gvasalia, you’re preaching to the converted.