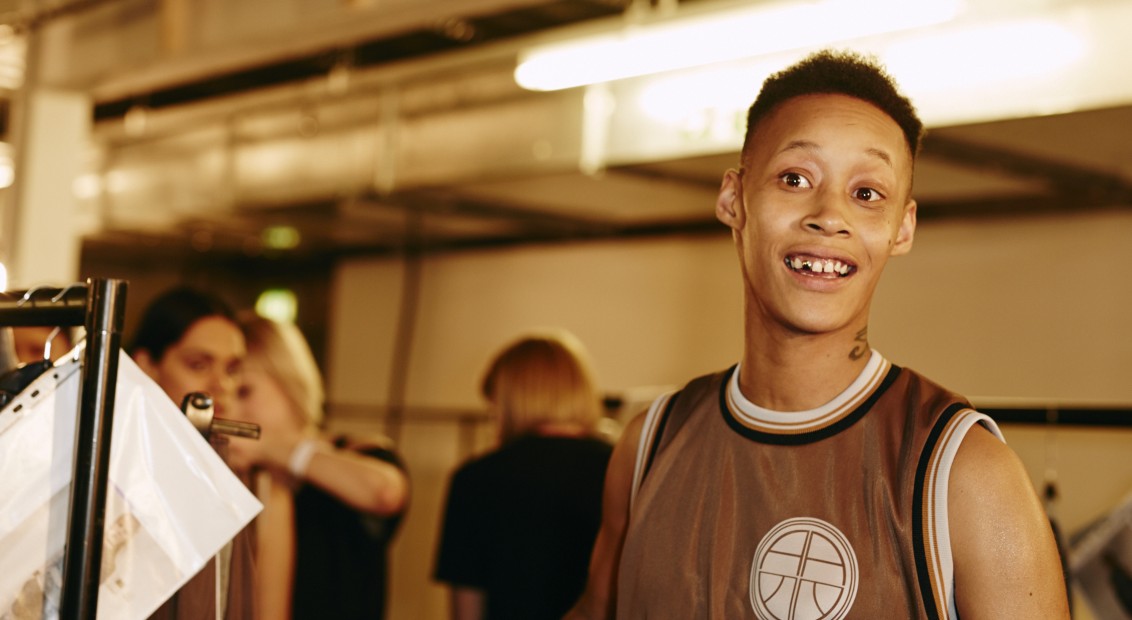 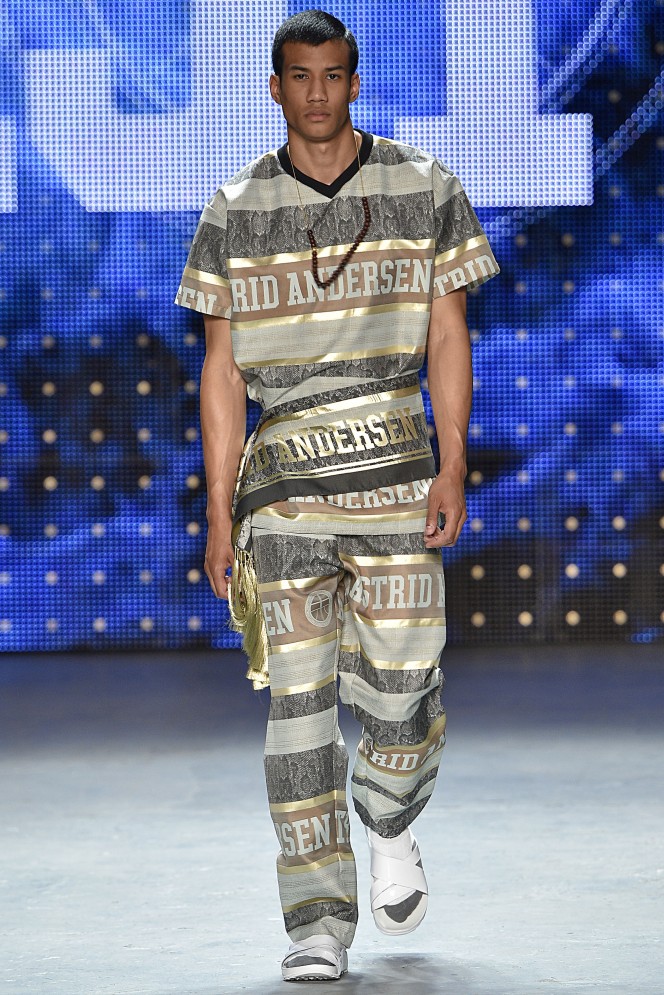 Astrid Andersen has become synonymous with the ‘sport-luxe’ genre – blending performance fabrics with signature lace accents is a kind of trademark for the Danish designer. The RCA graduate has proved her place in the industry, creating a recognisable aesthetic that is unmistakably Astrid.

Back with her SS17 collection, Andersen asked us to consider ‘time’, blurring the lines between season and nature. Shown in the TOPMAN show space in Marylebone, the collection was paired with a booming hip hop soundtrack and set in front of digitally generated shapes and mirrored views of Niagara falls – setting a tone of the computer age and the natural elements.

From the outset the cuts were familiar, but the colour palette here delved into desert-like tones that invoked the Middle East. Sand coloured suedes, snakeskin and golden tasseled scarves worn as sashes were paired with billowing swathes of grey grid fabrics that followed behind the models. The accents of lace were again present, but this time seen alongside knitted calf length polos and skirts – perhaps a nod to traditional arabic silhouettes. Astrid’s key tracksuit looks were injected intermittently throughout the show to ground the theme, with button legged joggers and bombers heavily branded with the house name.

The attitude of both the collection and models was confident but relaxed – comfort in heat. The exotic tones brought together in stripes and grids gave a modern edge to the classical feeling of many of the looks. A past-future balancing act that Andersen is adept at acing. 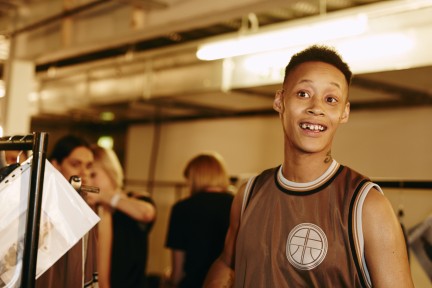