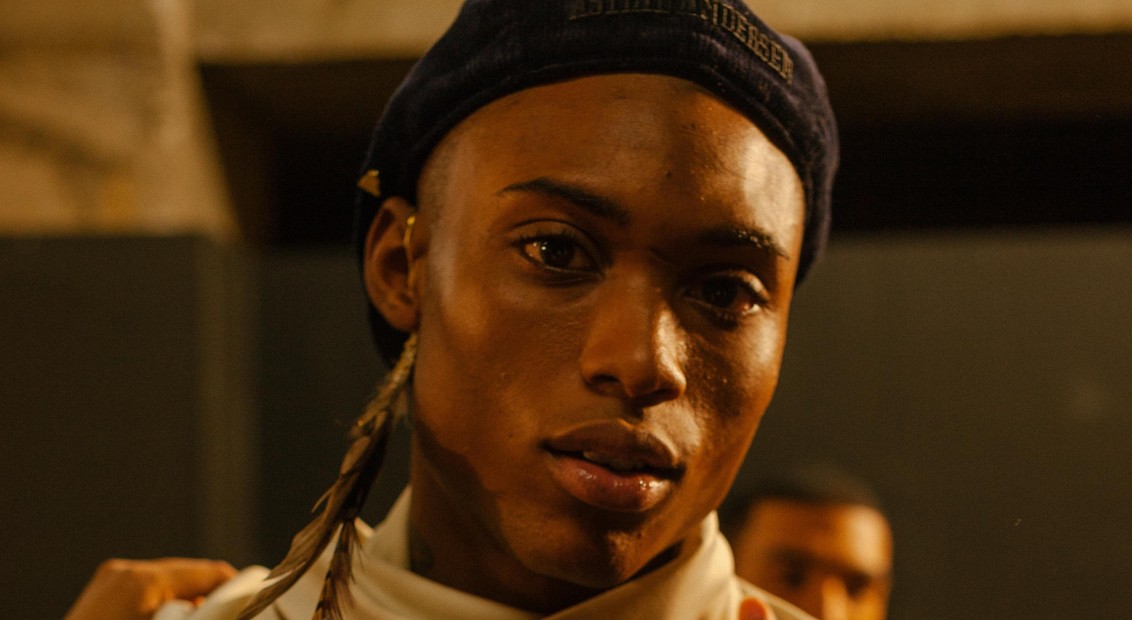 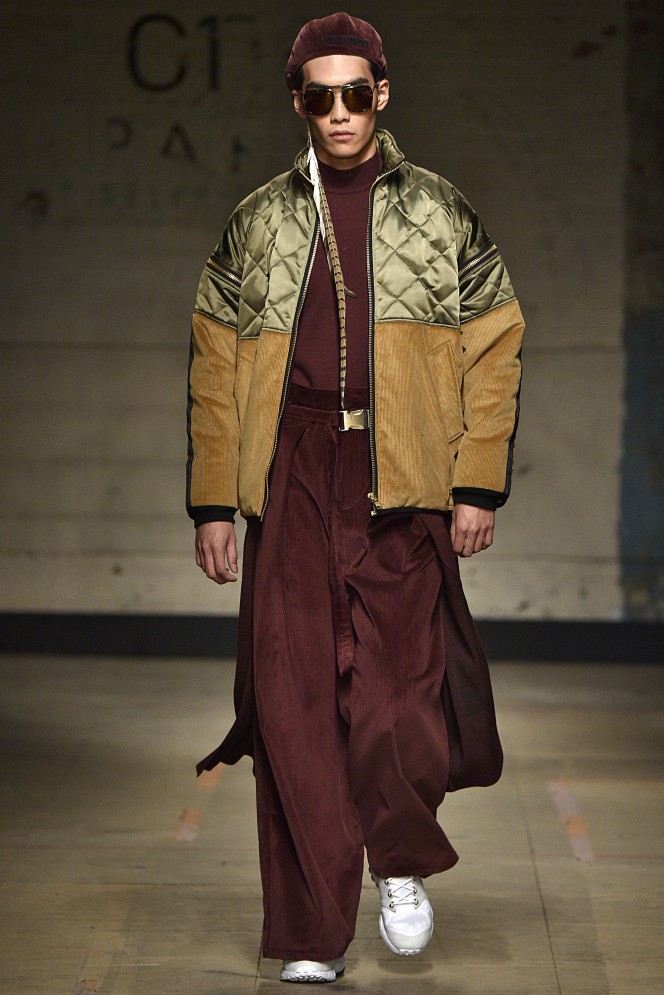 Trained at the Royal College of Art, Astrid Andersen made her London Collections: Men debut with the backing of Fashion East, and later via a deserving bout of NEWGEN sponsorship – both platforms that have supported some of the London menswear scene’s biggest successes. Lauded for her inventive and continued exploration of modern sportswear, Andersen has carved out an eponymous label that has fast become synonymous with the intelligent re-appropriation of sportswear.

The Danish designer has never been afraid to turn athletic pieces on their head, and during her FW17 show, we watched her do just that. Shown in the TOPMAN show space in Marylebone, Andersen took sportswear to the next level, repurposing and giving fresh translation in lush burgundy velvets, shimmering golds and with the addition of pieces from her new line of sunglasses. She was exploring the kind of opulence that has been present in period of men’s fashion throughout, history, but which is not so apparent in the way men dress today. And so, the tracksuit became elevated, Andersen lifting it above contemporary notions of the laziness it entails (headlined in pop culture by Karl Lagerfeld’s statement that “sweatpants are a sign of defeat”).

Cast in formal velvet and accented with details like Sophie Hallett lace, Andersen crossed traditionally pared back pieces to luxe territory. Delicate accessories were executed by friend and creative collaborator Elgar-Johnson, while her love of hip-hop and its innate connection to fashion was channeled over the speakers by South London poet, musician and DJ James Massiah, who created a special mix for the show. 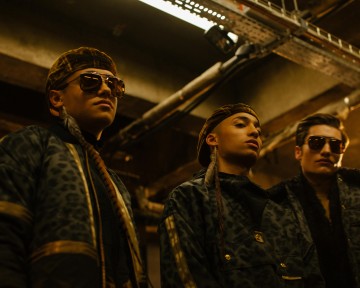