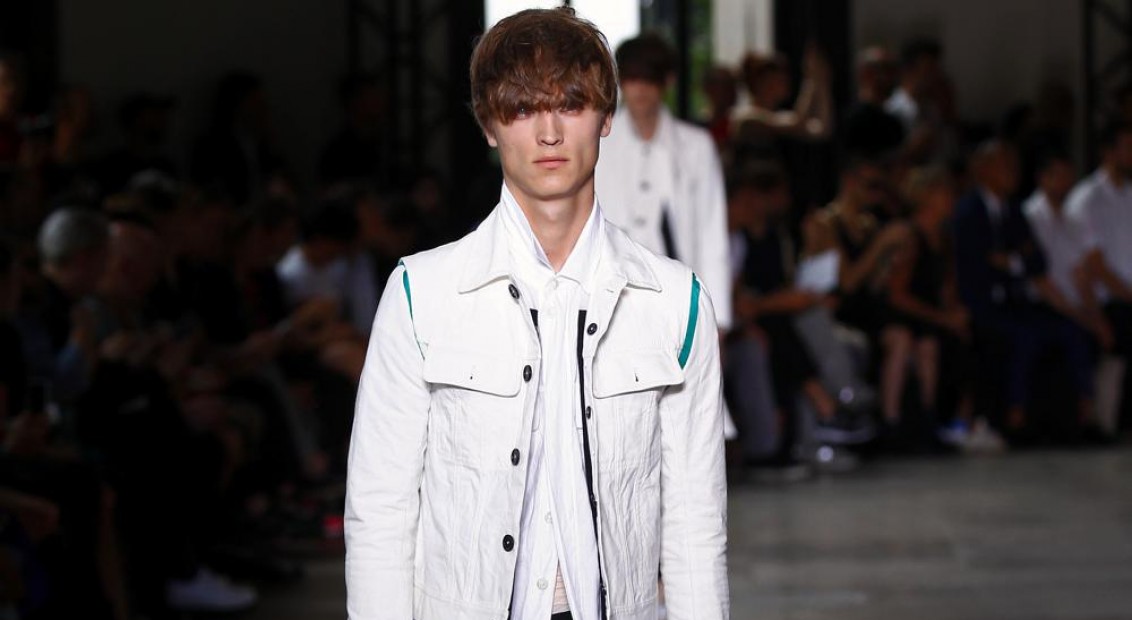 As if Adam Ant were one of Jane Austen’s gentry, Sebastien Meunier’s SS16 menswear output for Ann Demeulemeester incorporated elements of dandy dress with an articulate use of block colours and angular dynamics.

A tilted perspective formed the foundation of outfits that cut billowy silhouettes to scope with oversized, broad open cuffed shirts, sharp necklines, and tiered layering. Geometric shapes patterned vertically from head to toe, with tops primarily falling below the knee or to the waist and covered by sheer material, exposing the hem.

The continuity from FW15 was clear in a bold approach, svelte lines suiting this season’s informal-formal tension. For a collection inspired by the opposing sides of love and the kind where opposites really do attract, a palette of orange and yellow played alongside shades of teal and grey in slick poetry more conceptual that visually apparent. Cropped, sleeveless denim jackets with jetted flap pockets and cigarette trousers in textures from sheer, checkered organza through to leather, typifying the rebellious energy of impassioned emotions.

Today’s Ann Demeulemeester is still Romantic (yeah – with a capital R) and the inspired vision that projected the designer to her status as one of the Antwerp Six still surges strong, but Meunier’s creative license under the name stands to be noted on its own. The designer has quickly aced the balance, straddling the Demeulemeester we know and love with a distinctly departed vision for where the house is headed. 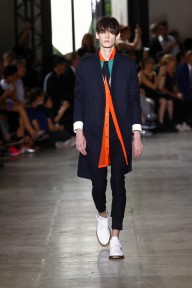