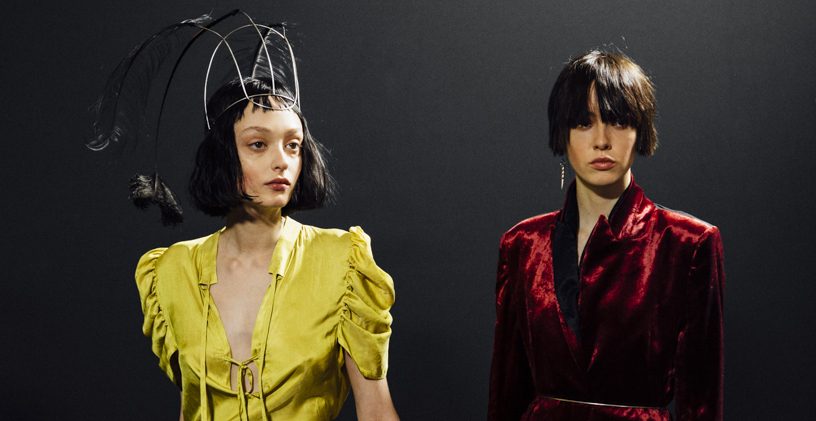 For FW20, Ann Demeulemeester‘s creative director Sébastien Meunier closed out a trilogy of shows inspired by the performing arts. After drawing first from underground rock and then from ballet, this season – entitled The Unicorn – was inspired by experimental theatre, most notably the Bob Wilson play Mary Said What She Said, inspired by the life of Mary, Queen of Scots.

The show title referenced the unicorn as the symbol of Scotland, but the idea of mythicism played into the darkly romantic collection. Black silk was draped across a series of curved, almost pannier-like dresses, which jutted into sculptural silhouettes created by wire, sometimes left deliberately exposed. Brocade blazers and ruched, red chiffon offered moments of similarly maximalist drama, underpinning the theatrical theme.

There were also more subdued moments, like the billowing white maxi skirts and asymmetric, lemon yellow dresses, whose neat folds overlapped into deliberately off-kilter necklines. But the designer also nodded to a “certain degree of perversion,” referenced visually in flashes of black leather and dresses slit high at the thigh: a twisted blend of romance and melodrama which, despite references to costume and historical silhouettes, still resonates today. 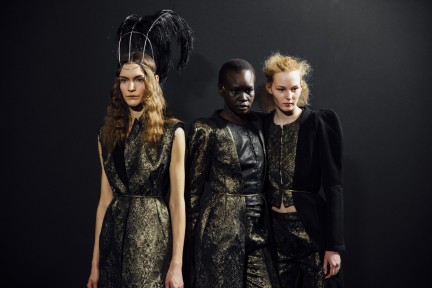