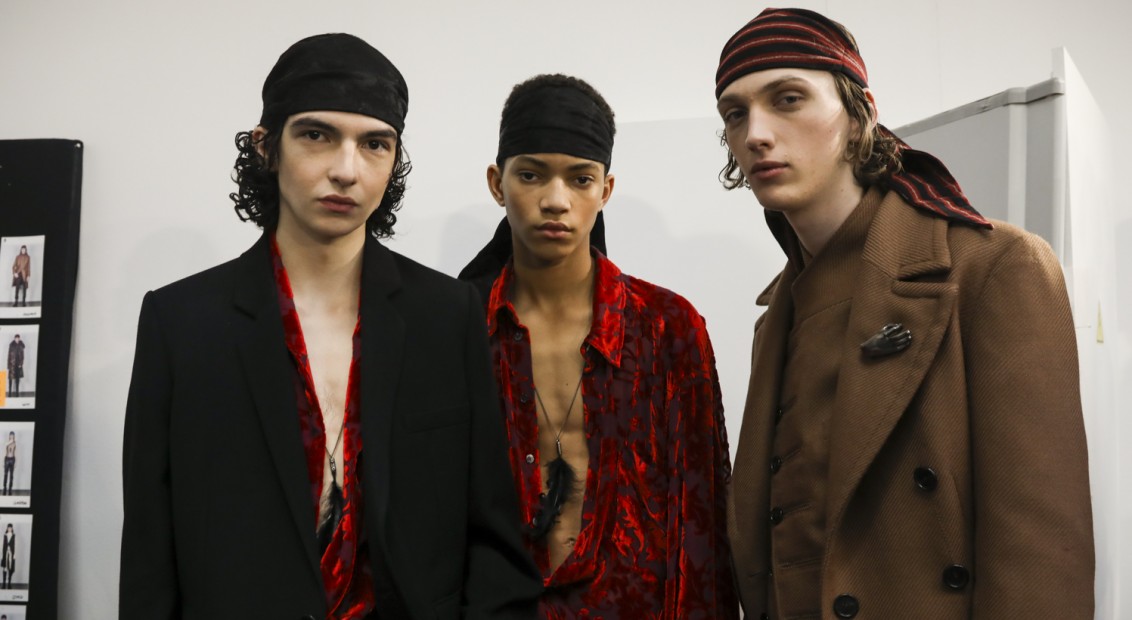 Sébastien Meunier set coordinates to the early 80s, the decade that informed the early years of the Antwerp Six, when Belgian was a hive of nascent energy and a new generation of artists and musicians were shredding the established rulebook in favour of a more anarchic approach.

Here, this attitude played out as “More rock, and less romantic” – according to Meunier. Taking cues from music’s maverick canon, items such as a rich fuchsia billowy blouse and an olive green silk robe (with a leather trench thrown over the top, no less) injected innovation into a montage of garments fit for Woodstock or the front row. A Bohemian approach was adopted in both decoration and styling; from an embellished jacket adorned with jewel clusters and coupled with a woolen overcoat, to a printed blazer worn with a handkerchief fishnet choker.

Gorgeous shearling coats paired with large turtlenecks and loose-knit off-shoulder sweaters elevated ‘basics’ – although with Meunier the so-called basics form the lynchpin of each look. Elsewhere, belts were aplenty with cinched-in waists and skinnier chain styles hanging to the hip, while feather pendant necklaces and an array of bandanas brought to mind the pirate-boho style of Keith Richards. This all played out to the thumping sound of Siouxsie and the Banshees and left us Spellbound. 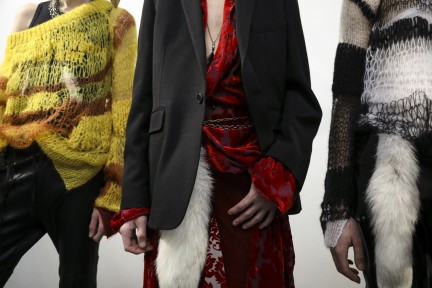