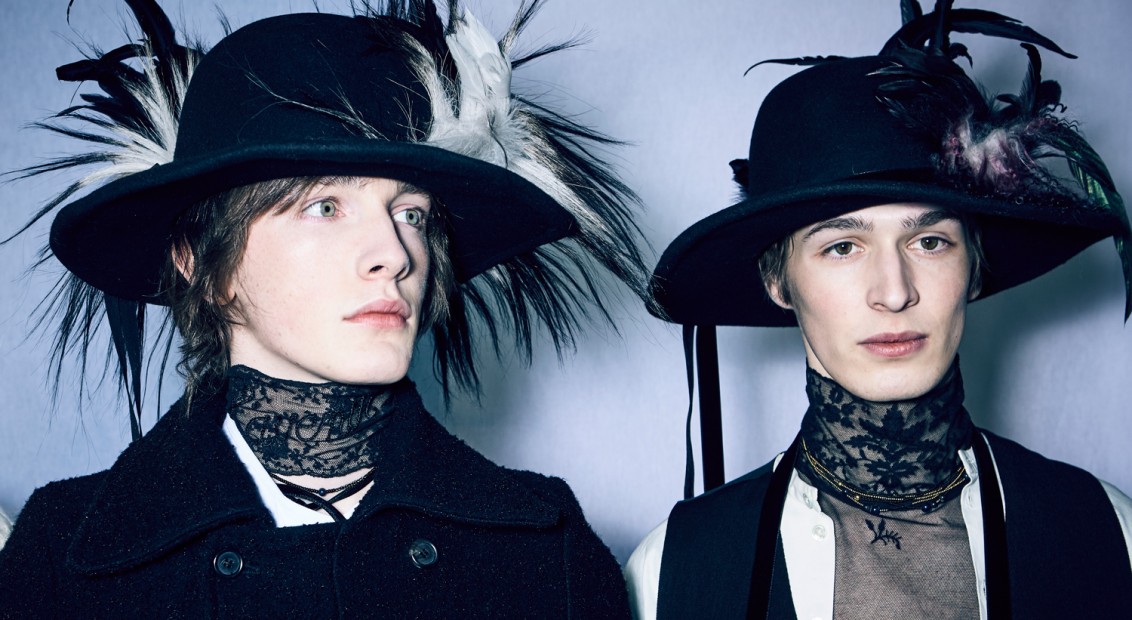 Like vampish dandies rustled up beneath Time Burton’s unruly hair, lithe Baroque boys (and girls) glided down the runway in a gothic noir palette. Layers of Renaissance white shirting, lace, and ruffles formed soft textures and even softer silhouettes elevated by silk, velvet, and fur lining, like ghostly apparitions who still possess sensation. Standout pieces? Put us down for one of those black wide-brim hats flourished with feather plumage that would easily fit in Brian Jones and Anita Pallenberg’s shared wardrobe – or perhaps Allo Allo’s Captain Alberto Bertorelli, for those who enjoy a niche reference.

Echoes of the past were abundant and yet Meunier’s man leads with progression, here highlighted by the collection’s “l’avenir” (French for future) refrain. This blend of past and present was reflected in the soundtrack as Michaela Melián’s cover of Roxy Music’s A Song for Europe was followed by Bryan Ferry and co’s original. 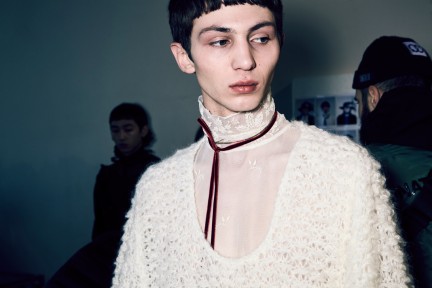