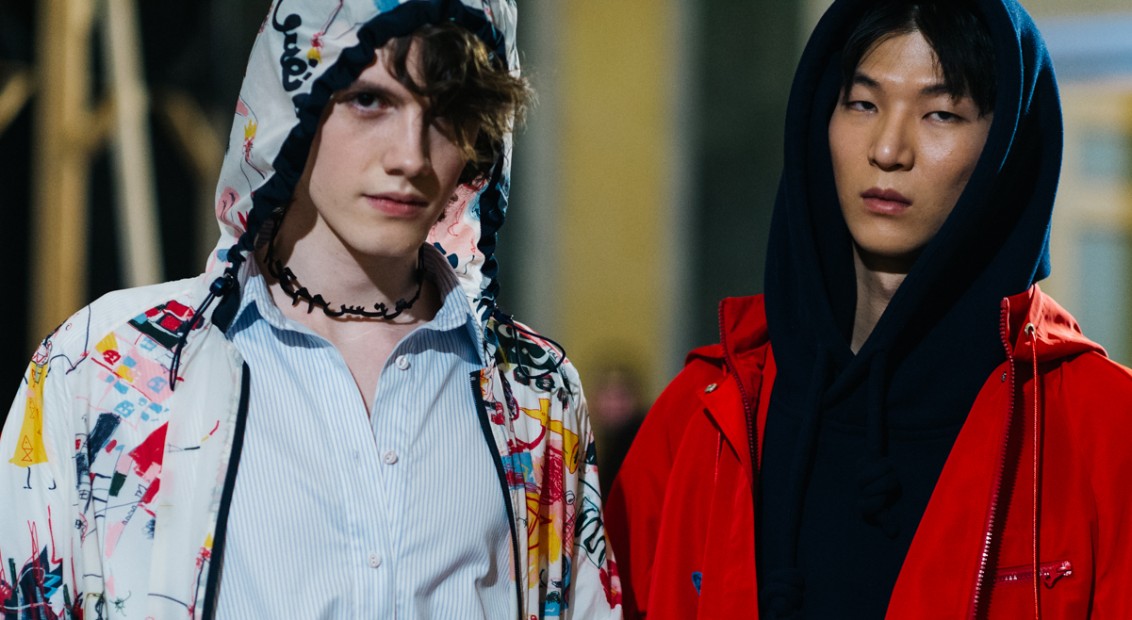 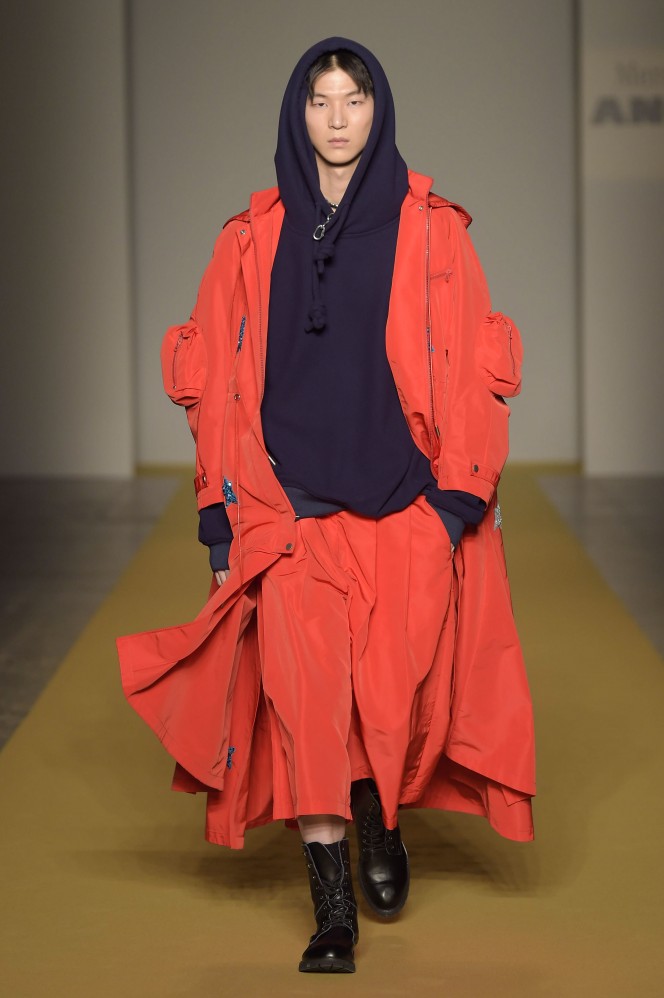 Fashion is often used as a force for political and social expression. What with the current global climate, this season has seen countless designers channeling sentiments of frustration and angst. Not so for Angel Chen: in Milan, the Chinese designer fought dark with light, bringing a collection founded in notions of unity and togetherness.

It all started with a class project Chen set for her students at a Shanghai university where she teaches. “The idea originally developed from what I was teaching my students – that each of them should create their own tribe, their own language and their own universe,” the designer explained backstage after the show. “So after that project, I felt like I wanted to create my own tribe.” Drawing inspiration from education makes sense. This is designer who left her home city of Shenzhen, China, at the tender age of seventeen to draw in as much fashion knowledge as she could at Central Saint Martins in London. After gaining hands on experience at Vera Wang and Marchesa, she returned to China (Shanghai, exactly) and launched her own eponymous line to great success, picking up global stockists and, this season, beating off six other Chinese designers to win the Mercedes-Benz International Designer Exchange Programme. Which brings us to today: Chen’s debut show at Milan Fashion Week.

Following that after-class lightbulb moment, Chen was thinking a lot about the world’s tightest-knit cultures. “I was heavily inspired by the tribes of Africa, New Zealand and Nigeria, which resulted in lots of textural, colourful stuff, lots of hand-weaving, and embroidery,” she said. And so the youth-fuelled streetwear aesthetic she has carefully honed since debuting her line in 2014 was given a global hit, referencing the Māori people of NZ, the Yoruba in Nigeria, and the Nyangatom of Ethiopia and southern Sudan – to name a few. A clash of textures and colours took centre stage: metallic red yarn tasseled capes and trousers; primary-toned painterly prints; all-enveloping faux fur coats, one of which was worn over a cropped hoodie and trackpants and with silver boots (who knew baby pink could be so badass?) Fringed ponchos made in collaboration with French mill Malhia Kent had ANGEL CHEN embroidered on them, and were worn with indigo denim and giant fluffy mules.

As a designer, referencing cultures outside of your own can present a tricky line between inspiration and appropriation. But Chen exacted her influences with subtlety and respect, drawing more from a feeling than a direct look – like the woollen fringed textures that echoed the ceremonial dress of the Bamileke people in Camaroon’s west and northwest. Playfulness was also key (most alive in giant lizard backpacks worn by some of the boys), a cornerstone of Chen’s growing following both within and outside of China’s booming emerging designer market.

Over the course of her career so far, this young designer has often lingered over the intersection between East and West culture. It’s a natural inclination, having spent much of her life reconciling an upbringing in Shenzhen – a Chinese city that has developed greatly in the past twenty years – and Western fashion influences like John Galliano, whose work she idolises. In previous collections that has meant mixing Asian subcultural references with contemporary sportswear silhouettes, like the windbreaker that’s become one of Chen’s most popular unisex outlines. Here though, she widened her scope to a broader world view, in tune with global notions of cultural unity and tribalism. In difficult times, we can do with a reminder that together we are stronger. When it comes in the form of a memorable collection from a talented, passionate young designer, even better. 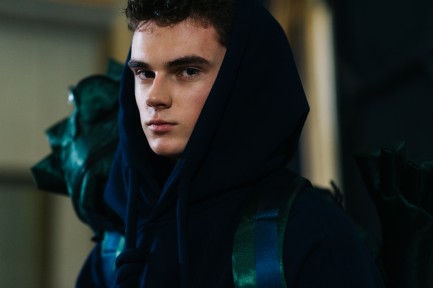