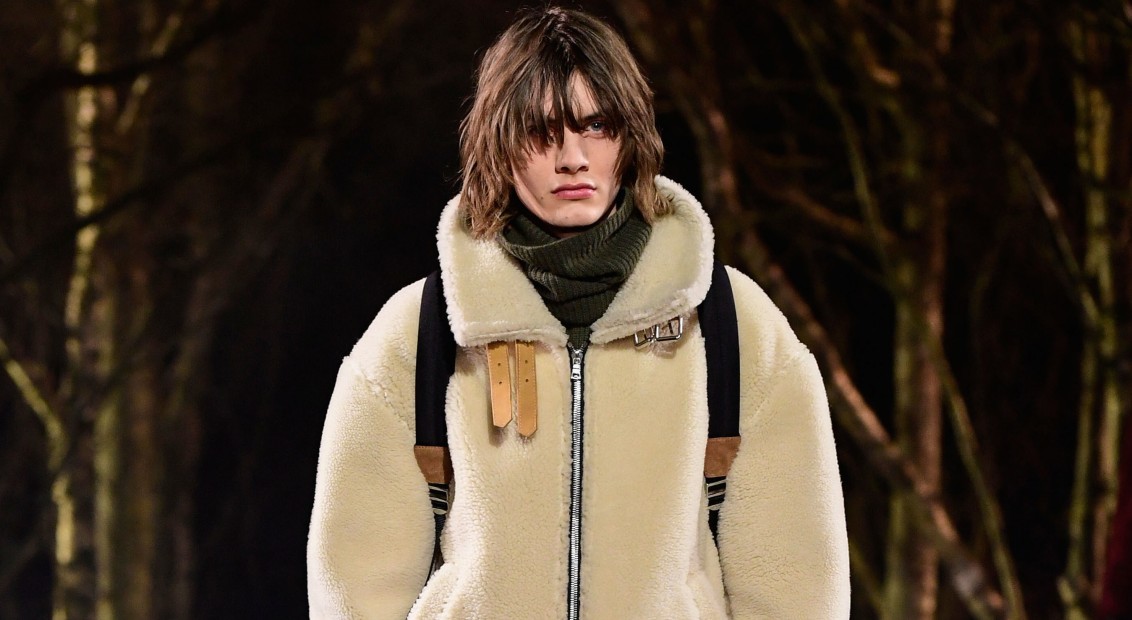 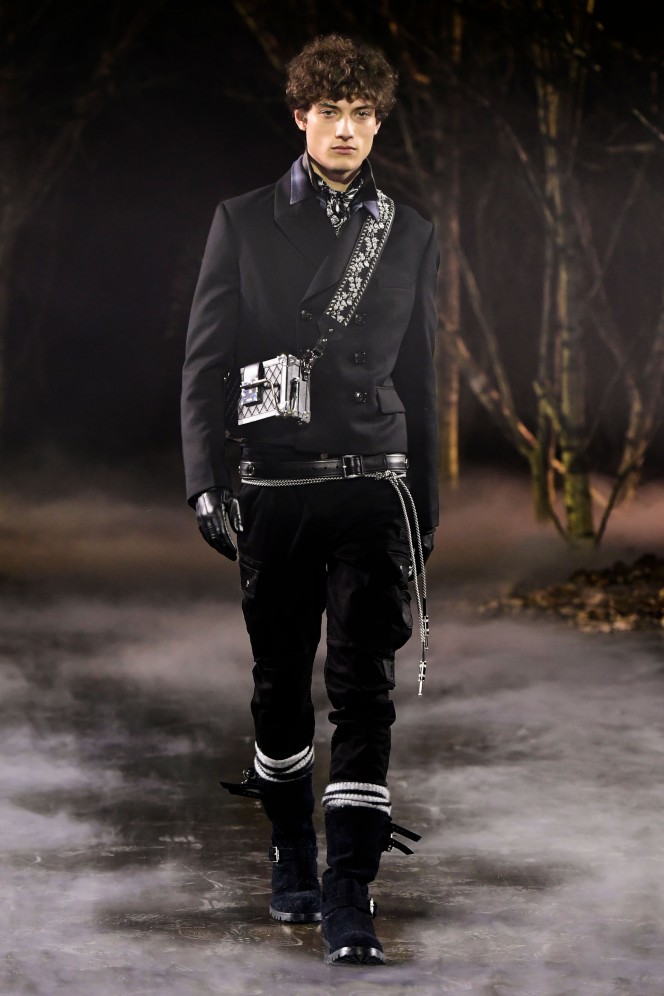 When the throbbing pulse of city life begins to drown out the creative feed, many musicians have sought to liberate themselves from the extraneous stresses by relocating to isolated new surroundings. Bob Dylan famously had the Big Pink, the West Saugerties house where he and the Band holed up and recorded most of the music that would eventually become the legendary Basement Tapes while Led Zeppelin relocated to the sleepy Welsh valleys to record their radical third album, Led Zeppelin III.

Now, the Amiri man is packing up and leaving town. Inside Paris’ Salle Wagram, a woodland path set the scene, like a setting plucked from Midsummer Night’s Dream. Or perhaps Sleepy Hollow provides a more apt reference point for the romantic midnight cowboys who reside here; in particular those first fourteen all-black everything looks that saw the Amiri man and woman wrapped up in leather motorcycle jackets, bulky black boots, wool peacock jackets, moto leggings and various accessories that dangled in the breeze like survival clippings and cuts; including bags slung across chests like holsters.

As the show continued these soul-searchers began to inject colour into their escapism gear. In earthy hues of rust, ochre and moss, hiking elements such as thick fur hoods, toggle jackets and snoods began to filter in but with a rock ‘n’ roll flavour. Like a long, woolen, patchwork coat, collar notched up and layered over a shearling collar beneath, oversized scarf and cotton snood. Think Kurt Cobain meets Clint Eastwood’s Man with No Name. Think sartorial swagger built for braving the elements.

Walking to a medley that included Nirvana’s Lake of Fire and The Who’s Behind Blue Eyes, occasionally models appeared carrying a leather guitar case – the ultimate accessory for creativity – slung over a tailored shoulder.