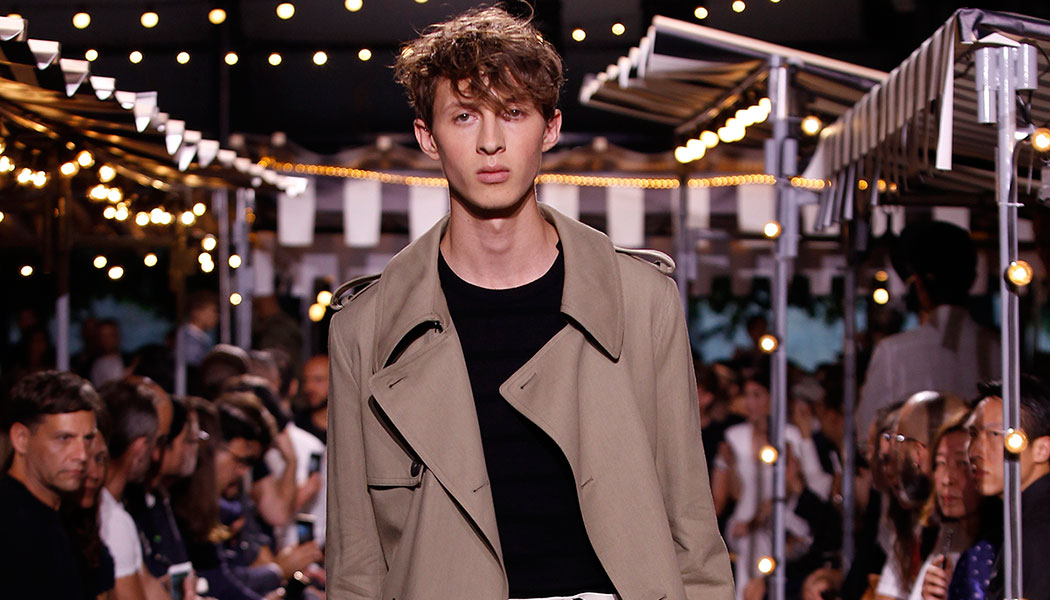 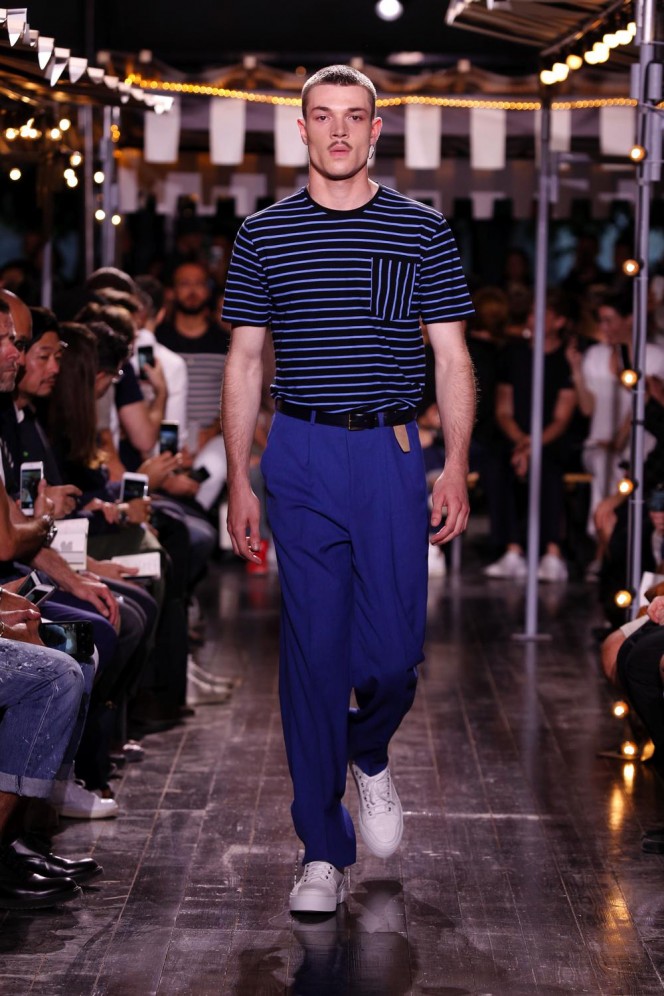 After the Ami show, designer Alexandre Mattiussi told the assembled press that the idea for his Spring collection was simple – for the next few months, these were the clothes that he wanted to wear. “Uncomplicated clothes for real guys,” he said.

It was a way of thinking that was inspired by his home town of Paris – Mattiussi has long been a designer interested in making clothes for men like himself, his friends or those who he sees on the street. The collection bore the city’s imprint: relaxed, unbuttoned shirts, loose tailored trousers and the designer’s take on a classic Breton stripe. Mattiussi said he thought about a boy popping out to buy food and what he would wear, an idea echoed in the set – a mocked-up Parisian street market.

But there was plenty here with a wider appeal: simple, modern suiting, in various colours, workwear-inspired jackets and a cropped jean all felt like clothing you could see men everywhere wanting to wear. And, with stores opening in London and Tokyo this year, and a third in Paris – Mattiussi is a designer who knows exactly what he’s doing.