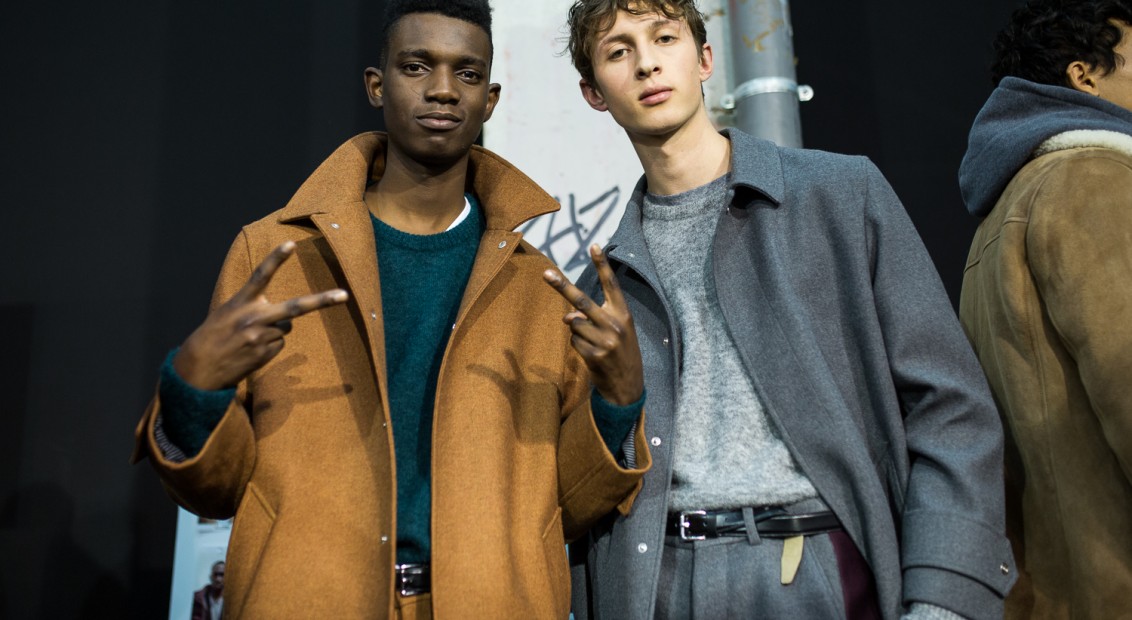 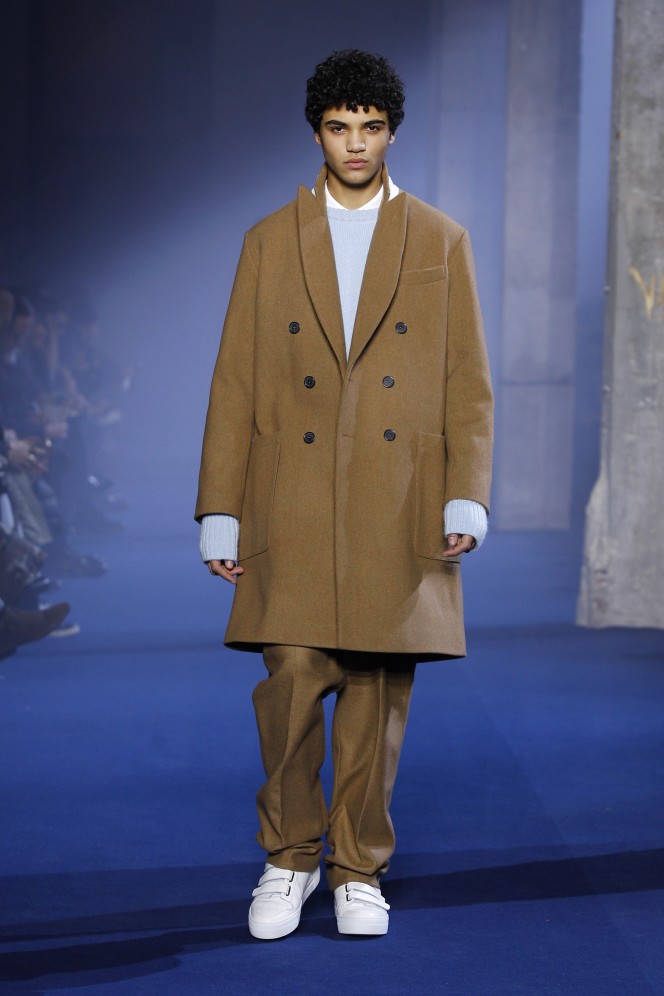 Mattiussi’s meteoric rise – from making clothes for friends and family to opening stores and becoming a firm player on the French menswear scene – is the kind that many try to capture and ultimately fail. AMI’s has been organic. Street connotations, minimalism and a Parisian air continues to project the designer’s artistic profile far beyond its French borders.

Last season Mattiussi explained to the press that he designed “uncomplicated clothes for real guys,” and while that continues to ring true, you have to look at the details to really appreciate the simplistic yet slight inklings of quirk in his work.

Long coats’ lapels were peaked and pronounced, worn with handkerchiefs (the same colour as the coat and tops) wrapped around the neck. Satin puffer jackets above tailoring sliced sports codes with formal, whilst jeans’ crotches were dropped and turtle necks enlarged. Then came a pair of trousers and a coat covered entirely in silver sequins that would make a young Freddie Mercury swoon in appreciation. While the latter seems pretty out there for the average lad it exists with panache through the world Mattiussi so adeptly constructs, which has been one part of many contributing to his incredible success. 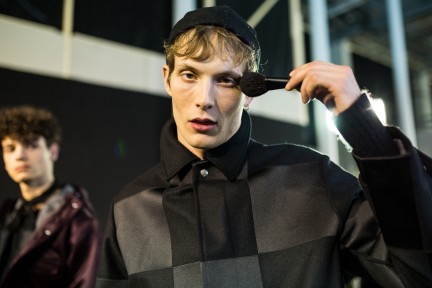