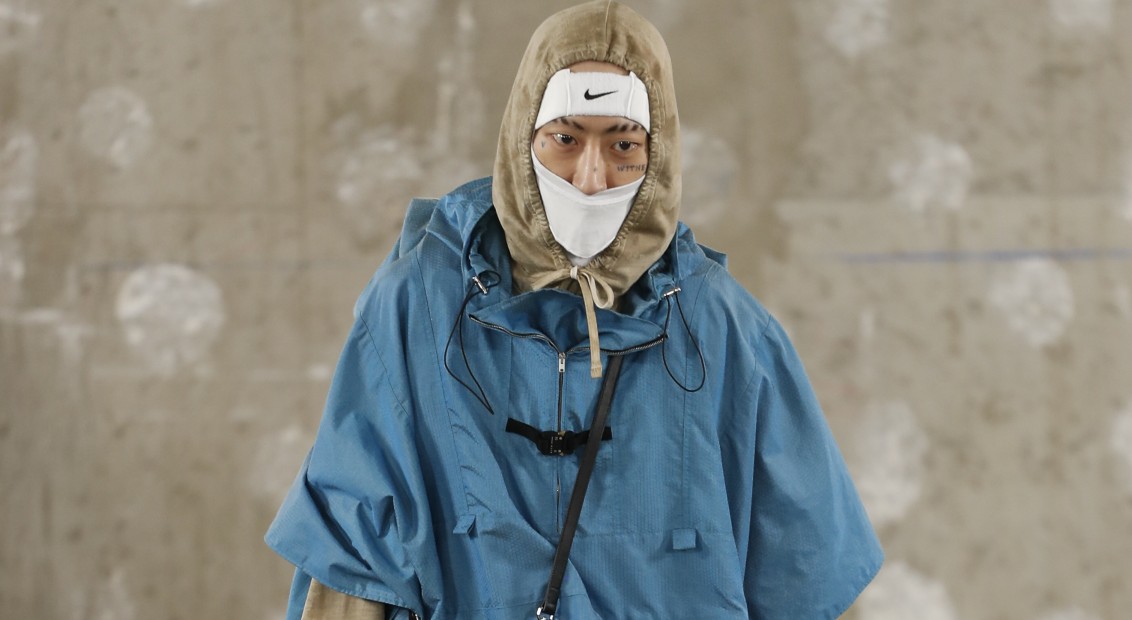 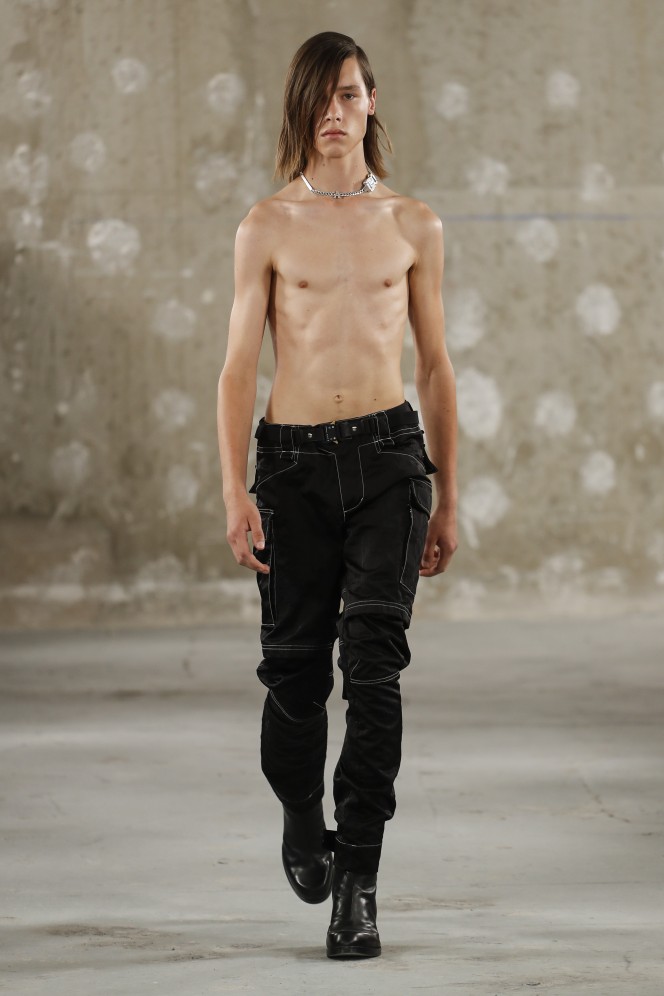 This season marked a debut runway show for ALYX, as founder and designer Matthew Williams combined his menswear and womenswear lines in an exposed industrial space. Having previously attained success without advertising campaigns or shows, this move positioned the label in a new context. Oh, and a new name to-boot: 1017 ALYX 9SM – referencing Williams’ birth date and an abbreviation of the label’s first studio on Saint Mark’s Place in New York.

Williams’ affinity for his early influences underpinned this latest offering. His collections have consistently been grounded in American culture, with the designer having spent his formative years growing up in Cali before dropping out of college after the first semester in order to move to New York, transitioning to designing costumes for musicians and later joining Kanye West’s creative agency, Donda, as art director.

A round-neck intarsia-knit sweater featured a 90s inspired American flag while one bright red strapped rucksack was sequinned with the design. The designer’s signature strapped belts closed with innovative buckles – similar to the ones Williams designed for Kim Jones’ debut Dior Men this season – securing deconstructed trousers and cropped denim jackets, while elegant blazers were cinched at the waist, adding an industrial feel to the collection. PVC pieces added a further toughness, with tight black tops, trousers and raincoats adding kink to an eclectic collection, most probably informed by Williams’ time spent in Berlin and the city’s underground fetish culture.

Drawing together a range of influences from his own life experiences, pick out any individual piece and Williams has a story behind its creation. “A collection is a gathering”, said the designer, “it is a public performance and physical connection in time and space between objects and individuals.”