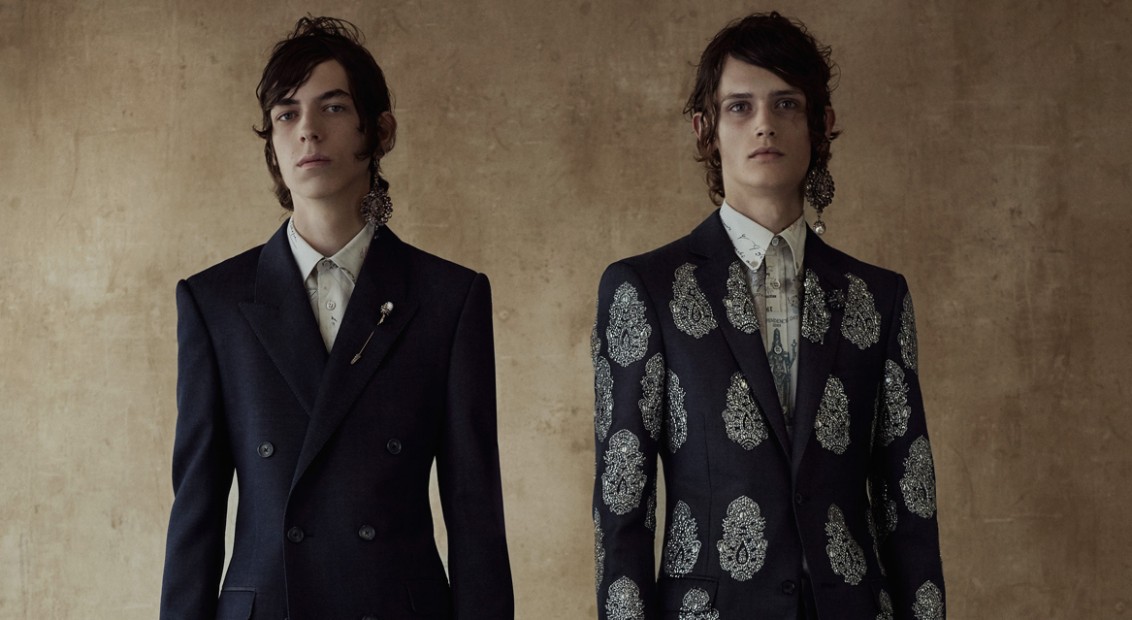 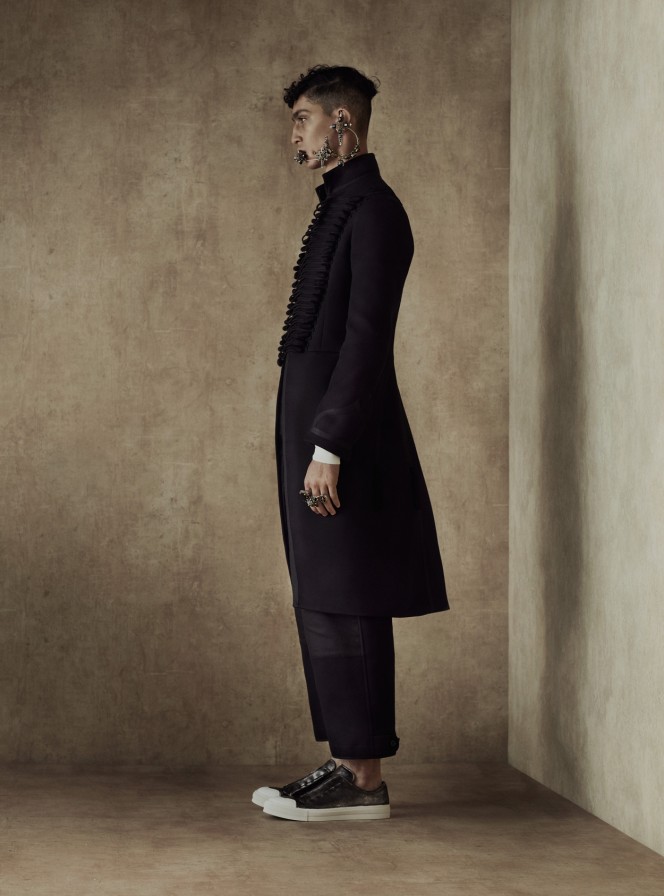 Both Alexander McQueen and Burberry were missing from LCM this season, two London heavyweights whose shows regularly inject an ‘established’ feeling to a predominantly emerging schedule. Alexander McQueen’s show is always an event, from the setting (last season was in the heart of a Grade I listed 19th century government building) and the music (which for the same show was performed live by a classical pianist) – so its absence was sorely felt. But regardless of theatrics what it all boils down to is the clothes, which were this season released via a series of photos.

The collection started its inspiration in Swinging 60s London, channelled through lush paisley tailoring cut with a sense of the modern dandy. Just as The Beatles were swayed by their time in Rishikesh late in the 60s, India’s influence struck the collection. The time of the British raj and of the nation’s rule on the Indian subcontinent are felt in the faded leopard jacquard, in buttoned shirt collars, in the dusty safari colour scheme and exotic gold embroideries.

These are the kind of influences that, when combined with the dark romanticism inherent in the McQueen DNA, effortlessly take on new meaning. You can picture George Harrison rocking the long, striped tunic circa 1966, India – just as easily as you’d throw it on to wander London’s muggy summer streets now.