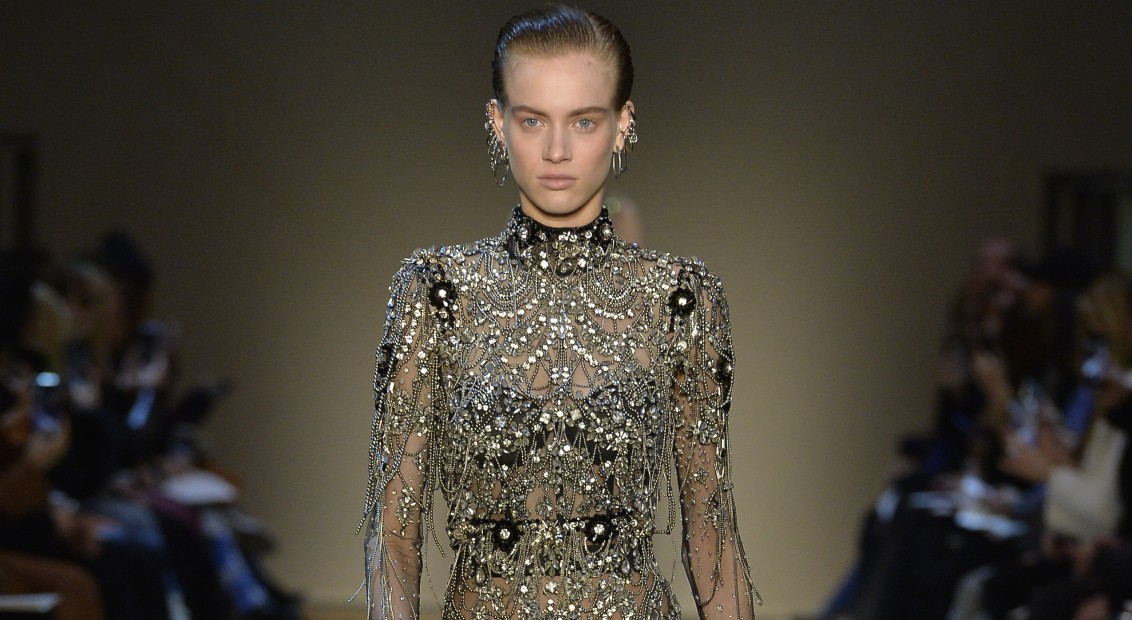 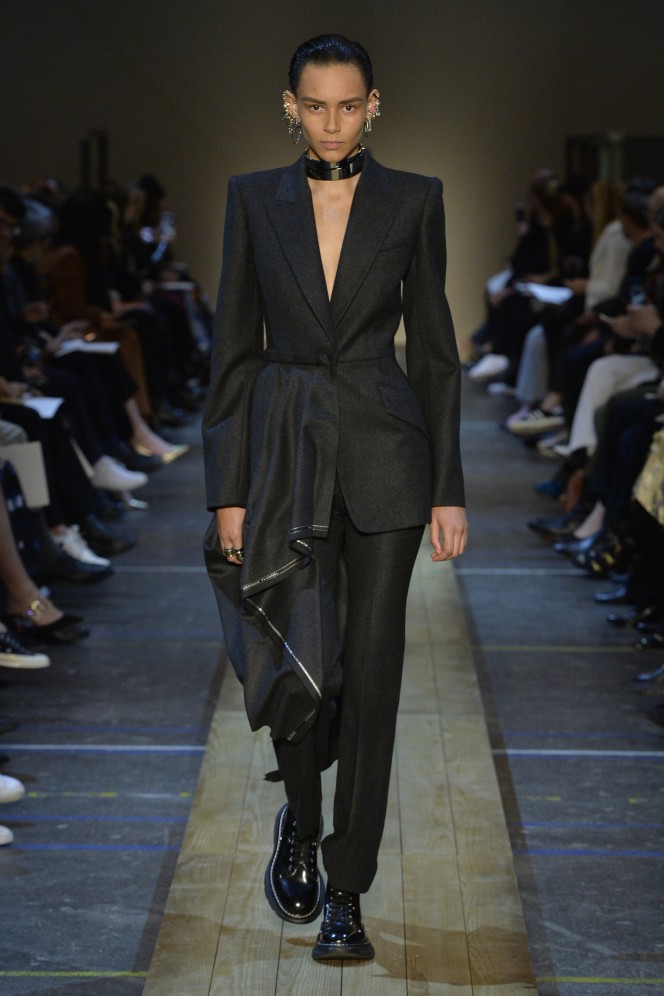 Sarah Burton’s meticulous take on Alexander McQueen’s hallmark dark romance is epitomized by the fact every runway piece of ready-to-wear must pass through her hands. This tailoring expertise – which mirrors the precision of haute couture – was evidenced by the strong and confident expression of femininity presented for the house’s FW19 collection. It drew on Burton’s North English heritage with references to the history of the region: dresses cited the War of the Roses, representing the symbolic red rose of Lancaster and white rose of the York. The result was a potent retelling of British history, with passion and strength depicted by countless folds of petals.

Before the show, short clips were presented on the house’s website, depicting jolting textile machinery which hinted towards a homage to Britain’s Industrial Revolution, while glimpses of ‘Made in Huddersfield, England’ labels with bright white stitching were spliced with images of welding, and variations of the former motif were incorporated into the opening looks. Tailored blazers with defined padded shoulders and sharp lines were softened by asymmetric draped panels with the tiny white stitching – barely perceptible – seen at the hems. Don’t forget, Lee McQueen started out on Savile Row, and built a brand with a deep understanding of precise tailoring.

The show space offered echoes of factory artefacts, with reels of fabric including Prince-of-Wales checked and pinstriped wool forming seating for guests. The selvedges read ‘British Classic, All Wool, Made in England’ – again a nod to traditional craftsmanship – and Warm strip lighting illuminated the runway, which was formed of wooden pallets.

Championing traditional craft with one foot firmly in the present, vibrant and distorted digital prints of flowers lent striking femininity to figure-skimming dresses with full, tiered skirts. A bold jet-black leather dress – the slender bodice punctuated by laser-cut blooms – counterbalanced whisper-weight plissé dresses in cobalt and sky-blue hues and voluminous gowns rendered in dramatic fuchsia and scarlet closed the show, with layers of cascading fabric artfully arranged into budding blooms. Here was a  romantic celebration of British craft, a storied chronology of which Alexander McQueen has rightly earnt its place.