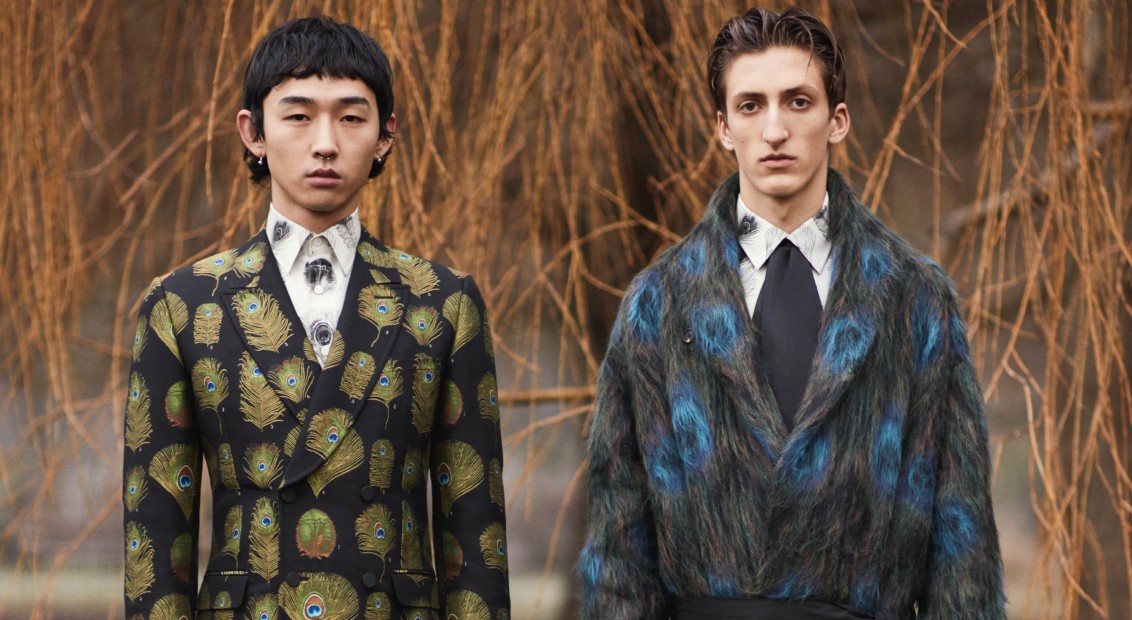 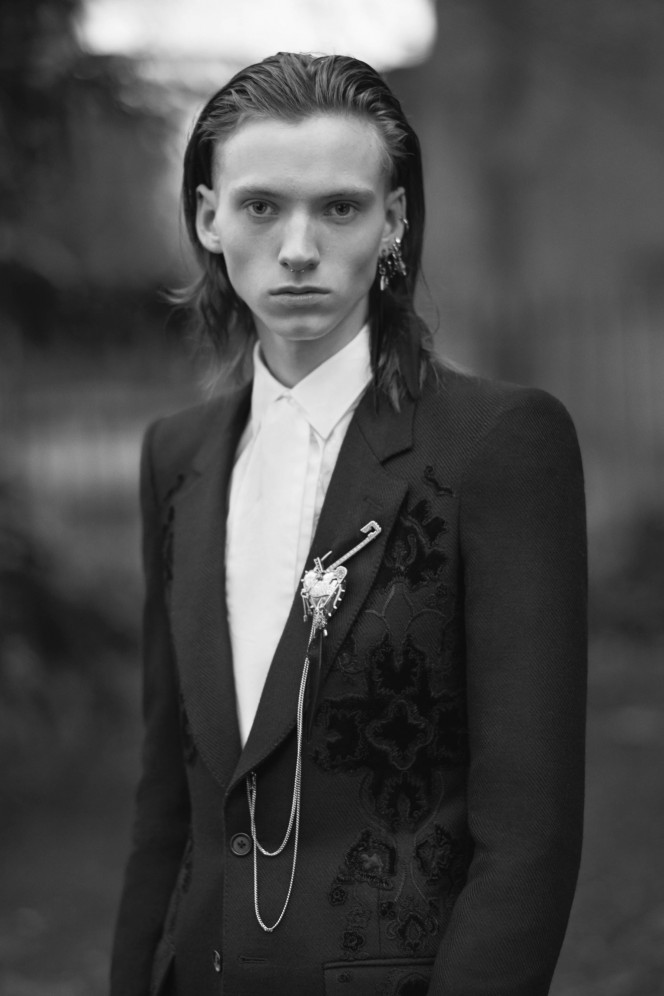 Sarah Burton is often inspired by Byronic heroes – the brooding, poetic rebels of bygone times. For FW17, this led to a focus on Oscar Wilde. The collection narrated the writer’s final journey from his Tite Street home to Paris Saint Germain, where he would eventually die.

And so the clothes meandered Wilde’s dandyistic style with initial touches of British heritage, moving into a Gallic romance in tune with turn-of-the-century Parisian bohemianism. Taking the elongated tailoring synonymous with the male McQueen silhouette, Burton spotlighted the wool-serge coats of Londoners in contrast with silk robes, paisleys, jacquards and peacock appliqués. The latter was a direct reference to the wallpaper that decorated Wilde’s room at the L’Hotel on the Left Bank, where he spent his final days. The gold peacocks that framed the bed there became the subject of one of his most famous one-liners: “My wallpaper and I are fighting a duel to the death – one or the other of us has to go,” he quipped.

It was a collection of storminess, sentimentality, vanities, and melancholy. There were brilliant flashes of modern rebels and rejects also – two apt terms for Wilde in the tragic later stages of his life. Some Lee McQueen nods to punk were present, in safety pins clustered beautifully down the ear, and studded leather collars, as well as a very Cobain moth-bitten cardigan.

Clothes for the modern antihero. As Wilde said himself, “if one is to behave badly, it is better to be bad in a becoming dress.”