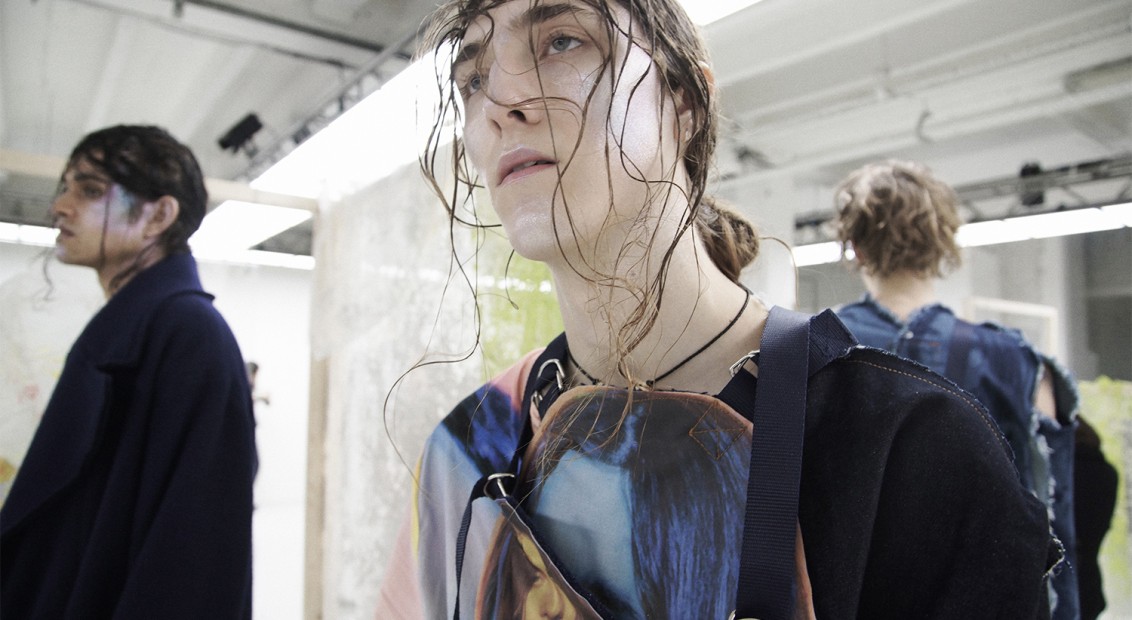 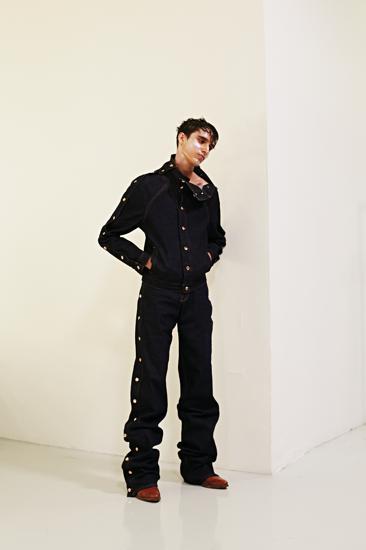 Hazel Gaskin worked with Alex Mullins this FW16 season on his idiosyncratic, photographic textiles. The ‘process of boredom’ was core to his conceptualisation, which sounds strange, but it ain’t.

Focusing on the mundane can lead to somewhere creative. Mullins proved that yesterday. A line describing his inspiration stood out clear: “romanticising the idea of waiting for the bus in the cold.” Annoyed, wet (models’ hair were made to look drenched) and possibly over-thinking about mind-boggling shit because you have nothing else to do – these were notions and behaviours captured in those dark-and-early nights and syphoned into chunky jackets, ripped and shredded denim and large, engulfing overcoats.

Prints were conspicuous – and not shy with the colour, either – while denim jeans and jackets were fastened horizontally in the most unconventional but compelling way. Mullins’ colourfully patterned, dark-and-gloomy boys were a storm. 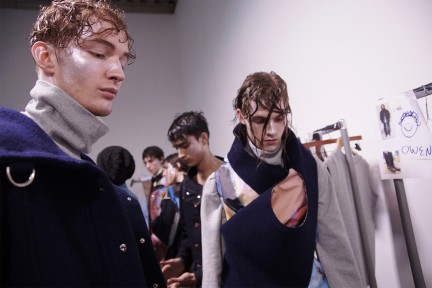