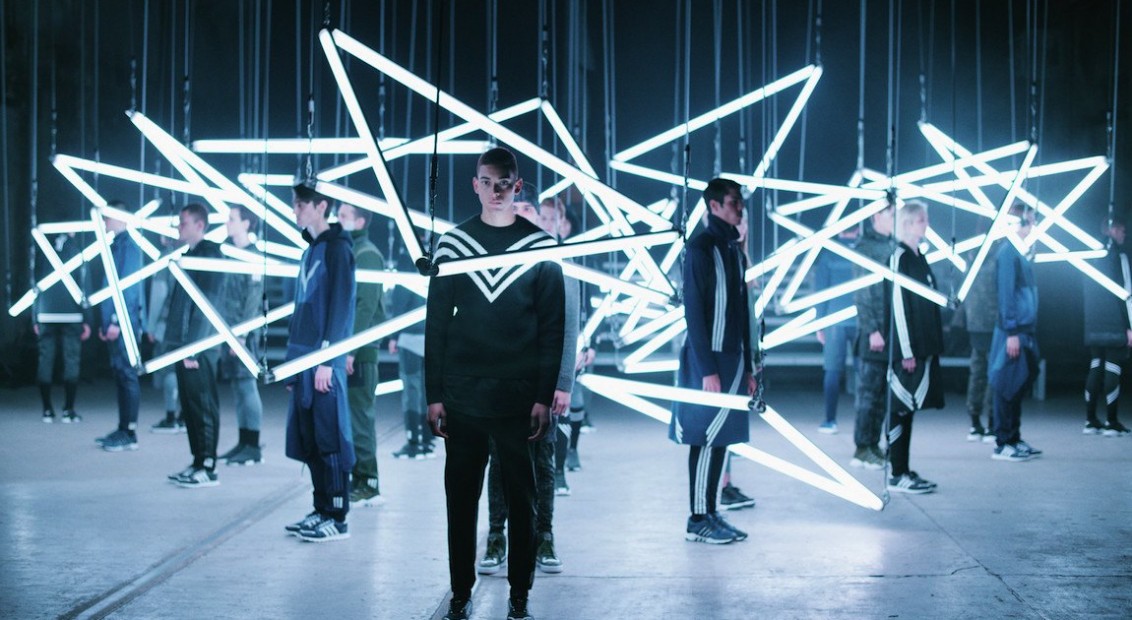 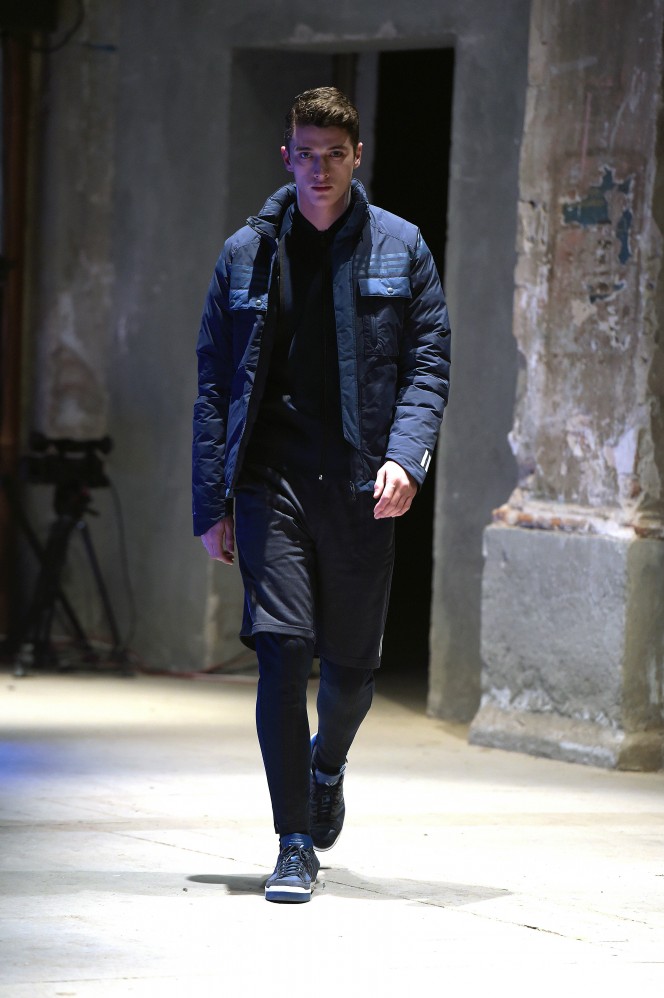 Founder and Creative Director, Yosuke Aizawa, created White Mountaineering in 2006 and had his European debut at Pitti Uomo 83 for FW back in 2013 – this season marks Mountaineering’s return to the biannual menswear event with Adidas’ creative expertise.

“Instead of doing the usual fashion show, we are thinking very deeply about how we can best express the originality of thinking that comes through our collaboration,” said Yosuke Aizawa of White Mountaineering. And original it was: models kitted in the collaborative gear walked out and stood statically in a five-by-five, triangle formation before three-sided, tubular lighting descended over the models. (At a guess: the three sides were a play at Adidas’ three-stripe branding.)

Both brands’ core aesthetics were melded symbiotically. Aizawa’s motto for his brand, after all, is: “(1) design, (2) utility, (3) technology”. And Adidas’ athleticism is a well-established call-sign for a generation of casuals, urban millenials and sports players. Affinities for design are demonstrably shared. Take the pullover hoodies with their kangaroo pockets, cowl-necked coats, trench coats and leggings made from technical fabrics or the utilitarian components dotted across zip-fastened jackets and gilets – they’re a combination of characteristics that lie comfortably within both tribes.