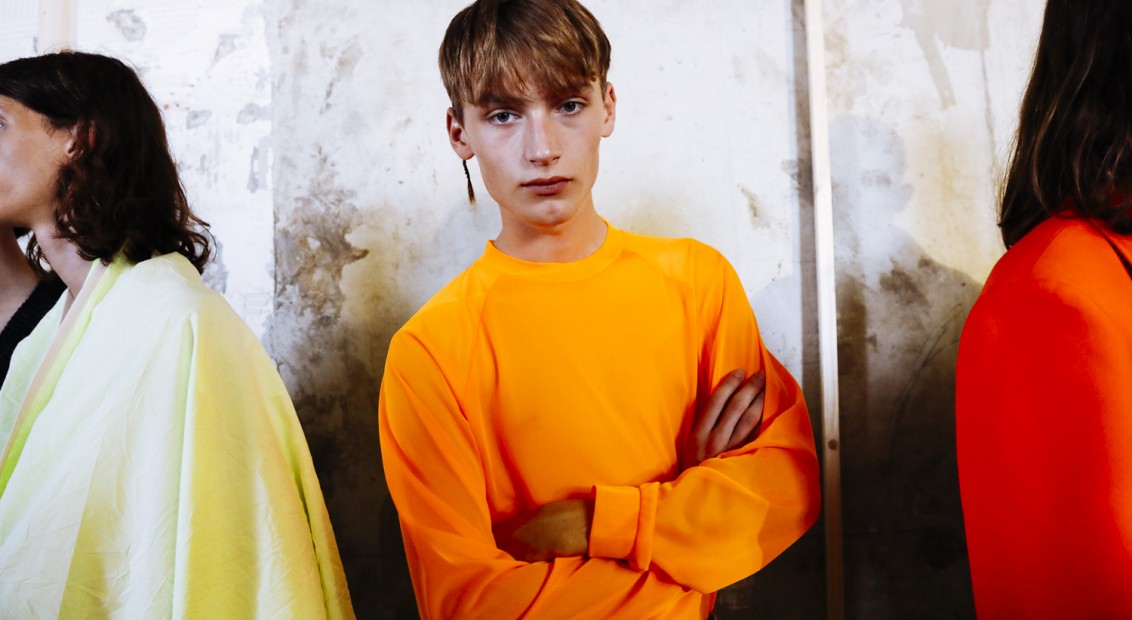 Rip it up and start again

“What would happen if, when you described a pair of jeans, you were actually talking about a blouson?” This was the question posed by Acne Studios’ creative director Jonny Johansson, and the springboard for his SS19 collection.

Centred on ‘purposeful misinterpretations’, the designer toyed with guests’ perceptions: natural fabrics appeared artificial, garments cut and constructed as if something else – as if the studio blueprints had been shuffled around – and unusual details surfaced throughout.

A M-1965 field jacket came chopped, screwed and reimagined as a city coat, polo shirts were repurposed as cuffed outerwear, jeans were cut as jackets, complete with belt loops at the waist, and acid colours flew across linens ad wools to give models’ an eery glow.

Appearing like stacks of jewel-hued rocks, on the catwalk stood illuminated glass structures created by artist Dawn Bendick, creating a strange new world for the collection to inhabit. 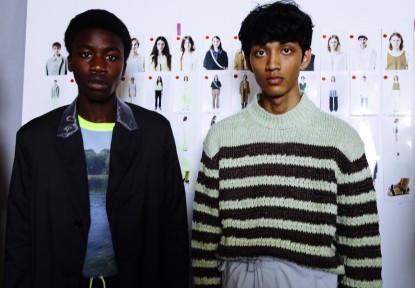