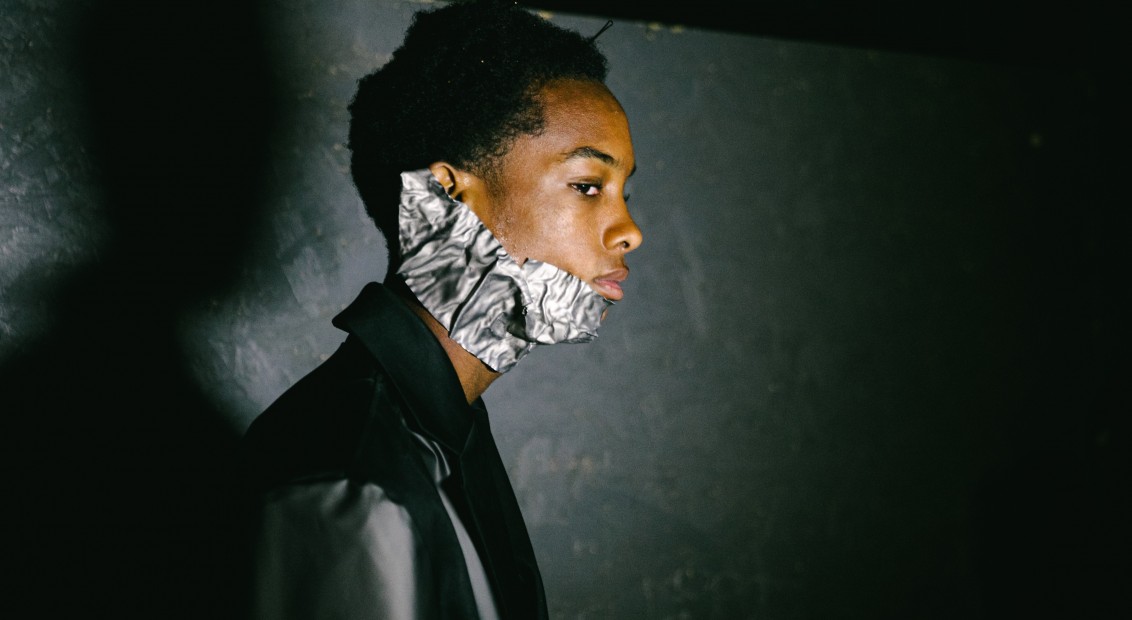 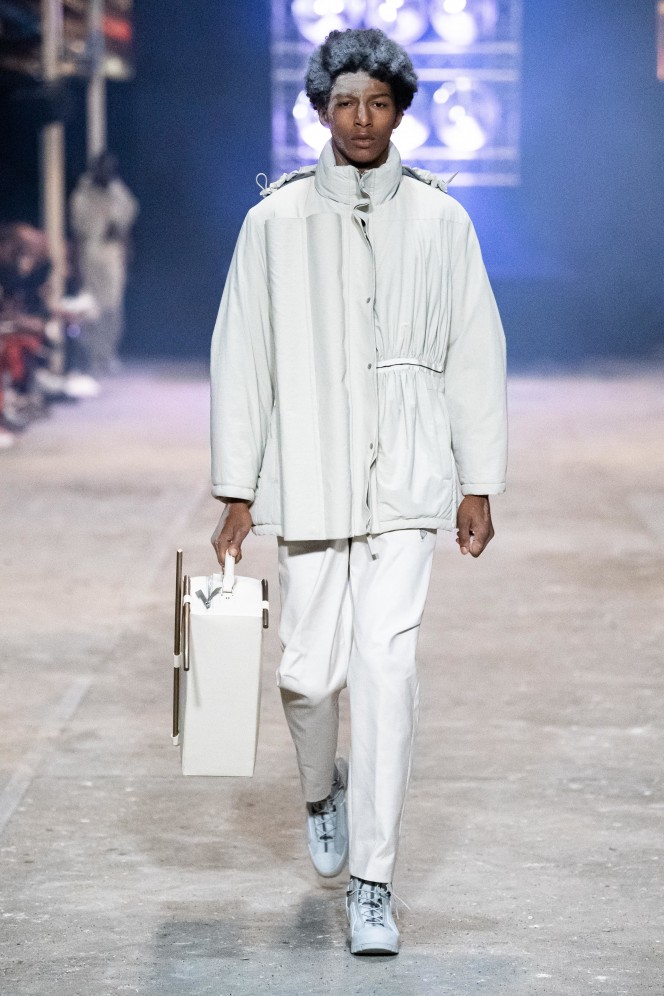 In an industrial chamber of London’s new nightclub mecca (and former print factory) Printworks, Samuel Ross presented a study on materiality, characterised by sculptural hallmarks typical of the designer’s holistic vision for the brand.

Surrounded by muscular engineering and a legacy of production, the venue added to the show’s conceptual premise of understanding our engagement with the material world. Under the spotlight were clay, lead, water and glass – “the scaffolds of society” according to the show’s release. This is the latest chapter in Ross’ multi-faceted social design project, one that continued the idea that greater societal altruism can be achieved by understanding the interactions, spaces and emotions that are governed by material.

Outerwear – a consistently strong facet of Ross’ design repertoire – once more took centre stage. This time, the highly technical, panel-cut pieces swinging with cords (the kind that has developed into A-COLD-WAll* signature) were accompanied by refined, paired-down tailoring. Each look referenced at least one of the four materials in colour, texture or form. Brutalist elements combined with more sensual fabric techniques – garments were either draped, pleated or bunched in a way that underscored tension between texture and form. Asymmetric bags, slung over the shoulder or held in hand, evidenced Ross’ continued admiration of British sculptor Anthony Caro, a signature aesthetic Ross has now mastered. 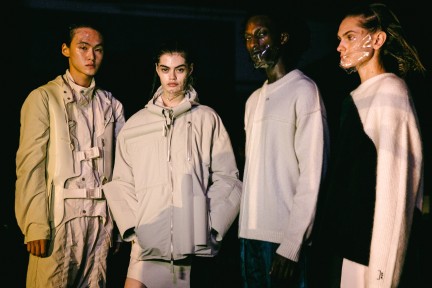