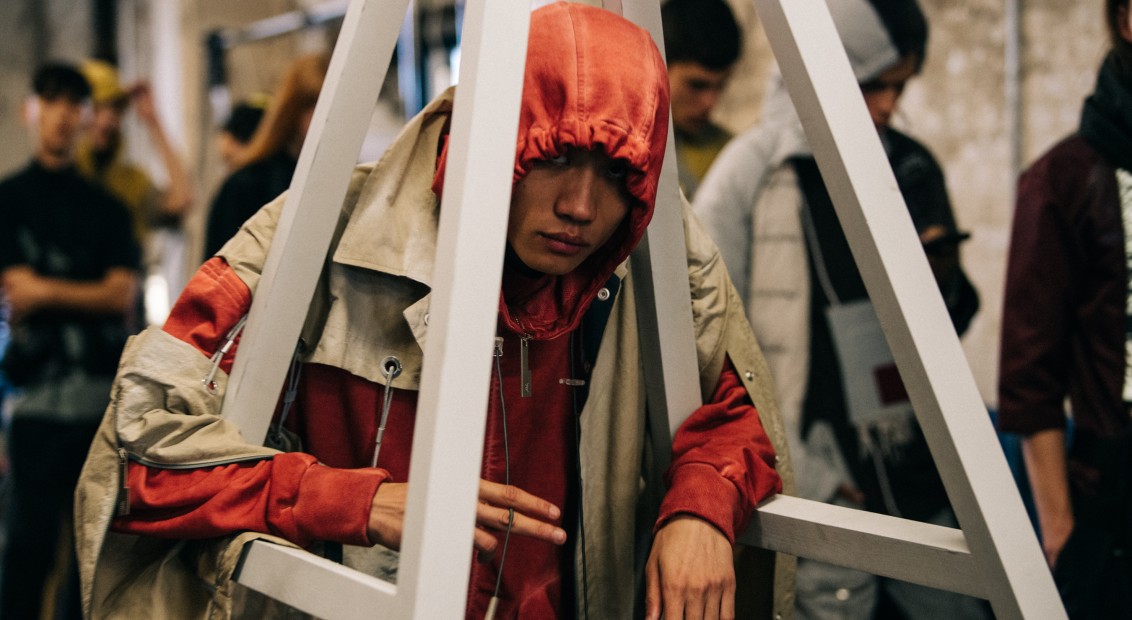 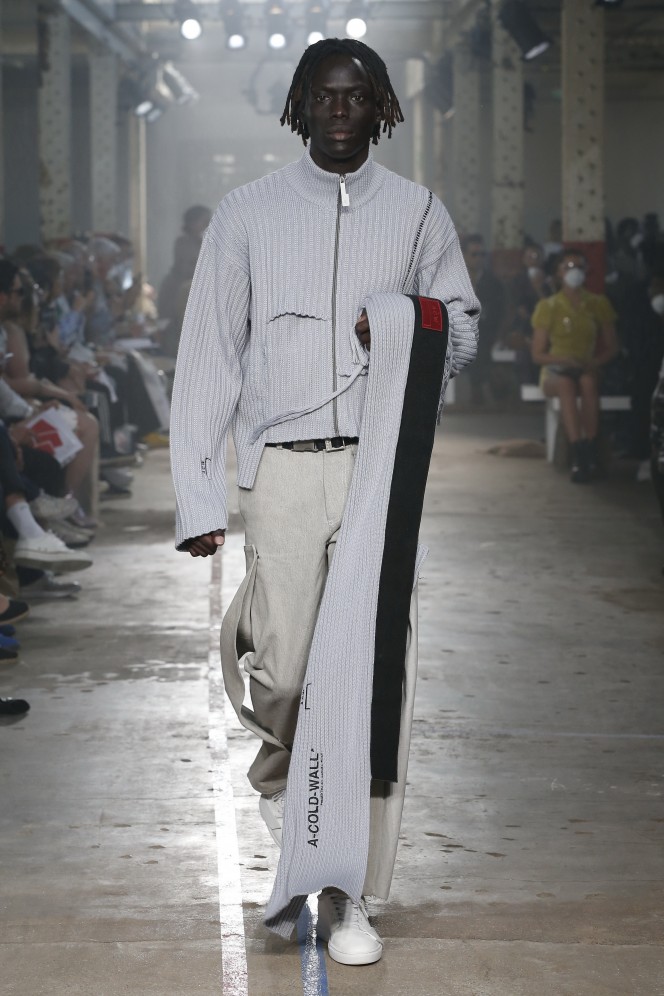 The rise of Samuel Ross from jobbing graphic designer to LVMH Prize finalist is nothing short of sensational. In barely two years, he’s established himself as one of London’s savviest design voices — with a little help along the way from Virgil Abloh, who was sitting front row to watch his protégé’s most ambitious collection yet.

With guests invited to wear protective gear – including earplugs, goggles and face masks – Ross’ SS19 collection felt elevated, and not just because of the industrial setting of the Old Truman Brewery or the theatrical staging that involved a troupe of dancers painted grey from head to toe carrying huge geometric sculptures. Following investment from a London-based conglomerate earlier in the year, the fit and construction had a visible new polish.

Titled ‘Human. Form. Structure’, it was a narrative that played out via the clothing and performance. Clay covered figures acted as mysterious stage hands, moving as a unit carrying models inside architectural structures; the finale saw them push a water-filled polystyrene cube onto the runway, only to subsequently smash it to reveal a naked man in red body paint and a patent detachable hood. Thinking outside the box – quite literally.

While Ross’ cerebral approach to design can sometimes end up feeling a little cluttered, this collection was a powerful statement of intent — his success is an impressive example of those on the business side of the fashion industry waking up to streetwear’s significant financial clout.With the funds behind Ross to offer a fully realised window into his off-beat way of thinking, it’s clear he’s just getting started. 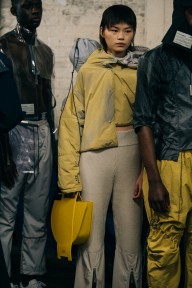