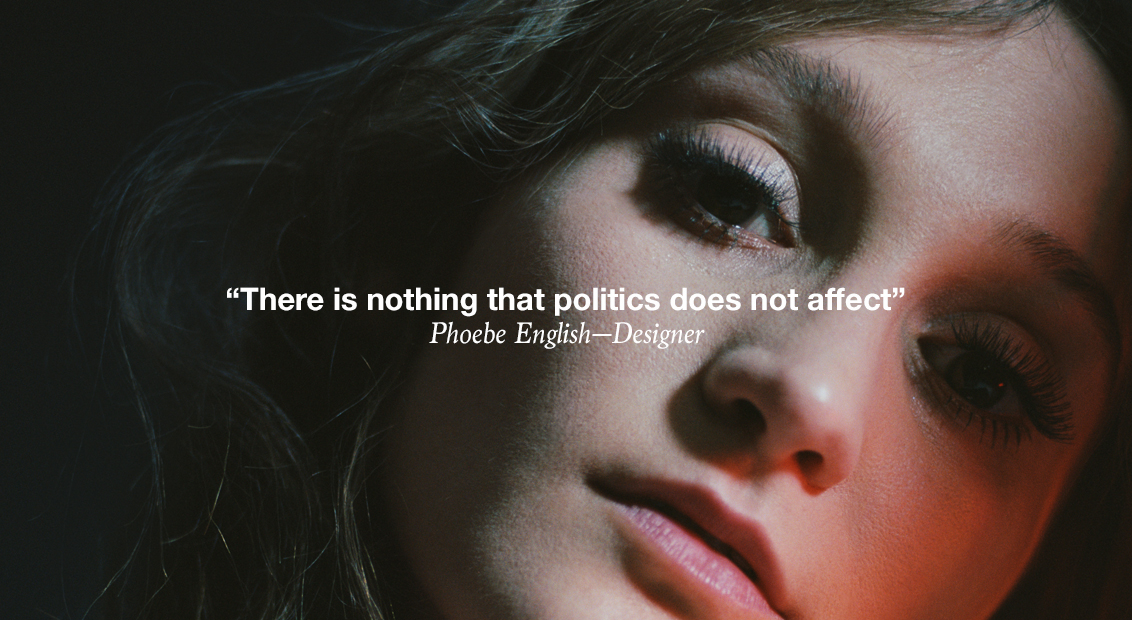 So you’ve registered to vote in the upcoming UK general election. Now comes the big decision that directly impacts YOUR future. Still undecided? We’ve asked some of the UK’s creative talents which way they will be voting come 8th June, and why their decision makes sense for the country’s future generations. Hint: SHOW UP and make your vote count.

Phoebe English is a fashion designer and artist based in London. Having carved her niche with her complex womenswear, she successfully branched out into clothes for men, stripping things back to find a simpler course inspired by what her boyfriend, family and friends like to wear.

Everything English makes is entirely created in England, dreaming and creating out of her South London studio. English’s FW18 menswear presentation will be held this Friday 9th June, one day after the UK general election. Here, she tells us how she’ll be voting and why, and why this election represents a crucial moment for the UK’s fashion industry. 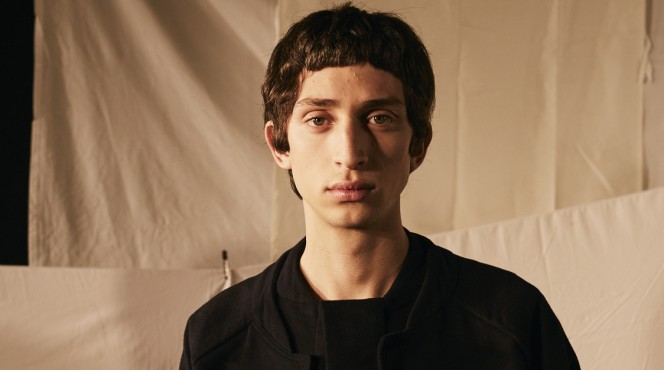 How will you be voting in this election and why?
“I’ll be voting for anything other than the Tories.”

Why is it so important for young people to vote?
“There is not enough space on this page to say how important it is! It is the only way you can use your voice to stand up not only for yourself but for the most vulnerable people in our society. Choosing the right person to vote for means you have the right representative making decisions on your behalf and deciding about legislations which will directly affect you, the world and the people around you. There is nothing that politics does not effect.”

“There is nothing that politics does not effect.”

How do you feel the outcome of this election could impact you as a designer? How might it impact your peers in your industry and friends? And more broadly, our generation?
“The thought of having a Tory government for the next fourteen years is extremely daunting, a hard Brexit will be disastrous for my industry and peers, not only this but a Tory government will do little to nothing for our environment, the people most in need of help and for those who are surviving without any money – despite what they saying. Owning almost all of our press doesn’t mean what they are saying in it is true.”

Anything else you’d like to say on the subject?
“Nationalism is a dangerous path, as history has proved time and time again. A government which initiates a hard Brexit will make divisions that could take lifetimes to repair.”

The UK General Election of 2017 will take place this Thursday, 8th June. To find your nearest polling station, head here.
For more information on the election, refer to this excellent guide by the BBC, here.