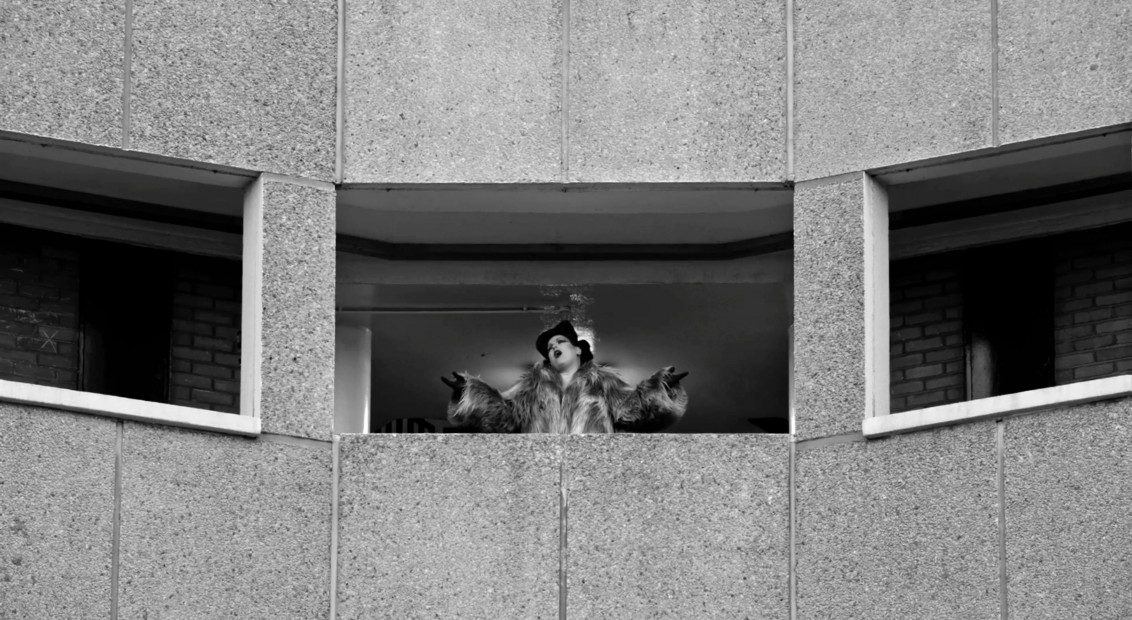 Pugh pays homage to Del Rio’s Mulholland Drive performance, where she sings Llorando (a Spanish-language version of Roy Orbison’s Crying) before collapsing on stage. This time, the smokey-eyed Del Rio resembles a 1930s starlet as she sings the intense a capella from the balcony of a brutalist estate – more Brunswick Centre than Santa Monica. The film also includes a quote from William Shakespeare’s King Lear that reads; “Tis the time’s plague when madmen lead the blind”.  Charged with political undertones, Pugh describes the scene as “an iconic visual conceit, and a fitting metaphor for truth in a post-truth arena.”