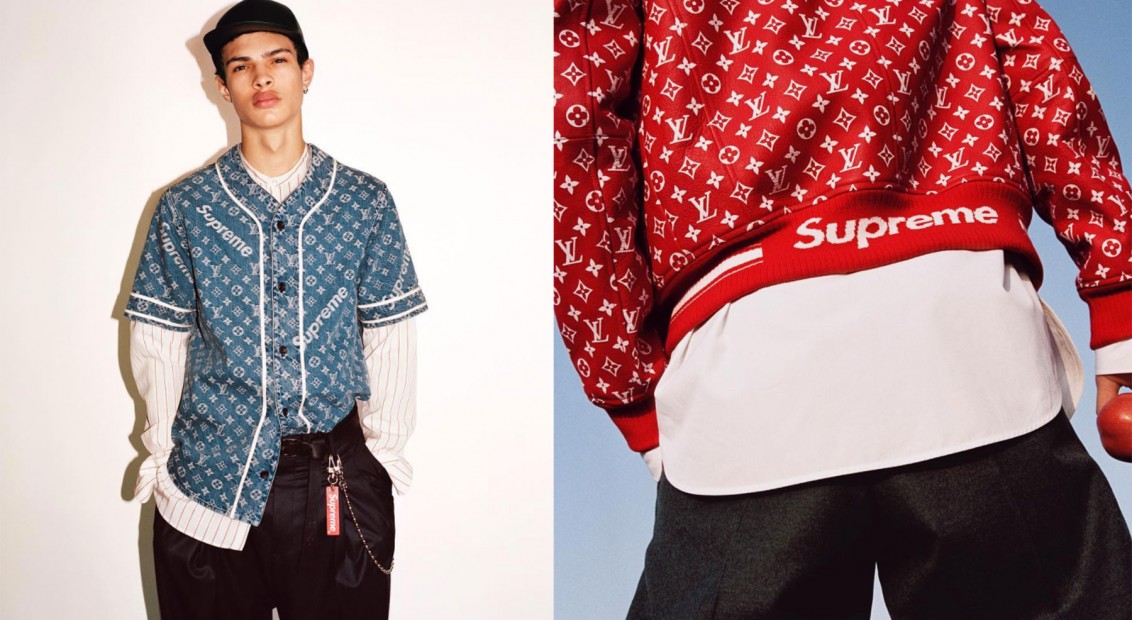 After weeks of speculation and social media frenzy, Louis Vuitton today unveiled its widely anticipated collaboration with Supreme at Paris Men’s Fashion Week. Kim Jones, the men’s artistic director at Vuitton explained what inspired the partnership in an exclusive interview with WWD.

“You can’t have the conversation of New York menswear without Supreme right now, because it’s such a massive global phenomenon,” Jones said. “I used to work when I was at college unpacking boxes of Supreme at a company in London that distributed it when it was just starting out, so it’s something I’ve known all along in my life. I just feel that the strength of their graphic versus the strength of the Louis Vuitton graphic, and that kind of Pop Art feeling — it works together perfectly,” he added.

The collection, which debuted this afternoon in the Louis Vuitton FW17 show, will feature co-branded denim, military jackets and a complete accessories range; highlights include scarlet bandanas, camouflage bumbags and slick 80s style loafers all covered in the Vuitton monogram and Supreme logo.

Smart, but street-smart. A look from the Louis Vuitton Men’s Fall-Winter 2017 Collection by @MrKimJones, designed in collaboration with @SupremeNewYork. #LVMenFW17 #LVxSupreme Photo by @HarleyWeir